The Tiger energy drink brand has found itself at the center of a ferocious PR storm after an advert published online backfired in style. The ad, depicting an obscene hand gesture, appeared on Instagram on August 1 – the anniversary of the 1944 Warsaw Uprising – along with a slogan urging people to essentially forget the past and instead look to what’s important: the future! 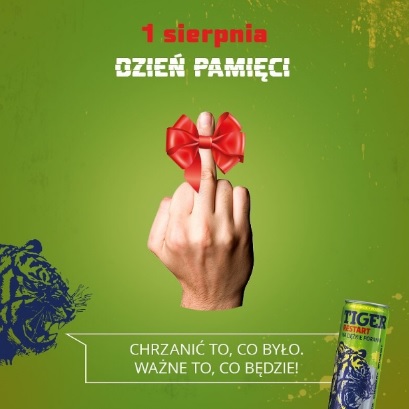 Universally condemned, the ad was quickly pulled, however, not before Tiger found themselves engulfed in criticism. The beverage brand have since responded by issuing a simpering apology and by making a donation of PLN 500,000 to a veterans organization. 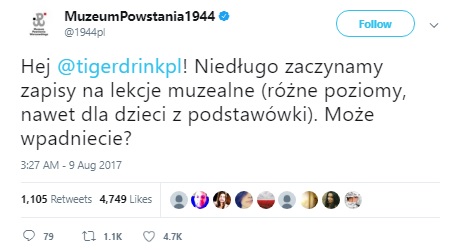 Yet amid the outrage and anger, the Rising Museum have emerged victoriously from the mess after a humorously inviting Tiger to participate in their forthcoming educational classes: “they’re aimed at all ages,” read the Tweet, “even towards primary school children – maybe you’d like to come along?”