chef3 coronavirus12 foodie news32
WI: We knew about the virus for months, yet it seems every single country in Europe was surprised when it hit them. As an...

Seen as culinary royalty, the Insider’s reigning Chef of the Year, Aleksander Baron, takes time out to chat about the consequences of the Covid-19 crisis.

WI: We knew about the virus for months, yet it seems every single country in Europe was surprised when it hit them. As an industry, should the restaurant world have taken more notice?

AB: We have a proverb in Polish – mądry Polak po szkodzie – which means it’s easy to be a wise (Pole) after the event. I guess that applies to everyone, not just Poles. For starters, human nature can be tricky; we tend to downplay the threat until the very end, thinking: “it’s gonna’ be ok”.

We were aware of the jeopardy, but to be frank, no one could anticipate what has happened. Second of all, nothing like this has ever happened before in post-war Europe. Of course, we heard of the SARS or the MERS virus, but the scale was different, we knew it more from the news and not as a real threat. I’m not trying to justify anyone, neither the industry nor the government, just making a point. 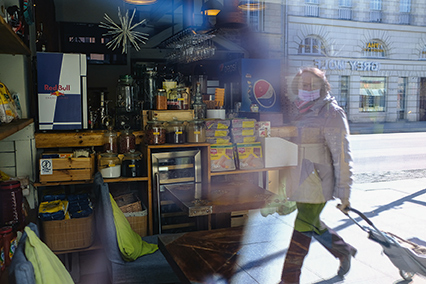 Will things ever be the same again?
I see two principal possibilities. When the quarantine comes to an end, everyone is overcome with happiness and everything thrives: both the restaurant industry and others. We go back to normal, everyone is happy, and as a society, we don’t learn any lessons. There’ll be capitalistic whispers about the ‘great opportunities’ ahead and only the leftover supply of face masks, anti-bacterial gels, pasta and rice will remind us of what we went through. And, of course, we’ll all have learned how to wash our hands properly. But there’s a second scenario; we return to normal but are more aware. We redefine our needs.

Honestly though, I don’t believe that the world will change, nor do I believe consumerism will diminish. It’s human nature that we immediately forget the bad things that just happened. There’s also, of course, the worst-case scenario: that the coronavirus doesn’t go away and, after a respite in the summer, it returns and brings with it another catastrophe. I don’t know if that’ll happen or not, but I want to stay optimistic.

What’s the bottom line for the restaurant world?
It’s bad. Usually restaurateurs don’t save money; it’s a flowing business in which not many make long-term plans – they exist month-to-month, occasionally quarter-to-quarter. With staff costs, rent, bills, loans, there’ll come a point when they’re faced with a choice: should they try and wait it out or should they cut their losses and close? Look up the Alligator Principle to see what I mean. There will be many closures, and not just in Warsaw but also across the whole country. They’ll be replaced by something new, but who knows what that’s going to be?

You’re known for your adventurous approach to cooking, and as such people expect you to be an exotic eater – actually, in a previous chat with us you told us you once ate a rat in China! With what we now know about the dangers of so-called ‘wet markets’, what should happen to them?
You’re right about the rat! I’m always learning, and fnowadays I’d be more careful. I’m not an expert, but let me put it like this: it it’s true that a ‘wet market’ was the source of the virus, then things need to be changed immediately. 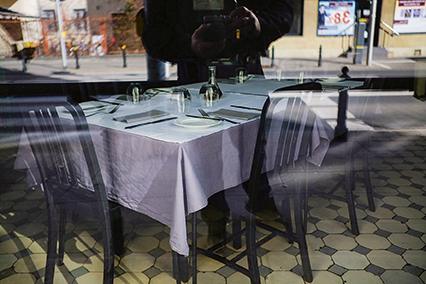 You’re currently in between restaurants, so in some respects you’ve been quite lucky?
I’m not in the worst situation. I had planned on opening my new project in June – a restaurant, grill, vodka and cocktail bar – but I’ve obviously postponed that now, and instead of hiring fifty people for the time being I’ve recruited only ten. I’m more worried about my fellow restaurateurs, chefs and the industry as a whole: there’s hard times coming and we shouldn’t count on any government help.

Will this change how restaurants think and operate?
Well, I’m sure we’ll all have mastered the takeaway! More seriously, I hope we’ll learn to be a little more humble, prescient and cautious, as well as less inclined to romp and rampage during boom times.

What can Joe Public do to help?
Keep ordering deliveries from your favorite restaurants and buy vouchers to use in the future. Also, a good word goes far in these hard times. 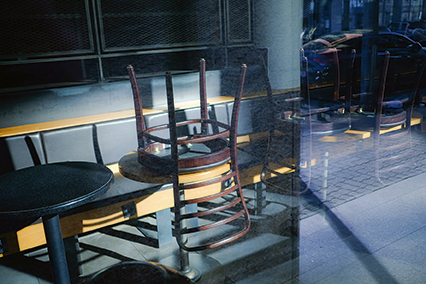 Like all chefs, you’re a workaholic. What have you been up to during these times?
It hasn’t changed things much for me because for the last six months I’ve been working with my team in an office. Quarantine hasn’t given me any extra time, so to speak; working by phone, video and various forms of messaging were part of my daily routine anyhow. The only thing I’ve found limiting is my flat, which is too small. That’s why I’ve returned to my childhood passion: rollerblading. I’m not boasting mind, as I’ve only done it a couple of times!

Speaking of your apartment, what’s in the kitchen!
I cooked Ukrainian borscht three days ago and I’ve been eating it ever since. As for the fridge: butter and eggs – that’s my basic diet. What worries me is the lack of wine I have at home, but at least I’ve got three bottles of peated whiskey sitting on the shelf – for now, that’ll have to do!

What I’m not going to deny is having stocked-up on food ahead of the lockdown. I’m not ashamed of that. As Poles, our historical traumas have been genetically transmitted which explains why we’re so compulsive when it comes to groceries. That’s why I stocked up before any panic. If I don’t end up needing the food, then it at least puts me in a position to help my family, neighbors or any others in need. Going on from that, it’s really warmed my heart to see all these notices and announcements people have made offering help to those less fortunate – for me, I take it as proof that we’ve passed a test of human kindness. 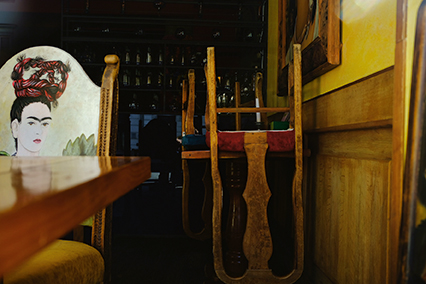 You’re a devoted fan of meat – playing the part of devil’s advocate, I’ll put to you that this would never have happened if the world was vegan. Chef, defend meat!
Come on! These are ridiculous labels! If I told you I loved Scotch would you think that I drink it every day? I’m a huge fan of meat but that’s the exact reason I don’t eat it every day. Moreover, I only eat it a few times a month. You need to know the right measure (at least if you’re an adult) if you want the world to be beautiful! For that reason, no, I’m not going to defend meat.

Even more so, I wish industrial farming would disappear and we could revert to early 20th century habits when we ate ten times less meat. That’d be good for both us and the planet. So yeah, stop with the labels! It’s because of stereotypes like that people think I ferment EVERYTHING and only eat steaks with weird fungi growing on them. You know its bollocks!

I stand corrected! Onwards – any plans for when this ‘ends’?
Whatever I do it’ll be with my friends – I’m a herd animal and I miss the company of people I’m unable to meet now. And I miss greeting guests in a restaurant: hosting people is something I just completely love.

You’re an upbeat guy – give us a reason not to kill ourselves yet!
After the bear comes the bull – that’s the rule! Maybe we’ll come out of this a bit more thoughtful about the product and food in general. Maybe we’ll take more responsibility for our actions and think a little more about our wounded world. And maybe we’ll start caring for our bodies, thinking of the food we eat and where it all came from – that’s my wish for the future, and I apply those hopes as much to myself as I do to others.