Synonymous with trains, the Insider discovers the steamy side to Wolsztyn…

The steam engine belches steam and coal dust. Big, clunking wheels grate on metal rails as we hurtle towards our top speed of 90 km/hr. Every ten minutes the engineer, Marek, bends forward and holds an ear towards the furnace, a huge expanse of coals that sucks in oxygen and spews out intense heat. Steam hisses from cracks in the cast iron, oil leaks from bolts – there are no gauges or signals here. Marek listens to the coals to know when it’s time.

“Fire,” he commands his assistant, Stan, an American who has paid money to clumsily shovel huge spadefuls of coal into the hole every time he is ordered. The giant gates to the furnace clang shut. Marek adjusts a fist-sized bolt with a wench. Sooty smoke descends on us all. The noise is intense. I’m wedged about a foot from the fire-breathing beast, in a cramped, hellishly hot cabin. And I’ve rarely had so much fun.

“It might not be better than sex – but it lasts longer,” is Howard’s favorite quote from the visitor’s book. Howard runs the ‘Wolsztyn Experience’, an organization that offers the world’s only opportunity to help drive a real live steam train – an experience I’ve now officially chalked off. It’s almost entirely due to Howard that this – the world’s last remaining commuter service pulled by steam – still exists. And entirely due to luck that it happens to be in Poland. 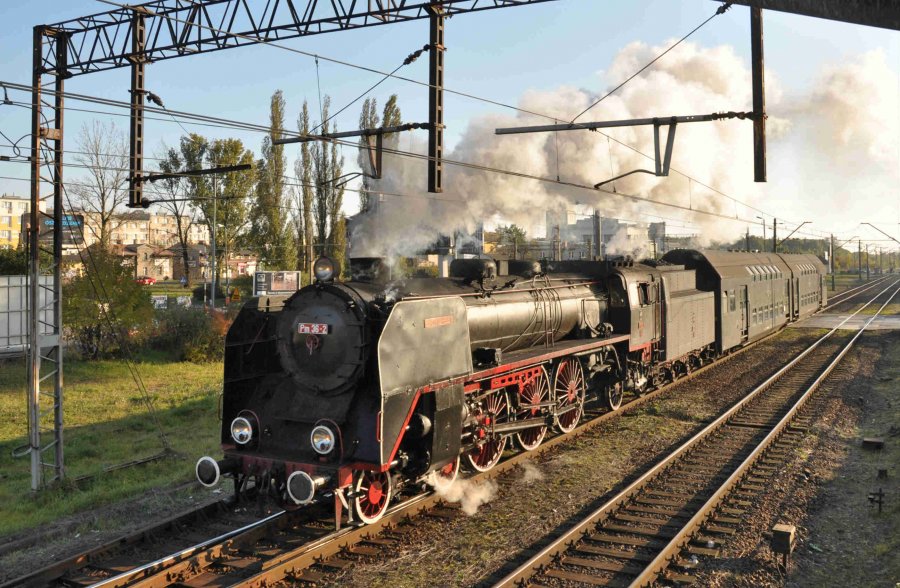 “When I arrived here in 1997, Wolsztyn was the last depot in the world running steam trains on regular services,” tells Howard, a Brit by origin. “We decided we’d stick around to try and see in the new century. If we could make it to 2000 with steam trains still running, we thought that would be pretty good.”

Eleven years later, both the trains and Howard – who received an MBE in 2006 for ‘services to UK-Polish relations’ – are still here. Along with 20,000 visitors each year who turn up to help drive the monsters. And while steam trains still ply various tourist routes around the world, Wolsztyn is the only place where they still run regular scheduled services. And the only place you can actually get on the ‘footplate’ ie. the driver’s seat. “You can go to a zoo to see a lion, or you can go to Africa. We’re in Africa,” Howard says, explaining to me why this attracts steam buffs from across the globe.

Lyle from Sydney, Australia, is one such devotee. “At home you can go back and forth on a track 1.5 km long. It’s a bit like getting a car, and then just driving it round a car park,” he claims. He’s on his sixth trip here and shows no signs of tiring of it. For Stan from Boston, who was in the cabin with me, it’s his fourth visit. “In the US, they’d arrest me for this. You can do it there at 5 km/hr. But you can’t get this experience anywhere else,” he says. The last time he brought his adult son along. “The kids grow up, they don’t have time for you. But he badgered me to do this together.”Howard’s most frequent visitor has been more than 80 times. Clearly, there is something about the experience that touches people deep inside. “It’s the closest a machine comes to being alive,” Howard suggests. “They’re temperamental, to drive them well is a skill and to see the Polish engineers do it – that’s really something.”

I’ve seen firsthand how much skill and physical effort it takes to keep these engines going. Engineers have been known to hang out of the engines in temperatures of minus 10 – at 90 km/hr – to keep the train on schedule. And while they may be relics of an earlier era, they also show us that sometimes, the old ways are the best. “When the first heavy snows fell last winter, the 5.10 diesel service eventually arrived at 6.05 – the next day. The only two trains to arrive on time were the steam locos,” Howard boasts. 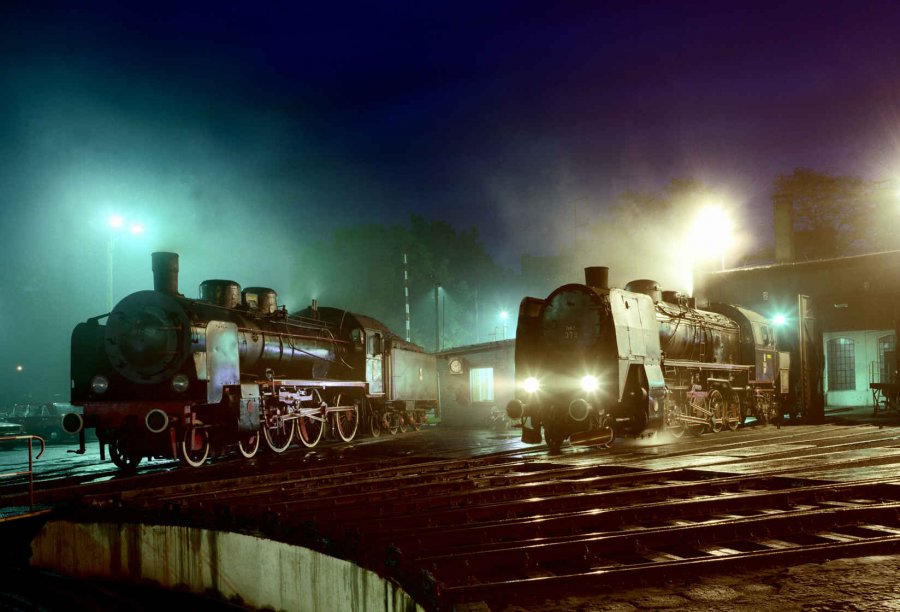 I ask another of the drivers, Janek, what it is about the trains that people love. “How should I know? I’m fed up with them,” grunts the 40 year veteran. Howard laughs when I relay this, countering by telling me about the retired engineer who still turns up at the shed every day to help fix the trains and chat to his old mates. And the one who said, “it’s terrible, being at home with my wife all day. If I’d known I would have faked the medical and kept driving.” The story that sticks, though, is of the engineer who doesn’t come to the annual steam train parade. He can’t face seeing the trains and not being the driver. “It’s hard, dirty, physical work. But it’s a way of life,” Howard summarizes.

Seeing these men at work is like watching a craftsman at his art. An art, sadly, that’s dying. Lyle sums up the problem with one question: “If you were 20, would you want to do this job? When you could get the same money working in a supermarket?” I wonder if time might finally be running out for Wolsztyn’s steam trains. As Lyle notes, “people here have always had steam trains. They don’t see what’s so interesting about them. They won’t understand until they’ve been gone for 10 years that they’ve lost something really special.” Yet, I’m reminded that 10 years ago Howard never imagined he’d still be here. “And even Poles are starting to take photos now,” he points out.

There’s a local Steam Train Museum where Wolsztyn’s trains will always be preserved, whatever happens. I didn’t visit it, though. When you’re in Africa, why go to the zoo?