city news103 Jewish19 Jewish Warsaw24 muranow64 WWII23
Over 100,000 paper daffodils are set to be distributed today by hundreds of volunteers as part of activities designed to commemorate the anniversary of...

Over 100,000 paper daffodils are set to be distributed today by hundreds of volunteers as part of activities designed to commemorate the anniversary of the 1943 Jewish Ghetto Uprising.

Despite constituting a third of the city’s population, Warsaw’s Jews found themselves packed inside an area spanning just 2.5% of the city. The largest of all the 800 or so ghettos in Nazi-occupied Europe, the Warsaw Ghetto was sealed in October 1941with deportations to the gas chambers of Treblinka beginning the following year. On April 18th, 1943, news trickled out that the Ghetto would finally be emptied and liquidated the following day. 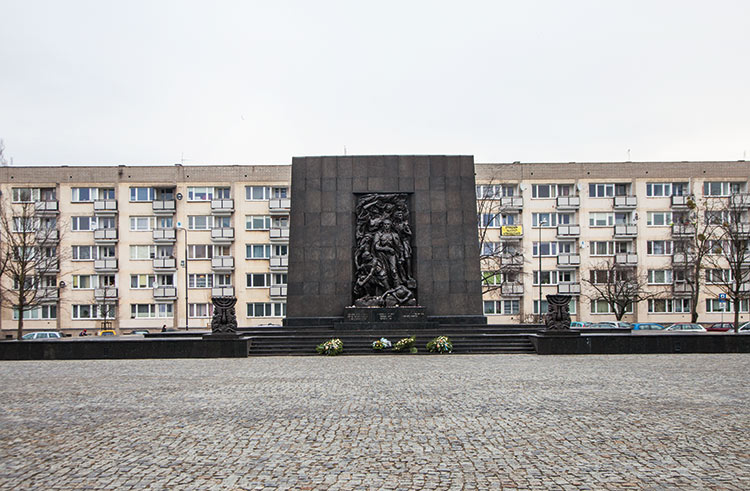 With nothing left to lose those Jews that remained opted to go out with a fight and ambushed the Germans on April 19th , 1943. Although outnumbered and hopelessly ill-equipped (their arsenal totaled two sub-machine guns, 17 rifles, 500 pistols and several homemade explosives), the Jews held on for a number of weeks frustrating German attacks with classic street-fighting tactics. The ensuing battles raged until May 16th, eventually culminating in the symbolic demolition of the Grand Synagogue.

Daffodils have become symbolic of the rebellion ever since veteran, patriot and activist Marek Edelman used to lay bouquets of the flower at the foot of the Ghetto Uprising monument. The daffodils now issued are a direct referral to this. “By wearing them,” explains the leaflet handed out with the paper flowers, “we demonstrate that together we remember those who perished fighting for their dignity.”