art98 gifts16 Polish118 Shopping57
Set over an acre or two off the E30 near KFC in Wesoła lies a Gnoman Empire of enchanting garden figures. This is the...

Set over an acre or two off the E30 near KFC in Wesoła lies a Gnoman Empire of enchanting garden figures. This is the story of one man and his remarkable passion.

If you don’t love what you do, then there is no poindoing it”. It’s on this set of rules that 79-year old Antoni Adadyński, the owner and creator of Adax, has lived his life. A gnome and animal figure gallery, film set and garden furniture store, Adax (adax.waw.pl) is an enchanted strip of land where the Wizard of Oz meets Ranczo. After a firm handshake, Pan Antoni, who has been developing the site since he bought it in 1980, explains that he started by selling tyres and peat from two shipping containers that still stand there today. Later, he branched out into breeding parrots, black swans and peacocks. “I’ve never worked an 8-hour day, it’s only ever been 24,” he says, and the pigeon loft, chicken coop, aviary, summer cottage, 16-person BBQ party house, store, workshop and partially-built WWII monument stand testimony to the dogged pursuit of his uncompromising vision.

Now, the animals for sale are made of fibre glass and stone, and include bears, bulls, horses, frogs, turtles, more dogs than the away end at Crufts and rabbits. A row of lions sit proudly at the entrance, stopping a group of excited gnomes from escaping. A huddle of angels loiter next to some unruly cherubs, while apple-cheeked boys whisper among themselves. The largest and most impressive figures are a scary Triceratops and two T-Rexes, though Charlie Chaplin, a bodybuilding champion and a fat chef seem to be unconcerned about the presence of these Cretaceous period anachronisms.
Pan Antoni admits that the place has already seen its glory days. “Sixteen people used to work for me here,” he explains. “There wasn’t even time for a cup of tea, now it’s just me, and my wife and grandson who help out sometimes.”Among all the exotic chattel, Pan Antoni stands out as the most colourful and interesting character. With mutton-chop sideburns and an amber-encrusted cross draped outside his Levi’s shirt, he tells of his past work as a shipbuilder in Gdańsk, as a social worker, and an entrepreneur battling socialist ideology and bureaucracy to produce rubber automotive components, Italian-style shoes and even a popular magazine for housewives. A patriotic Pole and keen historian, Pan Antoni sheds a poignant single tear as he describes the Polish blood wasted at Monte Cassino, Poland’s later betrayal by the Allies and the absence of Poles at the victory parade in London in 1946. So strong are his feelings that his current project is a scale model of the abbey at Monte Cassino perched on a small mound next to the birdhouse. Plans are well afoot, with turf leading to the ramparts already laid.

There is even a replica of Wojtek the bear, who was purchased in 1942 by soldiers in the Polish II Corps in Iran. The bear reached the rank of corporal in the 22nd Artillery Supply Company, had a penchant for marmalade, took his meals in the mess tent with the other soldiers and excelled in wrestling, winning all his bouts with the loser invariably getting his face well licked. After the war, Wojtek settled in Glasgow, became a local sensation and joined the Polish Scottish Association, regularly attending meetings at which he often enjoyed a beer with other members.

But the mood darkens when we talk of the future. Pan Antoni bemoans the arrival of big-box hypermarkets and DIY stores that have taken away many of his customers. Indeed, magical violin-playing elves could be counted in greater numbers during my visit. The benefits of Warsaw’s stratospheric leap into economic Eldorado haven’t been spread evenly and neither Pan Antoni nor his inspired creation will be around forever. Go and see them now while you can, and maybe even buy something while you’re there. 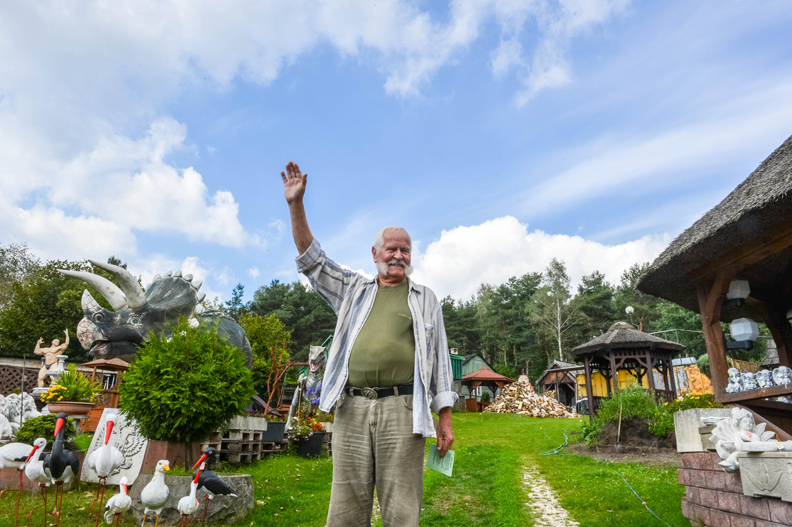 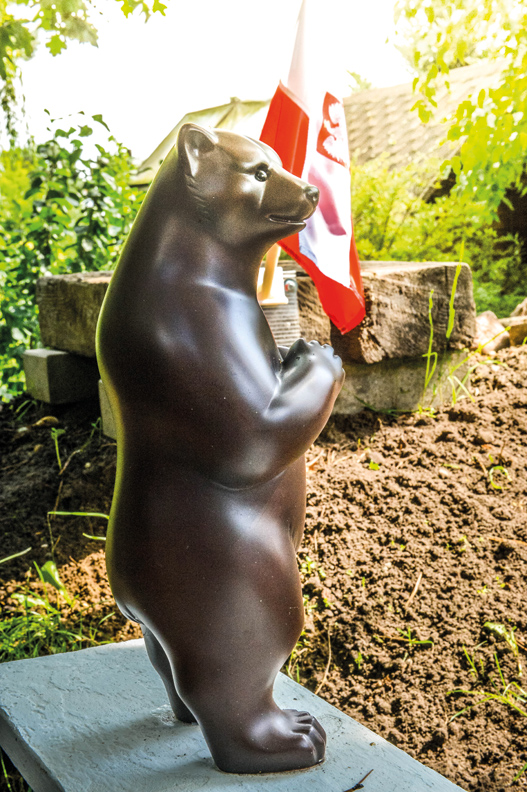 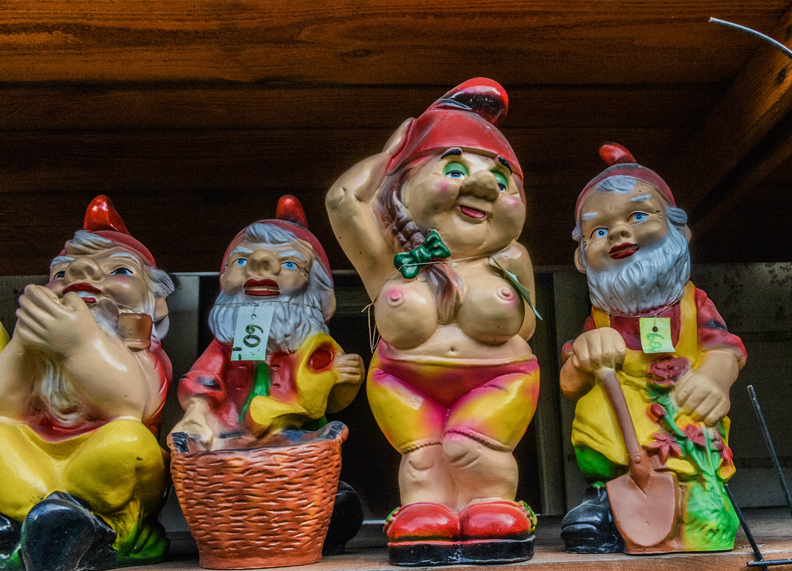 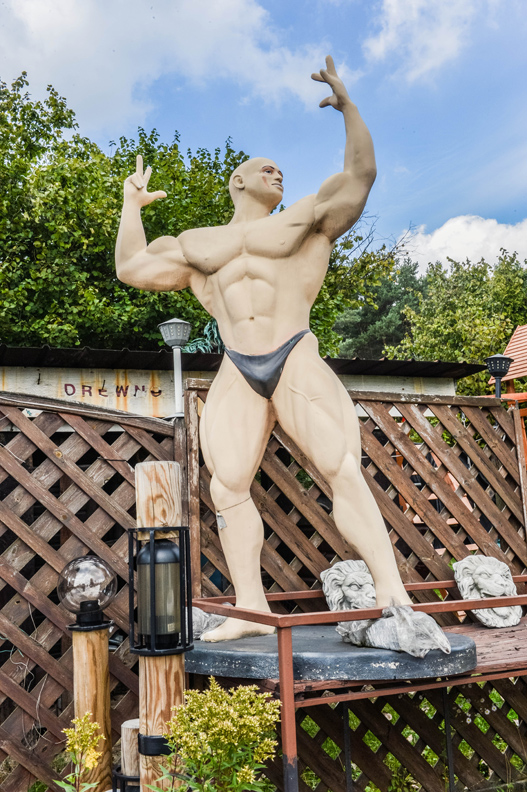 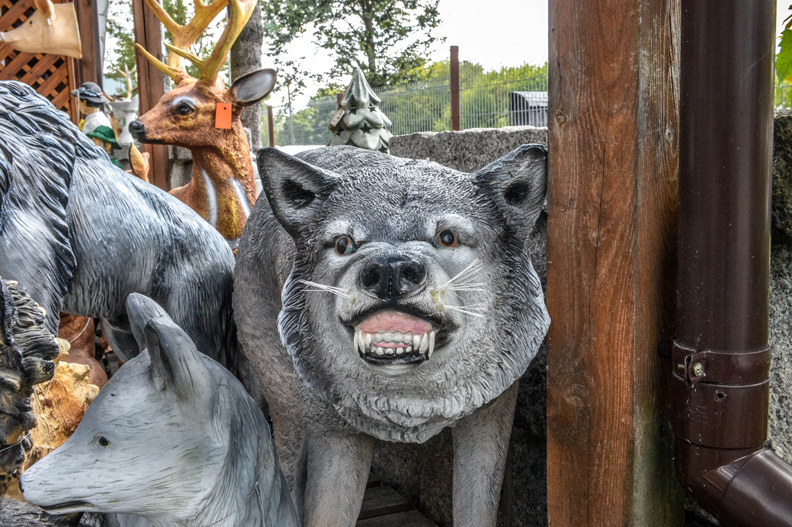