Having already left a trail of millions of addicts the world over, Poland is the latest country to fall under the spell of Latin
ceviche… 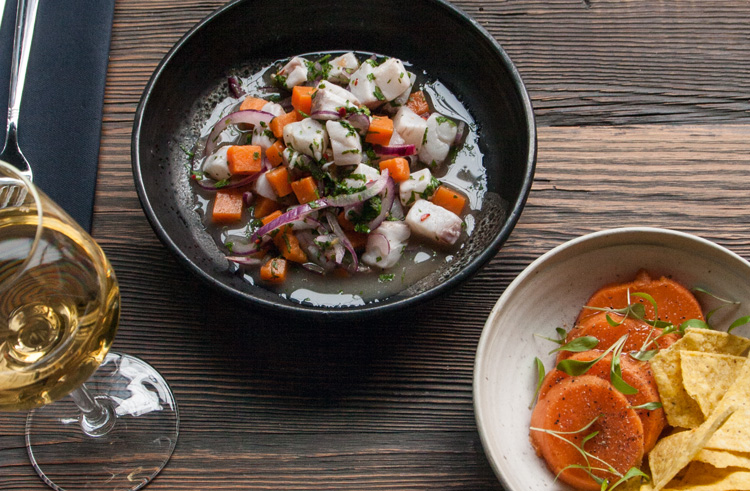 It had to happen – and it has. After burning through Western Europe, ceviche has continued its journey around the globe and checked into Poland. And that’s good news for all of us hopelessly hooked on this South American delicacy. For the rest, say those who’ve been shipwrecked on a rock the last year, this latest world food fad is as basic as they come: raw fish marinated in a mash of citrus juice and spice. The result is an irresistibly addictive rush of fresh, spiky flavors that explode in the mouth in a shower of zing: such is the effect, everyone remembers their first time.
Granted, ceviche has been appearing on an increasing number of menus lately, but it’s only now the country can boast its own dedicated ceviche bar. And it’s called, Ceviche Bar.

Short on innovation that might be, but you understand why – with an epidemic of ceviche bars expected to follow, it seems sensible that head chef and proprietor, Martin Gimenez Castro, has marked his territory with a name that suggests ‘we were the first’. “For sure I’m expecting ceviche bars to take off,” says Gimenez Castro, “so I really wanted to get this place off the ground as soon as possible – I didn’t want to be the second, to be seen as copying someone else.”

Already celebrated for his fine dining Salto restaurant, his latest venture has, to some extent, been the realization of a dream: “In Salto,” he says, “we experiment, we create surprises; but here it’s the reverse. It’s simple, ceviche isn’t something that I’ve invented. This cuisine is something like 1,000 years old, so I’m not surprising anyone with magic tricks – there’s no foam or caviar, it’s just about the flavors.” Most of all, it’s about Gimenez Castro being himself: “I felt like I needed somewhere like this to explore my Latin emotions. It’s commonplace in many countries for the top chefs to have a second restaurant, like a small tapas bar where they go and have fun after work, and that’s kind of the idea here – while Salto is all about precision and concentration, here I wear jeans and a t-shirt, there’s a DJ, people are drinking cocktails, it’s a place where I’m myself.”

And gosh, that appears to have struck a note with the public. Regularly packed to bursting, it’s taken off in a way that’s had some bloggers tipping ceviche as the next sushi-style trend. “I’m not a huge fan of that comparison,” says the chef, “you just can’t compare the taste of sushi to ceviche – you really feel something with ceviche!” 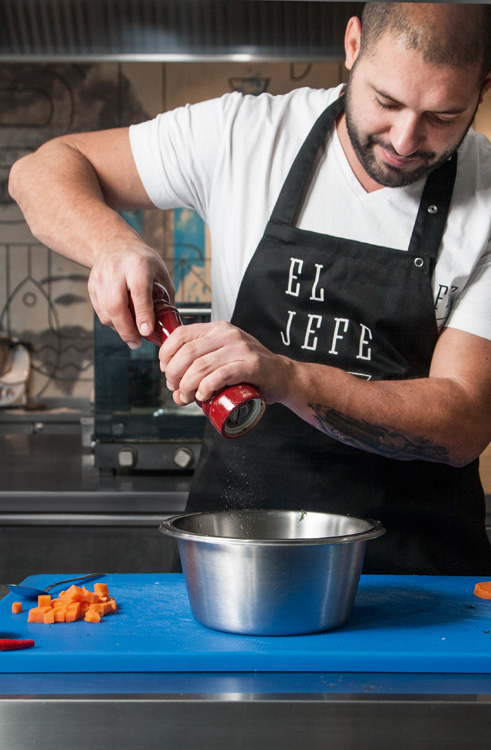 A proud Argentinean – as the mural of Maradona might suggest – Gimenez Castro is quick to extract himself from the patriotic tug-of-war that ceviche has inadvertently caused: “it’s not an Argentinean dish, ceviche, and you won’t find us fighting over it like the Peruvians, Chileans and Bolivians do: each of them think they invented it. The truth is, ceviche bars are fantastic wherever you go in South America: it’s harder to find a shitty place than a good one.”

And here lies the key to both Ceviche Bar and the ideology of the chef: “ceviche doesn’t belong to any one nation, and neither am I trying to represent a particular one,” says Gimenez Castro. “I’ve had Peruvians say to me, hey, how come you make salmon ceviche, we don’t do that in Peru – and I say, well, I’m not a Peruvian restaurant. There’s many Peruvians living out here, and if they want Peruvian food then they should open a Peruvian restaurant! I don’t want people to think I represent a country, because I don’t, what I want to do is represent South America.” And that, given the praise being heaped his way, is something that Gimenez Castro has been successful in doing.