As impressive as it is from the outside, Warsaw’s University of Technology is proof that real beauty lies within… BY ALEX WEBBER / PHOTOS BY KEVIN DEMARIA

Officially rated as Poland’s top seat of higher education (okay, joint top alongside the University of Warsaw) the local University of Technology (formerly the Polytechnic) has a laudable reputation that extends abroad: among others, notable alumni include Henryk Magnuski (one of the figures credited with inventing the walkie talkie) and Stefan Kuryłowicz – the architect widely hailed for hauling the city into the 21st century with his groundbreaking designs (e.g. Focus Filtrowa, Centrum Królewska, Wolf Bracka, etc.). 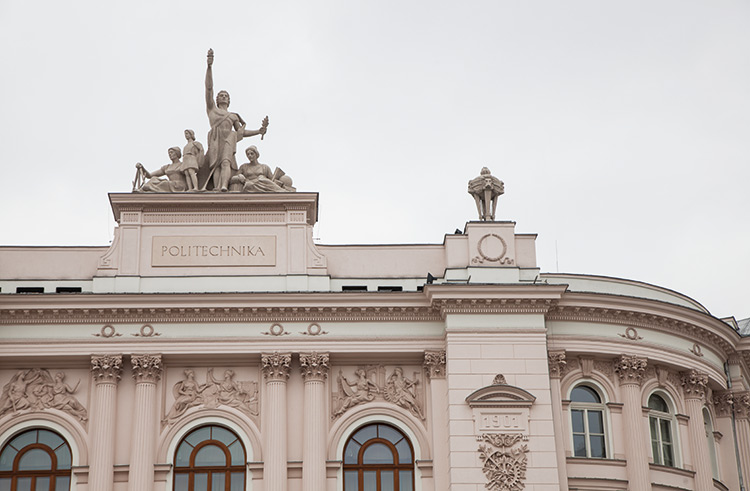 Curiously though, perhaps the most famous graduate is actually fictional. Better known as one of the greatest super villains the world has ever seen, Ernest Stavro Blofeld earned a degree in Engineering and Radionics at the Poly during the inter-war years, before going on to become the star turn and evil mastermind in many of the James Bond books and films. And neither is he the only megalomaniac that the Poly has churned out: according to research conducted by Rzeczpospolita, around one in nine of the Presidents and CEOs at the head of Poland’s top 500 companies graduated from the University of Technology.

First established in 1826, the institute kicked off its life with 44 students spread across four departments: Chemistry, Engineering, Business and Mechanical Engineering. However, the November Insurrection (essentially a rebellion against the ruling Russians) that broke out five years later had disastrous consequences and the Tsar ordered its closure as part of his punitive measures against the vanquished Poles. 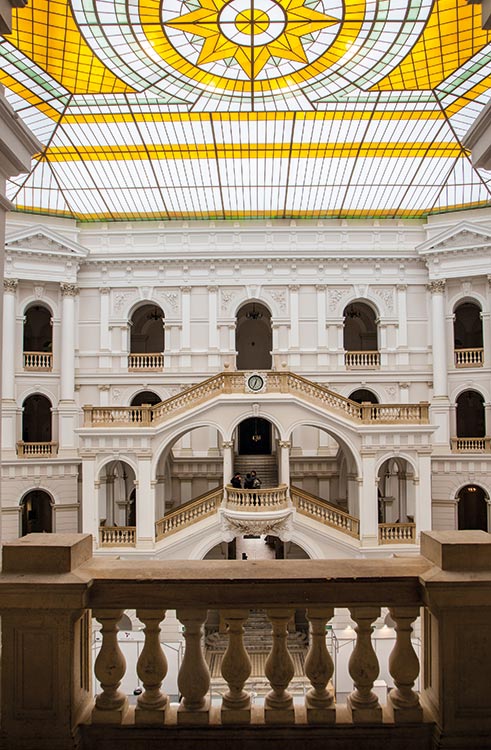 Reactivated in 1898 as the Tsar Nicholas II Warsaw Polytechnic Institute, for a while the Poly functioned in a former tobacco factory on the corner of Hoża and Marszałkowska. This though was a temporary measure: an extraordinary sum of three and a half million roubles was collected via public donations, and Stefan Szyller and Bronisław Brochwicz-Rogóyski were selected as the architects entrusted with creating a permanent home for the institution.

In many ways, they were a strange choice: between them they had no prior experience of designing an educational facility, and with a 78-day deadline to come up with a final draft for a design the duo seemed like an odd gamble to take. They sought inspiration by traveling to 11 universities in six countries, visiting cities such as Vienna, London, Milan, Paris and Strasbourg. An impressive amount of mileage was clocked up during their three-week trip, with journey time used to sketch out ideas. They were soon ready and by the late summer of 1899 (the exact date is disputed) the cornerstone of the Polytechnic was laid. 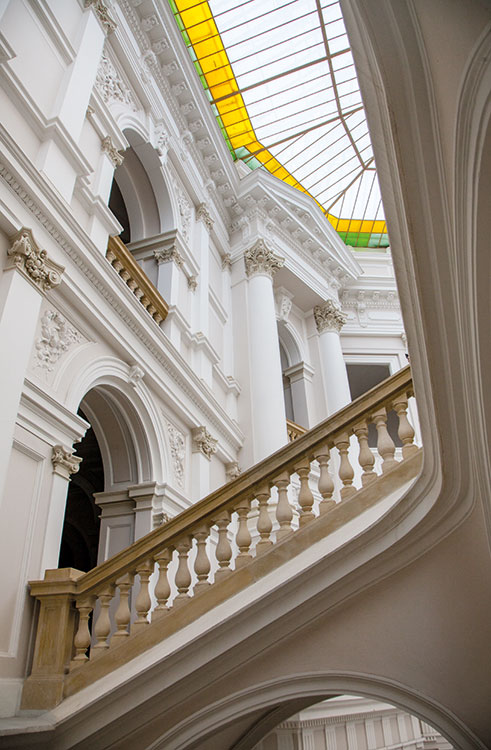 Not everything proceeded to plan. On July 13th, 1900, three workers were killed and 13 injured after they fell from the roof. Found guilty of negligence, Szyller was jailed for two weeks and ordered to pay 1,557 roubles as compensation. Undeterred by such setbacks, work continued and the Poly complex found itself opened in stages over the course of the next few years. Once again though, the Russians were to prove a problem. Although over 70% of the student body were Polish, the official language of instruction was Russian. Peeved by this, patriotic students declared a strike in 1905, only for the Tsar to react by suspending classes for the next three years. 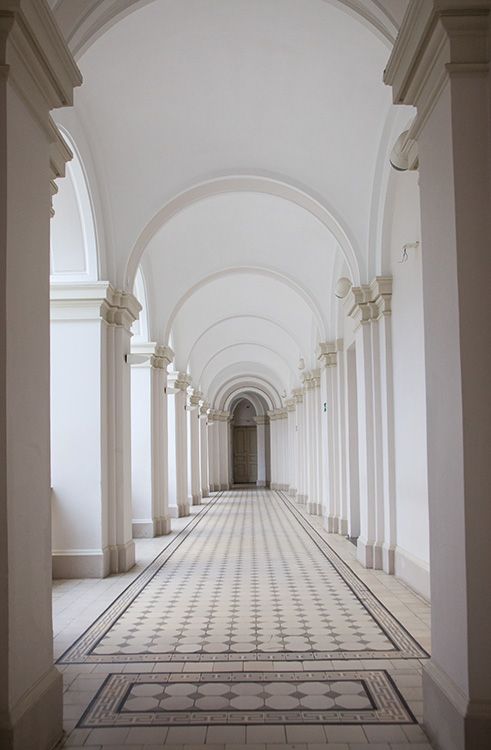 Eventually inaugurated as a Polish university in 1915, the following decades brought exciting times. In 1920 General Hallera planned the successful defense of Warsaw against the Bolshevik Army here, though a rather less auspicious moment came later in 1937 with the introduction of segregated seating for Jewish students. During the war the Poly operated covertly, with a core group of professors recruited by the Polish Home Army to conduct research on German V2 rockets.

In all, around 3,000 students managed to continue their studies throughout the duration of the war. While the Poly sustained heavy damage during the 1944 Warsaw Uprising, it fared better than most buildings: within five days of the Red Army rolling into town, classes had resumed albeit in rather drafty conditions. By the end of 1945, all the pre-war faculties were back up and running, and three years later the Polytechnic was chosen as the site of the Unification Congress between the Polish Socialist Party and the Polish Workers’ Party.

Nowadays, the University of Technology looks better than ever. Heavily influenced by the Italian Renaissance the interiors – capped by a breathtaking glass ceiling – are one of the nation’s great unsung treasures. Open to the public, exploring the echoing cloisters is a pleasure in itself. Apocryphal it might be, but it’s said that after the Polytechnic was completed Stefan Szyller was asked if he had ever seen a more beautiful university. The architect paused for a moment and then replied with ‘no’. Looking at his work, you’d probably agree.