The Gothic revival that swept Europe in the 19th and early 20th century did not exclude Poland. In Warsaw, the Praga area became especially known for examples of this faux medieval style. Today several of these architectural nuggets survive, with the district’s brooding atmosphere and gloomy streets matched well against this sinister look… 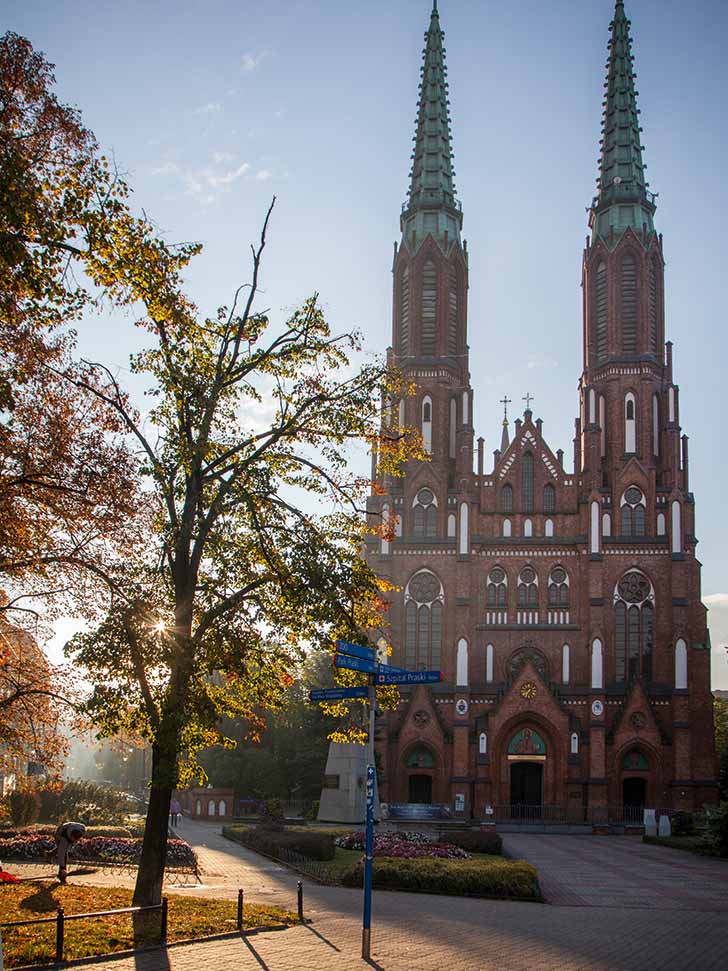 Cathedral of St. Florian & St. Michael
ul. Floriańska 3
Most people, quite literally, view this cathedral as Praga’s spiritual gateway. Visible from across the river, it’s practically the first thing you’ll see disembarking from the tram coming from the other side of Warsaw. Built between in 1888 and 1901, construction of this Catholic bastion was seen as a retaliation to the ongoing Russification of Warsaw and, in particular, the completion of the onion domed Orthodox church nearby. Built to hold 10,000, the cathedral sparked a wave of imitations across Poland. Distinguished for its spindly 75-meter towers, it was dynamited two days before the Germans withdrew from Praga and rebuilt from scratch between 1947 and 1970. 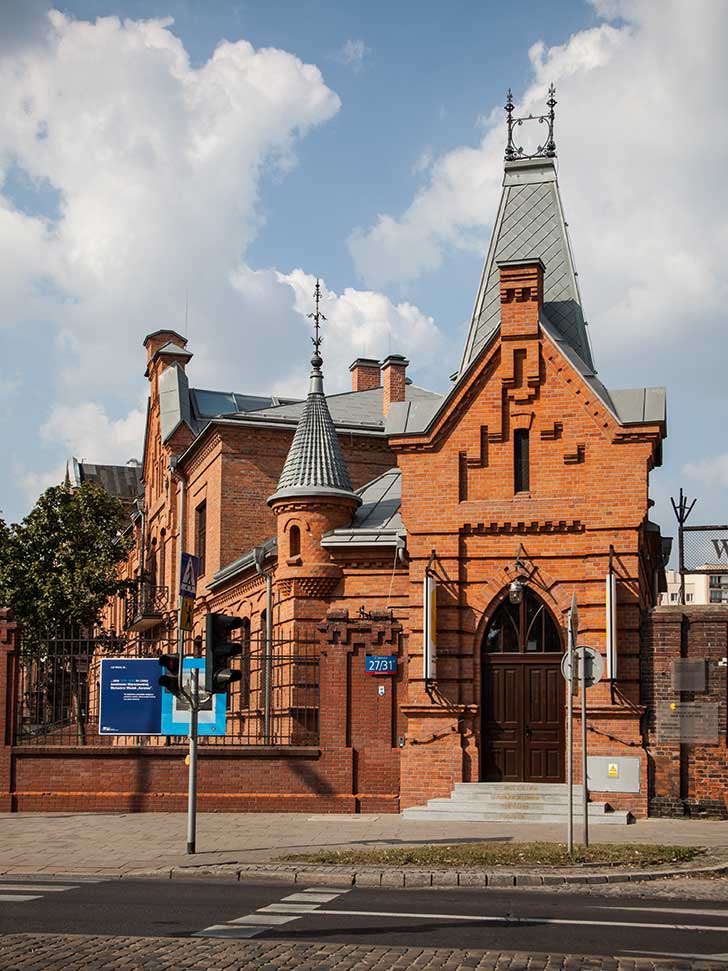 Koneser Vodka Factory
ul. Ząbkowska 27/31
A spooky red brick gateway marks the entrance to Koneser, a complex purpose built by the occupying Russians to keep the 120,000 Tsarist troops based in Warsaw supplied with their daily vodka ration. With the German army approaching the city in 1915, the decision was taken to pour ten million liters of alcohol into the streets, a move that left the locals intoxicated from the fumes – a few jokers claim that many natives still are. Vodka production finally ceased at the start of the millennium, though today work is underway to transform the plot into a posh retail, residential and office development. Naturally, a vodka museum is also in the pipeline. 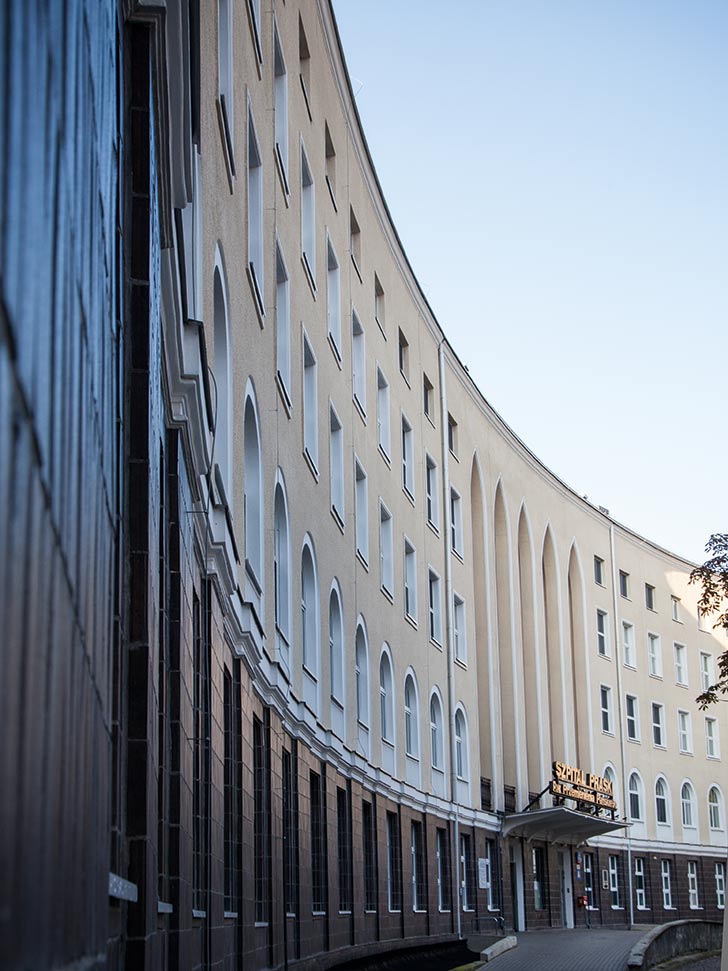 Praski Hospital
Al. Solidarności 67
Completed in 1936 (though the paving outside claims 1935), the otherwise plain-looking crescent-shaped Praski Hospital was lent some architectural oomph by five pointy Neo Gothic archways designed to complement the looming style of the cathedral across the square. Targeted during the Luftwaffe’s 1939 assault on the capital, it escaped with minor scratches. Its luck held five years later. Earmarked for destruction as the Germans fled the oncoming Red Army, it survived only because more explosives were needed to obliterate the cathedral. A plaque commemorates writer Władysław Remont: he was treated in 1900 in the hospital that previously stood on this site following a local train disaster.

Under the Owls
ul. Okrzei 26
When the celebrated engineer Witold Massalski accepted the keys for this property in 1912 it was widely regarded as the district’s most beautiful building. Set on the corner of Jagiellońska and Okrzei, the exterior included reliefs depicting bats, dragons and griffins, as well as a soaring turret and a pair of stone owls crowning the tenement. After years of post-war neglect, the building is now the subject of a refit that will transform it into luxury apartments and another island of gentrification. Currently cloaked by scaffolding and covers, for the time being appreciating this pearl of Praga requires a vivid imagination. 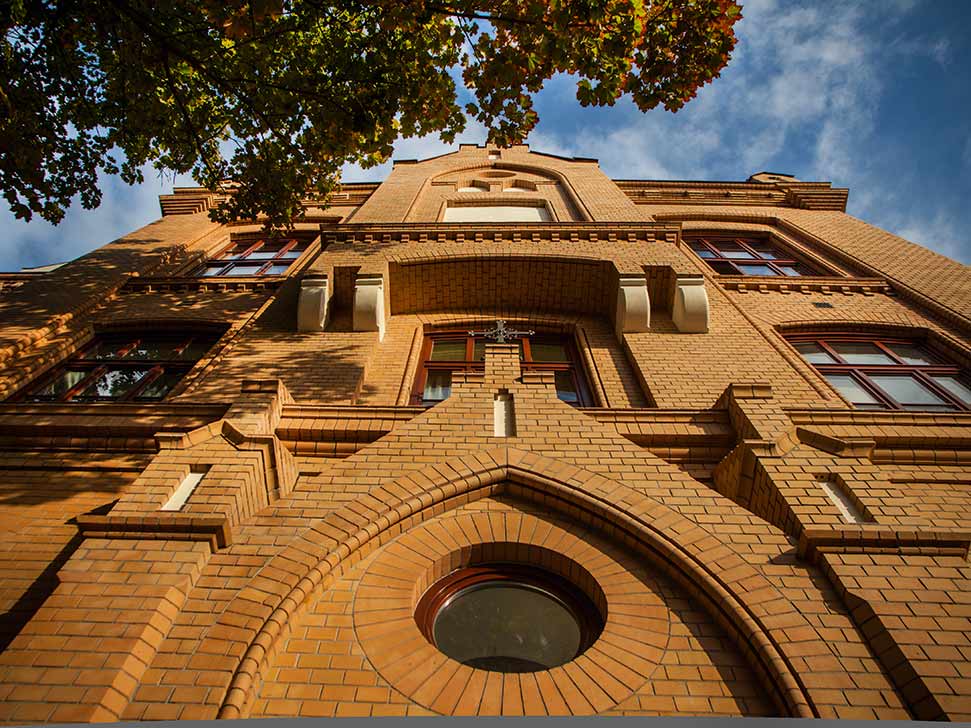 Dom Praca Mańkowskich
ul. Wileńska 69
Founded in 1901 by the philanthropists Jadwiga and Waclaw Mańkowskich, this rambling, old survivor of a building served as a home for underprivileged boys – often orphans or the sons of war invalids. Caring for the 300 boys aged from 7-years of age to 14, the idea was to teach them the kids basics of Polish as well as a trade such as carpentry or cobbling, whilst also instilling in them ‘the desire to work and the observance of moral principles’. During the German occupation it became a place for conspiratorial gatherings as well as a secret Home Army storehouse.