architecture80 city news103 cycling10 praga113
After much “will they, won’t they” speculation, Mayor Rafał Trzaskowski formally rubber stamped the idea back in March. However, with the city’s purse strings...

Plans to build a stunning footbridge across the river have inched a step closer to being realized after several favorable bids were submitted during the tender process.

After much “will they, won’t they” speculation, Mayor Rafał Trzaskowski formally rubber stamped the idea back in March. However, with the city’s purse strings looking tighter than ever, fears had been voiced that the project would end up on the cutting room floor. 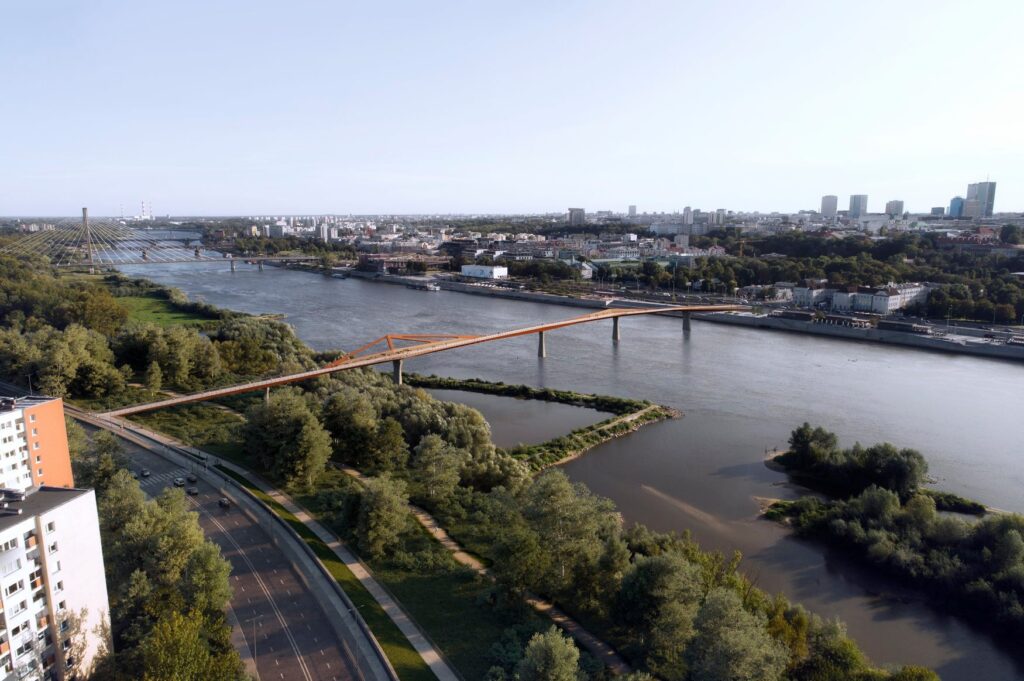 These have now been eased after the results of the tender were announced earlier today. With the city earmarking approximately PLN 180 million for the project, only one bid came in higher than the proposed amount (Gulermak: PLN 228 million).

Set to take two-to-three years to be constructed, the 500-meter structures will run from Karowa on the left back to Okrzei on the right. According to Trzaskowski, the bridge would play a vital role in absorbing the city’s Praga district into the rest of the city.

Inspired by the shape of a lightning bolt, the project was designed by Schuessler-Plan and was picked out in a competitive process that was conducted in 2017. According to City Hall, it would take pedestrians just six-minutes to reach the other side, and cyclists a paltry two-minutes.

Having acquired all formal building permits, the concept will measure seven meters at its narrowest point, and 16-meters at its widest and will, reputedly, be among the longest such crossings in the world

Targeted specifically at pedestrians and cyclists, the bridge will also feature benches, viewing points and assorted rest areas and will, it is claimed, become an attraction in its own right.