bielany10 culture80 mural11 public art29 wall art6
Found on Żeromskiego 44/50, the mural has allowed the two stars to once again be neighbors. Living on ul. Płatnicza – the same street...

Hot on the heels of the district’s Kora mural, another stunning piece of outdoor art has appeared in Bielany – this time dedicated to the memory of actress Krystyna Sienkiewicz.

Found on Żeromskiego 44/50, the mural has allowed the two stars to once again be neighbors. 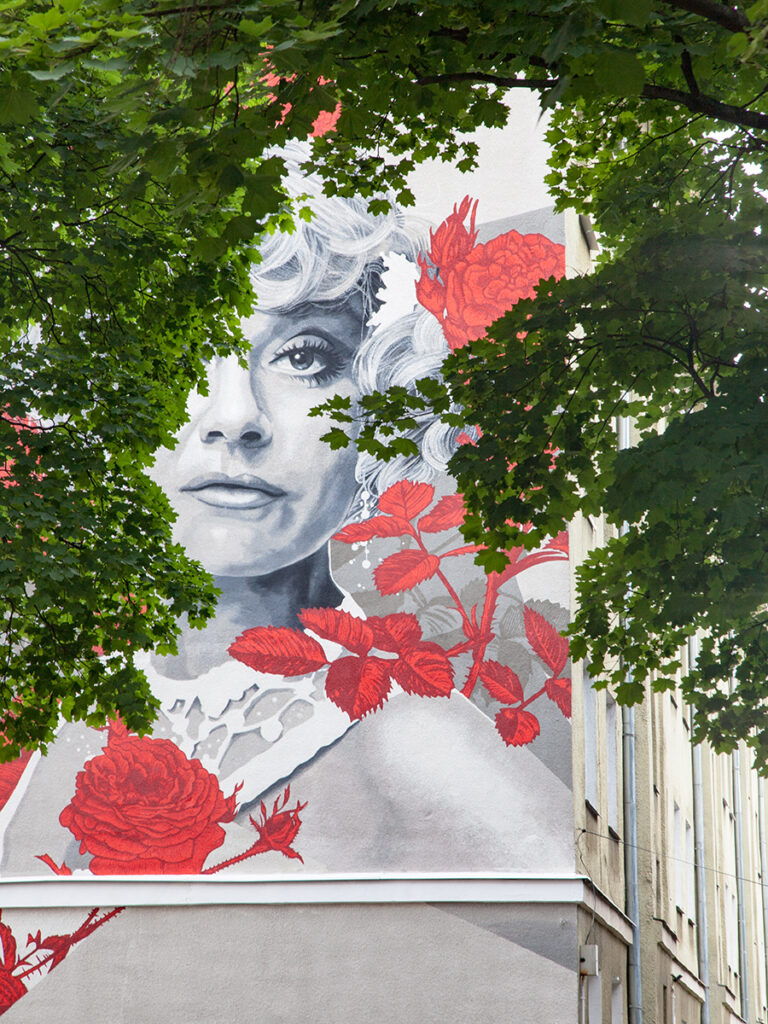 Living on ul. Płatnicza – the same street as the songstress Kora – both became cultural icons.

In the case of Sienkiewicz, the popular actress was famed for appearing in such as films as Jutro premiera (1962), Lekarstwo na miłość (1967) and Rzeczpospolita Babska (1969). 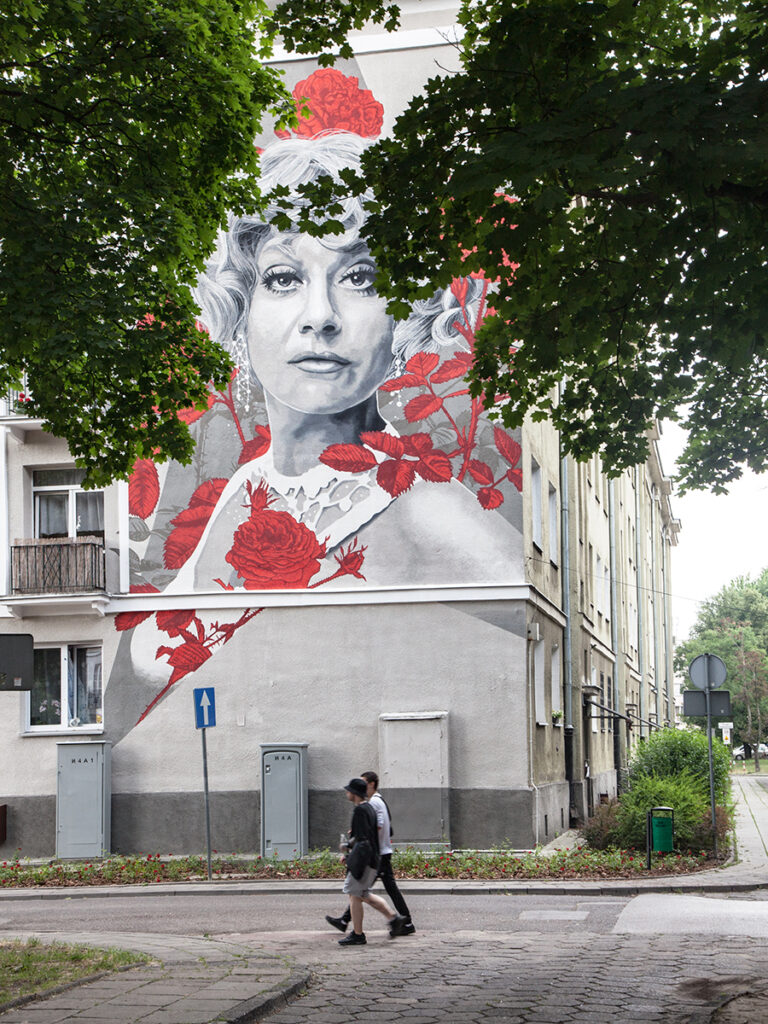 A giant of the stage, she was also well-known for her associations with theaters of the caliber of the Rampa, TR Warszawa and Ateneum.

Awarded the Gloria Artis medal in 2007 for her contribution to Polish culture, as well as the Knight’s Cross of Polonia Restituta in 2003, she also appeared in several TV serials and was well-known for her sung poetry. 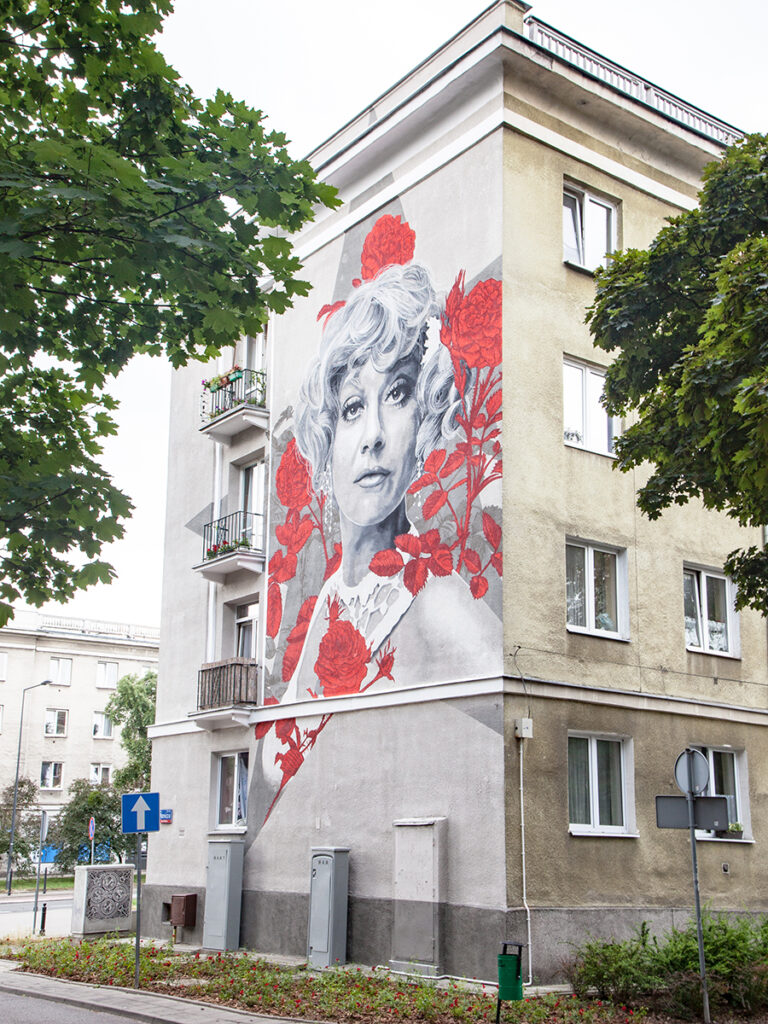 Moving to Warsaw in 1985, she lived in the same Bielany home until her death in 2017.
A hugely popular local figure, she established a gallery in her back garden titled “The Hut of Unnecessary Things” and was also known as a keen pet lover.

Painted in much the same style as the Kora mural, the artwork honoring Sienkiewicz was designed by Tomasz Majewski and executed by Good Looking Studio.