The rainbow bag famously used by a grandmother to “beat” a policeman has been sold for zł. 3,850 at a charity auction held at the weekend.

Owned by Katarzyna Augustynek (better-known as Babcia Kasia), the bag was plunged into the spotlight late last year after being at the center of one of they year’s more bizarre stories. Taking part in the anti-government protests sparked by changes to the abortion law, Augustynek was originally apprehended in November after being accused of attacking a policeman with her cotton bag.

Cuffed and taken into custody, Augustynek’s actions made headline news across the country and, in the process, made her something of a cult hero among generations of protestors.

The bag at the center of the storm was auctioned on Allegro.pl on Friday, with the item modestly described as “a rainbow cotton bag that accompanied me during many demonstrations protesting against the removal of our freedom and dignity.” The caption also warned potential buyers that that the bag “showed signs of use”.

Attracting twenty-five offers in all, the winning bid came in at zł. 3,850. The money raised will go to the WOŚP annual fundraiser. 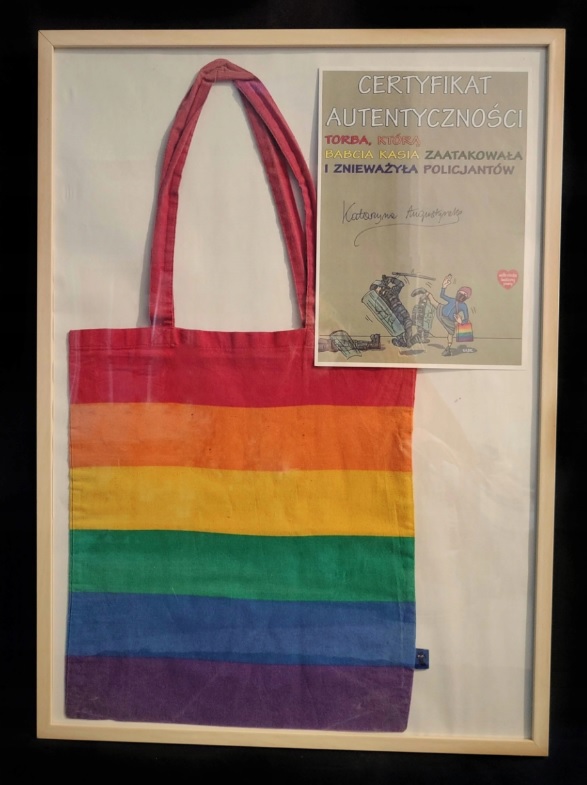