The POLIN Museum of the History of Polish Jews takes commemoration events online...

With the 77th anniversary of the Warsaw Ghetto Uprising set to fall this Sunday the POLIN Museum of the History of Polish Jews have revealed plans allowing the public to commemorate the date despite the country’s ongoing lockdown.

Since 2013 the Muranów-based museum has relied on a small army of volunteers to hand out paper daffodils for people to wear as a symbol of remembrance, and whilst the quarantine conditions have scotched this year’s plans to hand out a record-busting 250,000 flowers, the institution have struck back by providing an online alternative. 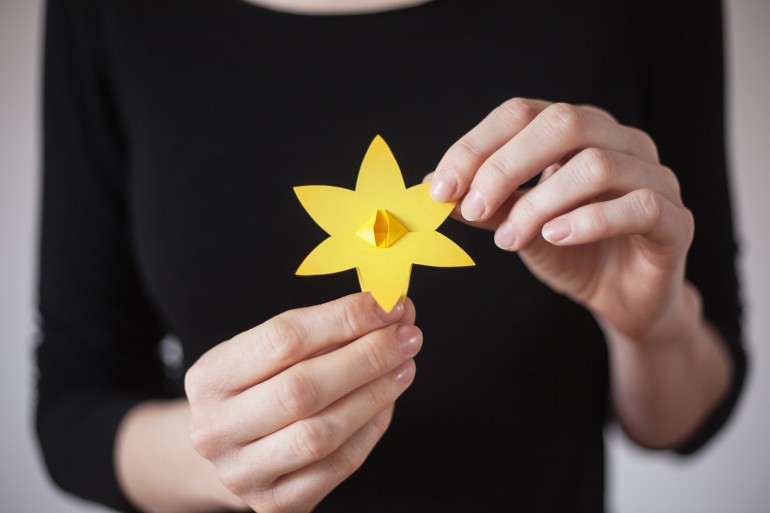 Better known as Ackja Żonkile, the museum has adapted to this year’s reality by setting up a page allowing people to print and fold their own daffodil to mark the event. Supported by Polish celebrities such as Dorota Wellman, Barbara Kurdej-Szatan, Andrzej Seweryn, Dawid Podsiadło and Krzysztof Zalewski, the campaign also encourages the public to then post pics of them sporting the flowers under the hashtags # ŁączyNasMemory, # AkcjaŻonkile, # WarsawGhettoUprising and # POLINMuseum.

Requiring just paper, scissors and glue, organizers are hopeful that the action can go global.

A nod to the heroics of Uprising veteran Marek Edelman, it was Edelman who popularized the flower by leaving it at remembrance sites connected to the Uprising on each anniversary until his death in 2009.

A revered patriot and social activist, Edelman assumed command of the Jewish rebels in the last days of the Ghetto Uprising after their original leader, Mordechai Anielewicz, committed suicide after his bunker was discovered by the Nazis.