Uprising13 warsaw uprising15
Contrasted against the fervid, flare-wielding antics that traditionally mark the anniversary of the outbreak of the Warsaw Uprising on August 1st, events remembering the...

As Warsaw pauses to remember the anniversary of end of the 1944 Uprising, join us for a look at the trees that tell their own sad story…

Contrasted against the fervid, flare-wielding antics that traditionally mark the anniversary of the outbreak of the Warsaw Uprising on August 1st, events remembering the capitulation on October 2nd follow a far more dignified and solemn route. Rather than something to celebrate, many see it as the date that Warsaw’s death warrant was signed.

Brutalized as the city was after 63-days of intense street-to-street fighting, it was about to get a whole lot worse with the local population forced into exile. In the months that followed, much of what remained of the city was methodically demolished in one last act of Nazi spite.

But not everything was levelled.

Scars remain – most copiously on the walls in the form of bullet holes that pit the buildings that survived. Less obvious, however, are the trees that made it through the war. Now, thanks to the efforts of the Korzenie Miasta website, there story too is now being heard… 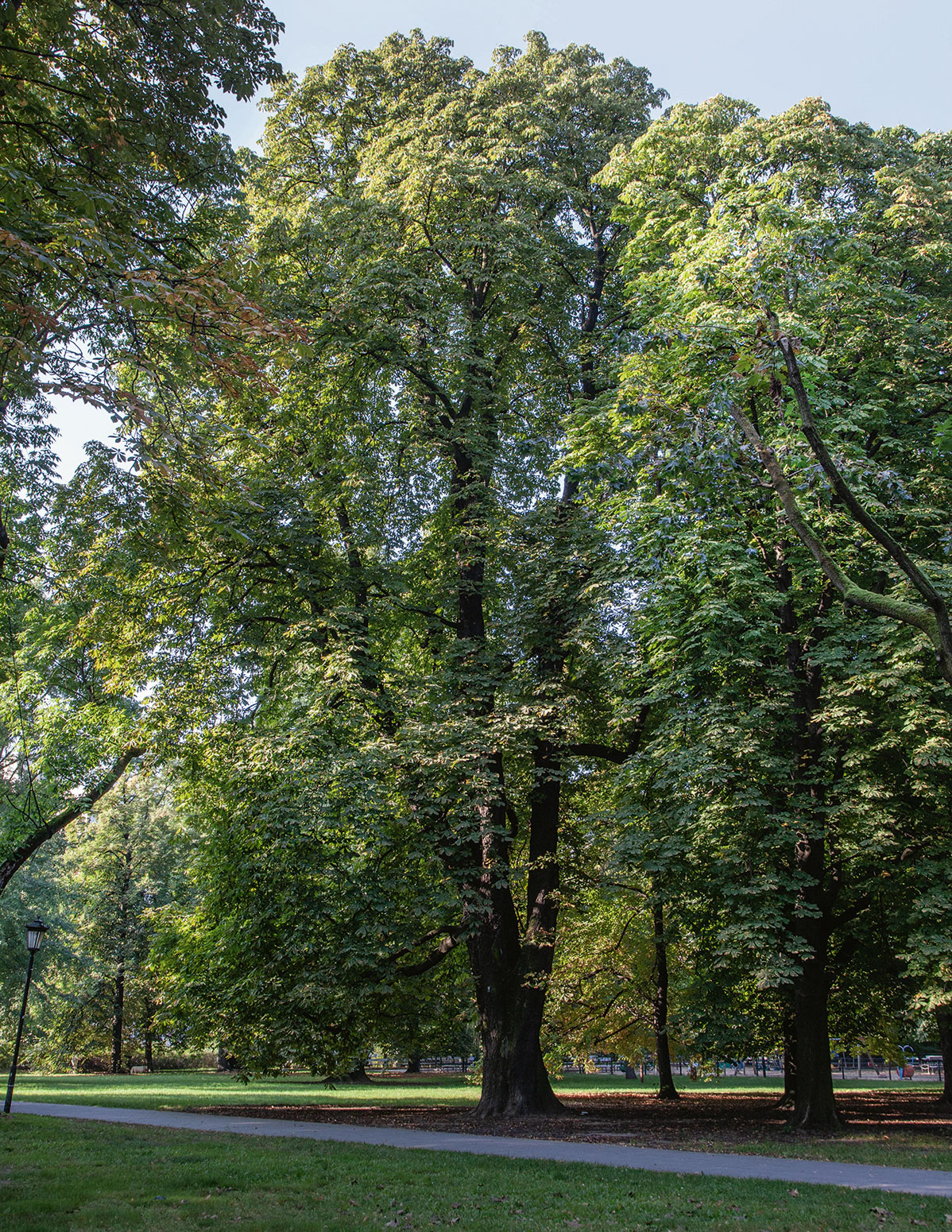 Saski Gardens
Principally defended by young infantry, the Germans held a string of fortified positions around Saski Gardens. A reflection of the area’s significance, it was around here – and inside Saski Palace – that the Germans had several of their key administrative offices.

Though Saski was never captured by the insurgents, the Polish Home Army held nearby Krolewska street and it was on a white chestnut tree that a container dropped by an RAF supply flight became entangled in the branches. After protracted negotiations between the German and Polish sides, the Poles were allowed to retrieve it during one of the ceasefires. To their disappointment, though, it contained only ammunition that was largely useless to them.

Sadly, the tree was to become one of the few features of the area that saw peace. The palace, an iconic symbol of Polish independence was dynamited in December, just weeks before the city was finally liberated. 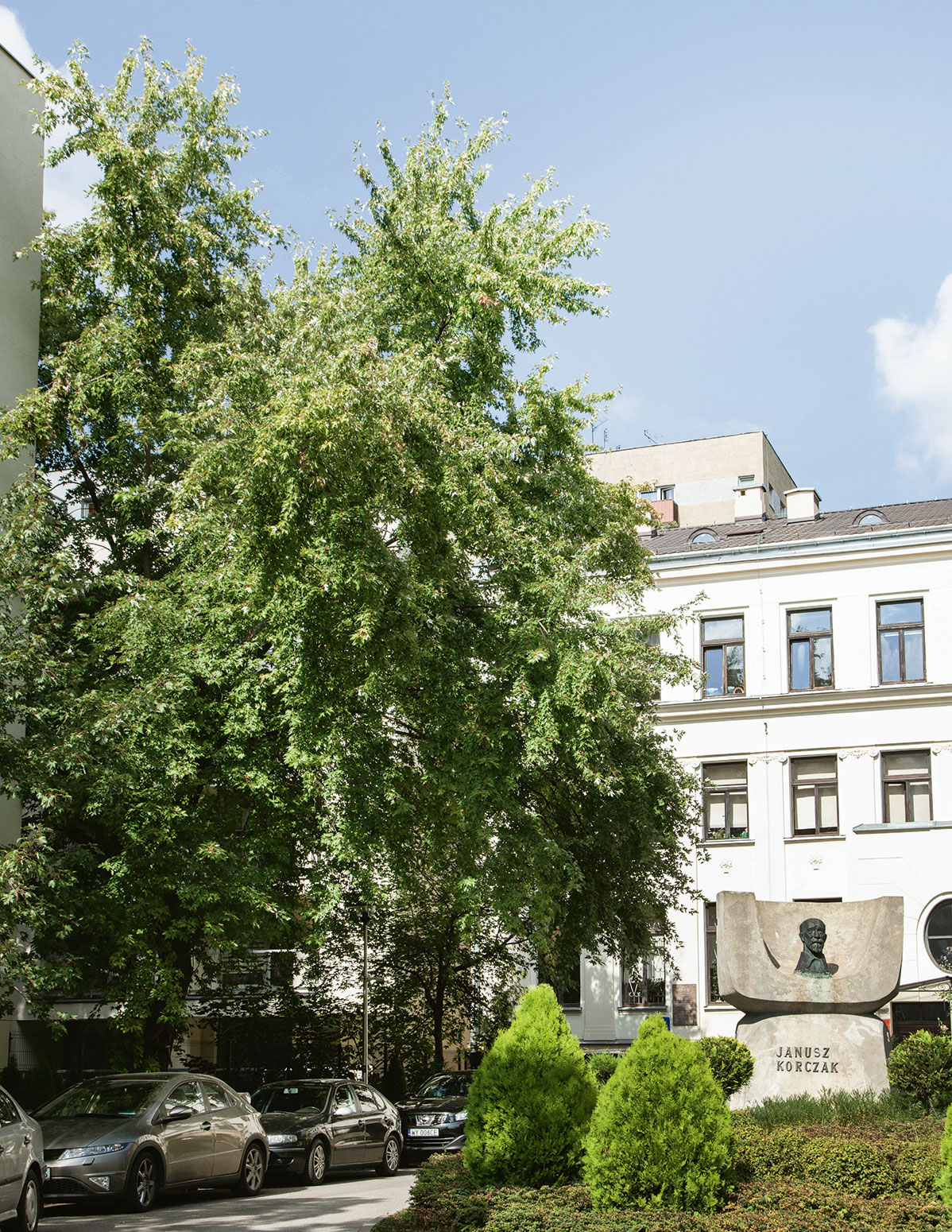 Korczak’s Oak
Known as Korczak’s Oak due to its proximity to the pre-war Jewish orphanage run by the esteemed pedagogue Dr. Janusz Korczak, it was by the tree found at Jaktorowska 8 that scores of civilians were shot in one of the worst outrages of the Uprising.

Falling in the bracket of the Wola Massacre, an unhinged bloodlust which saw up to 90,000 Varsovians murdered by Oskar Direlwanger’s brigade over a one-week period, the tree became one of the many execution spots used in the area.

Korczak’s fate had been no less grim. Though offered the chance to escape to the Aryan side of the city whilst entrapped in the Ghetto, the educator chose to stay with the children that were in his care and accompanied them to Treblinka where he perished in the gas chambers.

According to eyewitness accounts, Korczak had kept their spirits up to the end, telling them they were off to the countryside on a daytrip as they made their way singing to the Umschlagplatz transit point. 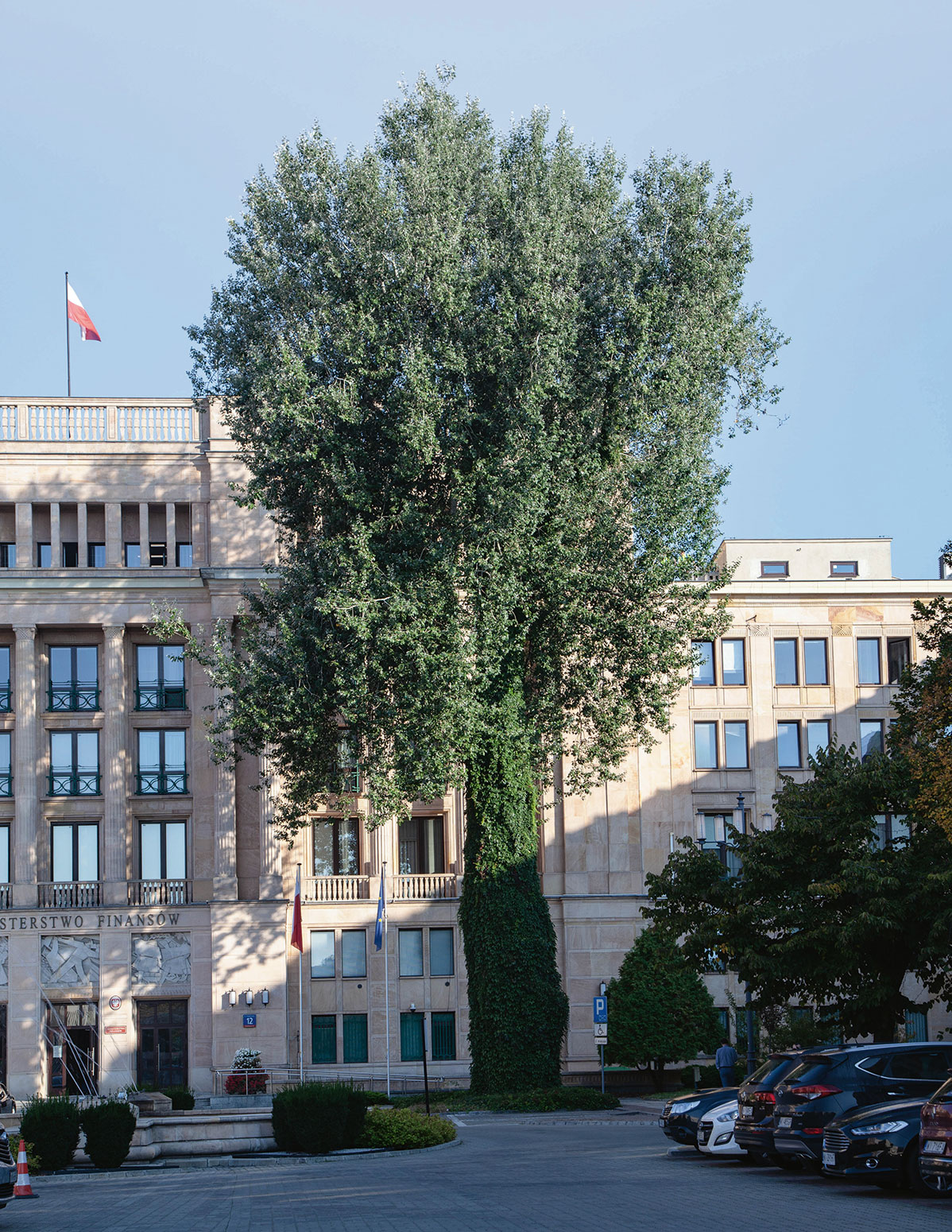 Ministry of Finance
For over a month Traugutta street became the scene of heavy combat – notoriously, on August 4th, 1944, the Germans resorted to using civilians as human shields tied to their tanks as they attempted to storm Polish positions on ul. Czackiego.

The tree standing in the courtyard of what is now the Ministry of Finance bore witness to these bloody events, as well as subsequent battles for the Holy Cross Church whose tower had been commandeered by German snipers. 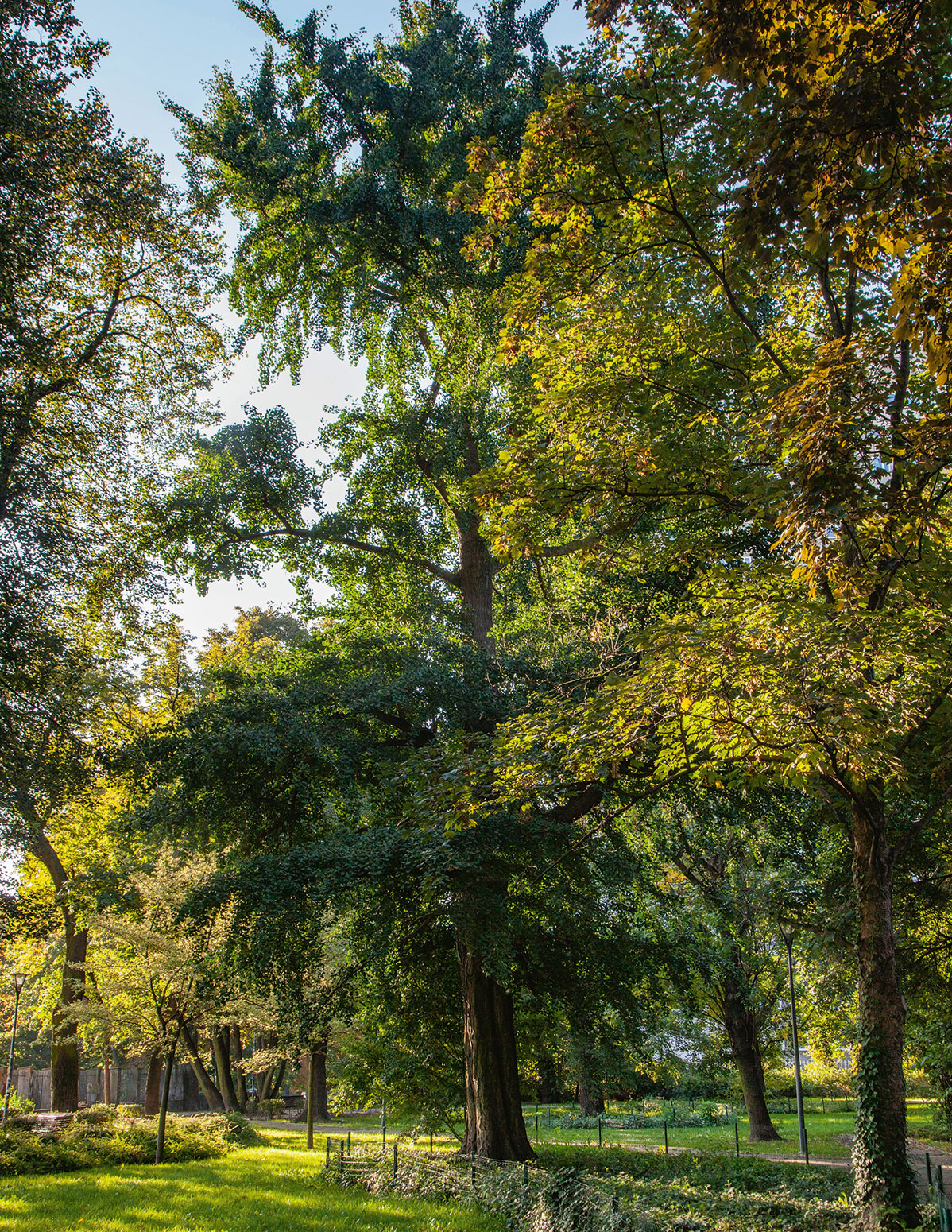 Zamoyski Palace
Sitting behind the French-style Zamoyski Palace at the very bottom of Foksal stands a Ginkgo biloba, a tree native to China. Now a quiet stretch of parkland, in the pre-war years this plot was better known as ul. Pierackiego.

Home to a field hospital treating wounded Poles, the Germans unleashed a heavy barrage when they saw the Home Army retreating. Using heavily flammable mortar shells, the patients stood little chance of escaping – it’s said that the nuns caring for them threw mattresses from the window so that the injured could jump from the floors above. Only a few made it out. Looking sad and gnarled, this tree saw the tragedy fully unfold. 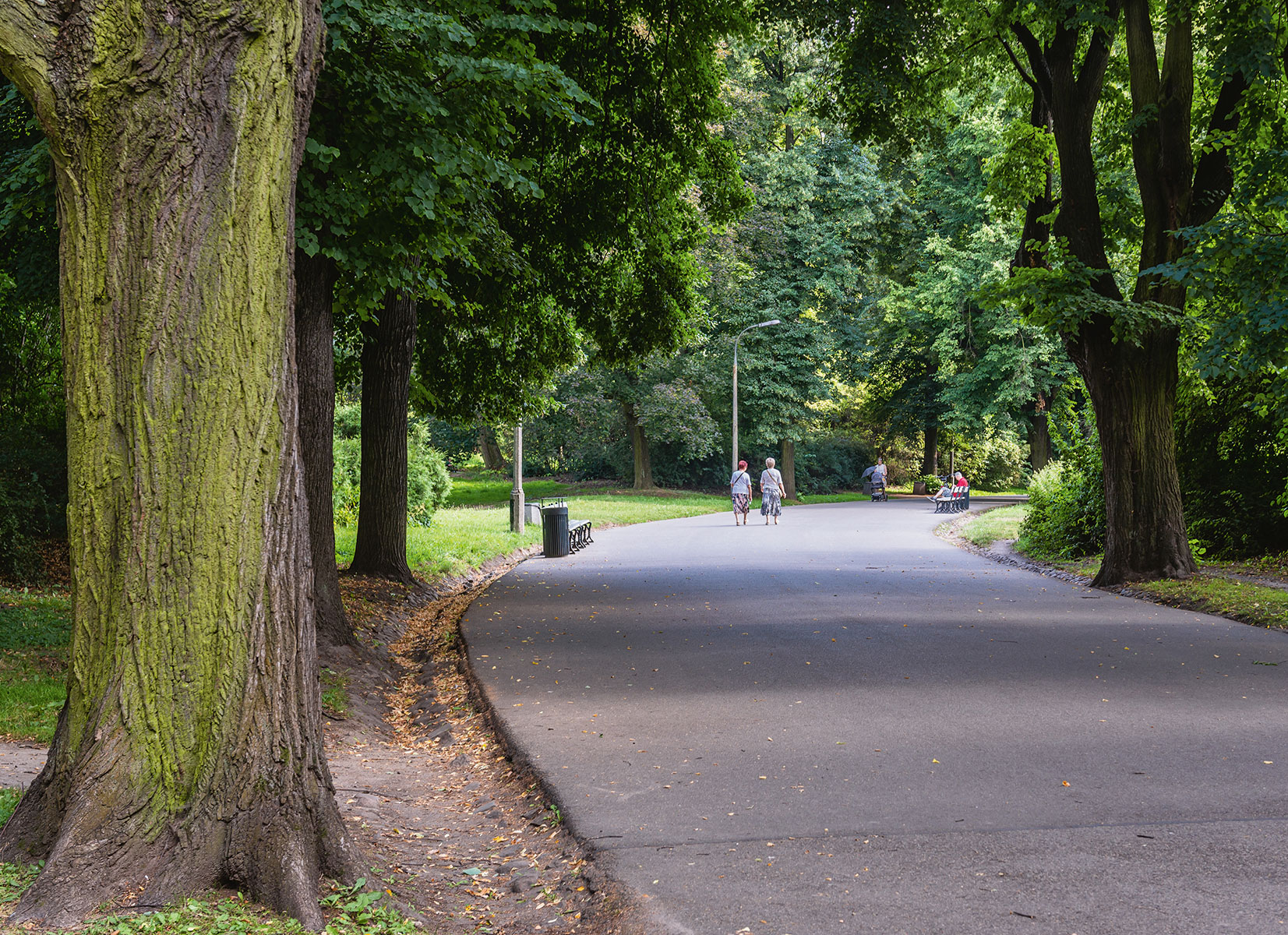 Skaryszewski Park
The lime trees lining Skaryszewski’s shaded avenues also witnessed history when, during the night of August 13th and 14th, a British Liberator plane was shot down whilst dropping supplies to Polish ground forces. Crashing on the shores of Kamionowskie Lake, only one airman survived: Sergeant Henry Lloyd Lyne.

“I didn’t have a clue what happened until the mid-1980s when I was invited back to Poland for an official ceremony,” Lyne later told the BBC. “All I know is that I woke up to the sound of water all around me. Sometime after that, I was aware of being lifted into a boat and of voices speaking a language I didn’t understand. I had fallen out of the sky and onto a small muddy island in the middle of a lake.”

Nowadays, a commemorative boulder sits in Skaryszewski marking the event and honoring those who died. Unveiled by Margaret Thatcher, Lyne too was present at the ceremony.