bar299 craft beer152 drinks333 nightlife290 wine75
Flaming Bistro Francuska 2 With its perfect white colors, the glass-fronted oblong form of this pearl of interwar modernism has an elegant sophistication to...

From posh wines to beer slushies via cocktails named in honor of The Hoff – we bring you a few of Warsaw’s favorite new haunts for cool summer sips!

Flaming Bistro
Francuska 2
With its perfect white colors, the glass-fronted oblong form of this pearl of interwar modernism has an elegant sophistication to it that’s delicious on the eye. But it becomes even more so out the back. It’s here you’ll find a garden that’s been in-filled with well-spaced wooden decks hiding amid the vegetation and plant life. A garden in the truest sense of the word, the best view is from the balcony on top. Accessed via a glorious spiral staircase, it’s from here you gaze down on the impeccable Saska crowd that gathers below to sip sparkly wines, house lemonades and author’s cocktails. On a starry summer night, it’s quite impossible to beat.

Hopito
Żurawia 32/34
Hot on the heels of Pinta we have another brewery bar, this one dedicated to the works of Hopito, an experimental producer that thinks nothing of creating drinks such as Grizzly, a hazelnut and Brazilian coffee imperial pastry stout. Appealing to a far younger, more party-oriented crowd than Pinta, find a sloshed audience weaving around a neon lit room with black and white doodles by some of Poland’s big street artists. The beer offer is commendable, and even includes a beer slushy machine! Note, also, the presence of this year’s must-have accessory. A wood-fired pizza oven imported from Naples. 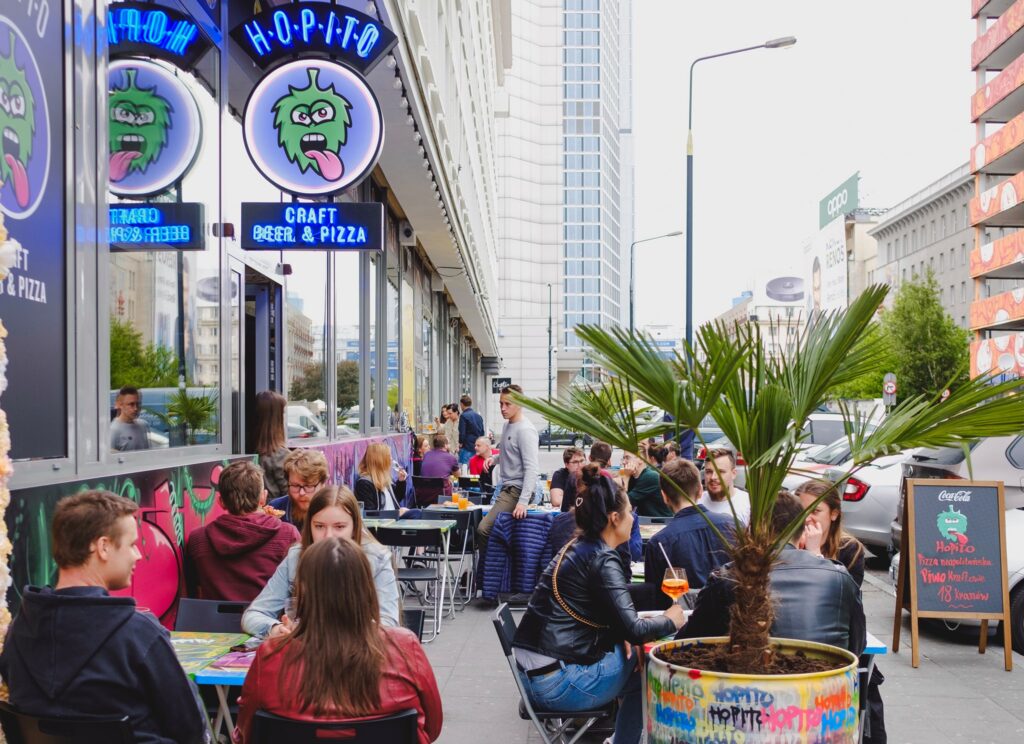 La Buvette
Mochnackiego 4/43
La Buvette sits like a hidden gem nestled on a charming street that radiates off Stara Ochota’s Pl. Narutowicza. Tree-lined and looking like a cloned version of a picturesque arrondissement of Paris, it’s a pleasure to sit on the terrace, a feeling more akin to chilling by the Seine. Equipped with glass of wine in hand – and often a small dog perched on their lap – it’s an atmosphere that’s struck a chord with the punters, as well. Come evening, it fills out as friends converge for an aperitif before cherry-picking their way through morsels of meat and planchettes decorated with some of the planet’s best cheese. Co-owned by a Strasbourg native, the wine offer is superb. Le Braci
Górnośląska 24
Opened pretty much the minute that the lockdown was eased, the latest concept from restaurateur Daniel Pawełek is a celebration of la dolce vita, a stylish, carefree journey through the joys of modern Italy. Taking the place of Brasserie Warszawska, gone is the Parisian-style décor, replaced instead by deep, dark shades and bold, pops of color. For the summer though, it’s the long, narrow terrace that looks the place to be. This is a restaurant first and foremost, but it wins a place on our bar rundown for its sheer choice of wines and their excellent negroni – it’s becoming the order of the summer! 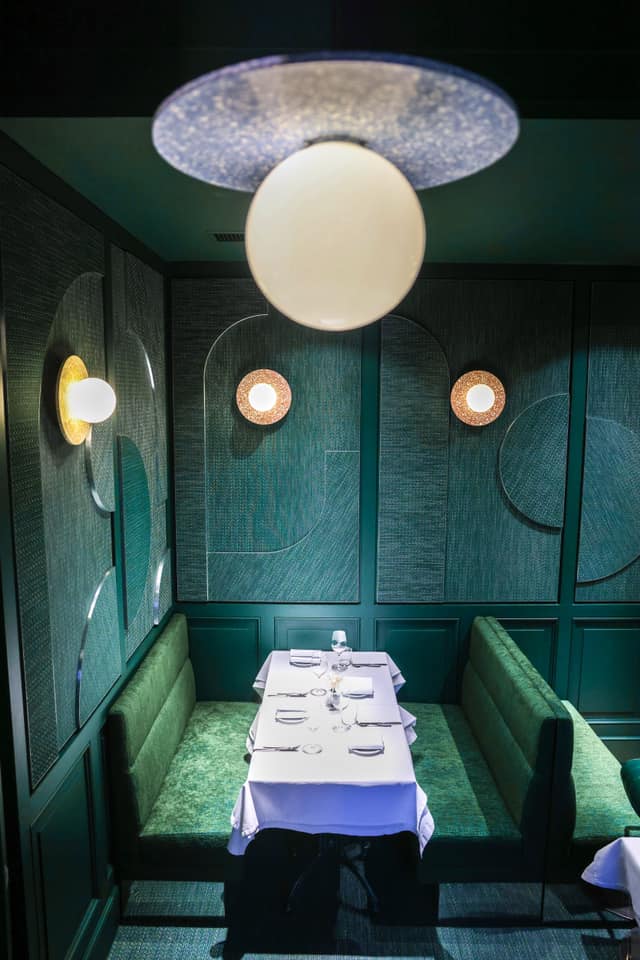 NOLA
Wilcza 43
Located on the former site of the legendary Koko & Roy, NOLA pay tribute to New Orleans via an interior filled with pics of soul legends, trumpets and other hip ephemera. Owned by the same team behind the cult Back Room Bar, particular attention has been handed to a cocktail list that takes the area in a new direction. And there’s food, as well: in this case, crayfish balls with Louisiana mayo and other Creole / Cajun inspired dishes. Full report coming soon! 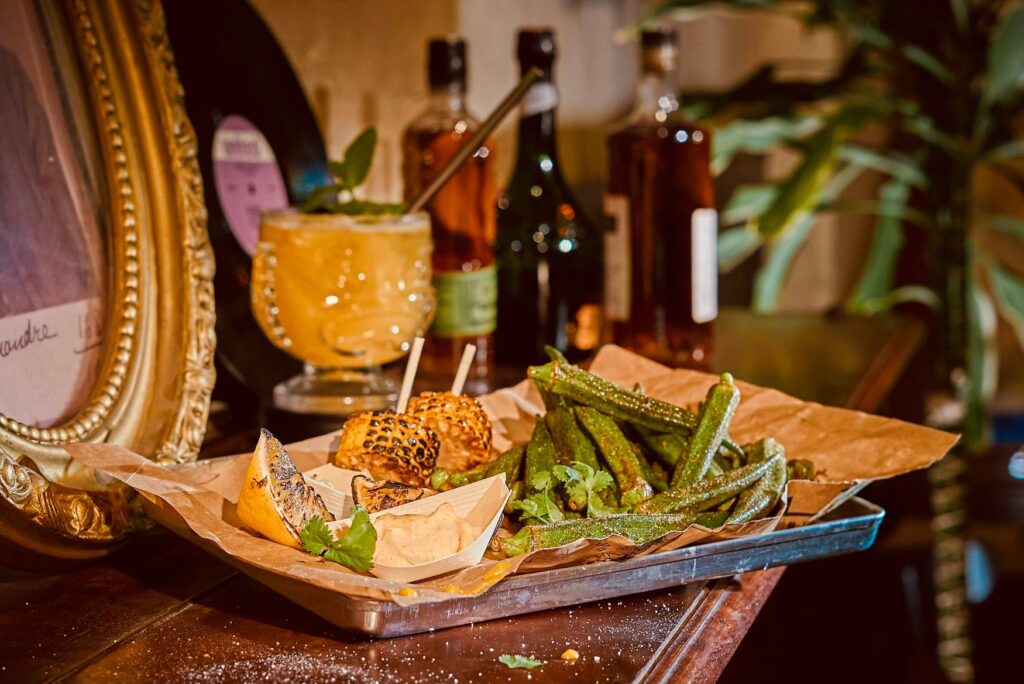 OFF Brzeska
Brzeska 25
Set against the background of Brzeska street – a chipped, broken back road with something of a hairy past reputation – this alone contributes to a raw vibe that’s helped by the presence of an arty Praga crowd that feels far more Bohemian than anything in town. Though relatively small in its size, the vibe of this courtyard streetfood hub is fab: drink craft beer under overhanging canvas sheets strung with colorful streamers that wave in the breeze. The alternative feeling is aided and abetted by DJs, local bands and a crowd determined to make it a night to remember. 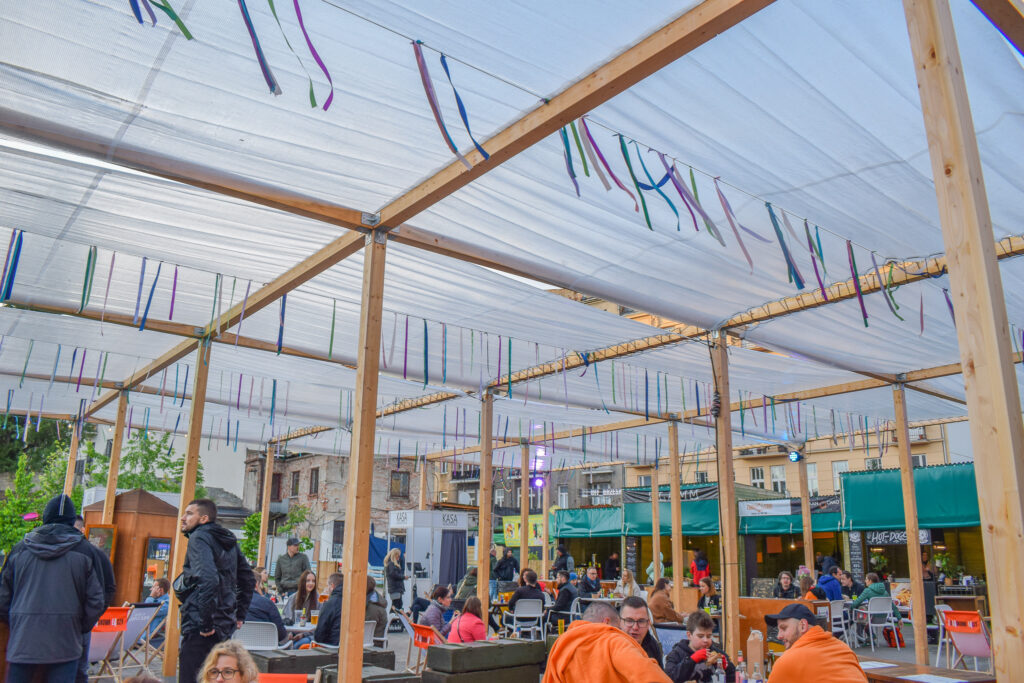 Pinta
Chmielna 7/9
Taking the space once occupied by the ill-fated Mikkeller Bar, Pinta’s flagship bears many of the hallmarks of the previous tenant: a pared down Scandi design set across two glass-fronted floors round the back of Chmielna. Featuring plenty of concrete and chunks of shipping containers, the sparsity of the design keeps your attention on the beer – and it’s brilliant. Pinta, if you don’t know, can be considered the founding fathers of Poland’s craft beer scene, and this bar gives their portfolio the attention it deserves. For newbies, the Atak Chmielu commonly cited as being Poland’s FIRST craft beer! 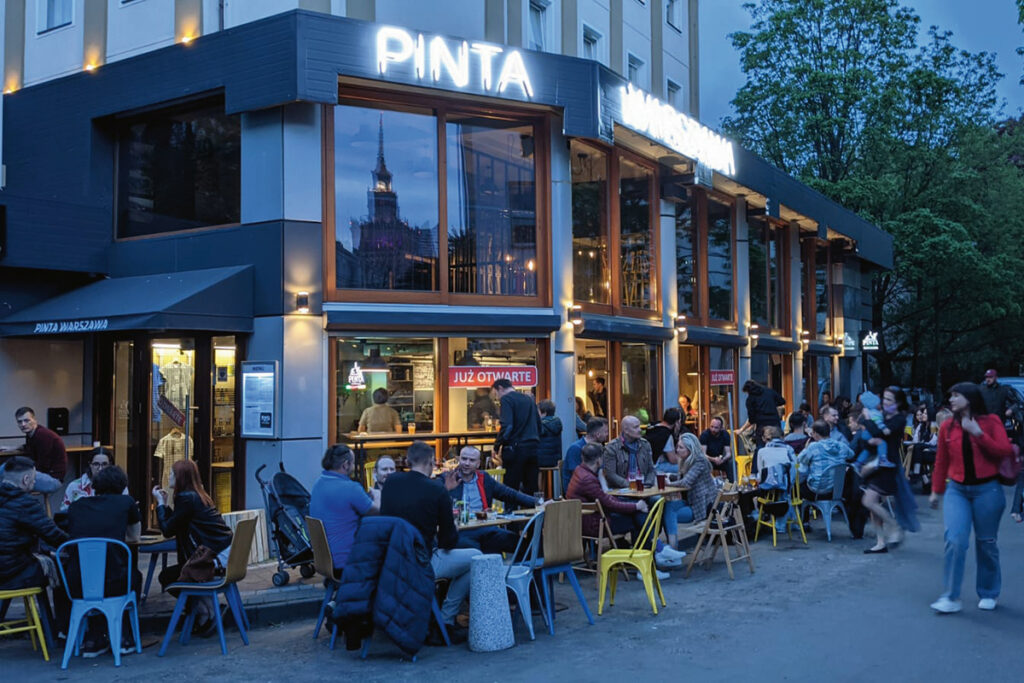 Raj Piwosza
Bora-Komorowskiego 56A
For those living on the city’s right side, Raj Piwosza became a legend of the lockdown – an off-license and general lifeline selling an emphatic choice of craft beers, niche wines and other artisanal liquid somethings. Perhaps driven by the discovery of the area’s thirst for their offerings, they’ve gone another step by launching a bar with a similarly exhaustive selection of drinkies. Set in a newish residential development on the frontline of Grochów, Gocław, Saska Kępa, it’s a sure bet to become a neighborhood essential. VHS Bar
Poznańska 7
Fears that Poznańska would have the life sucked out of it in the post-lockdown reality have proved ill-founded, and partly that’s thanks to VHS, an 80s-themed cocktail bar snuck inside a small little cellar lit with fun, garish neon and pics of the era’s defining legends. Supremely fun, order cocktails named after figures like Cyndi Lauper, Billy Idol and, of course, The Hoff, and enjoy them on a pavement terrace that teems with life and laughter. 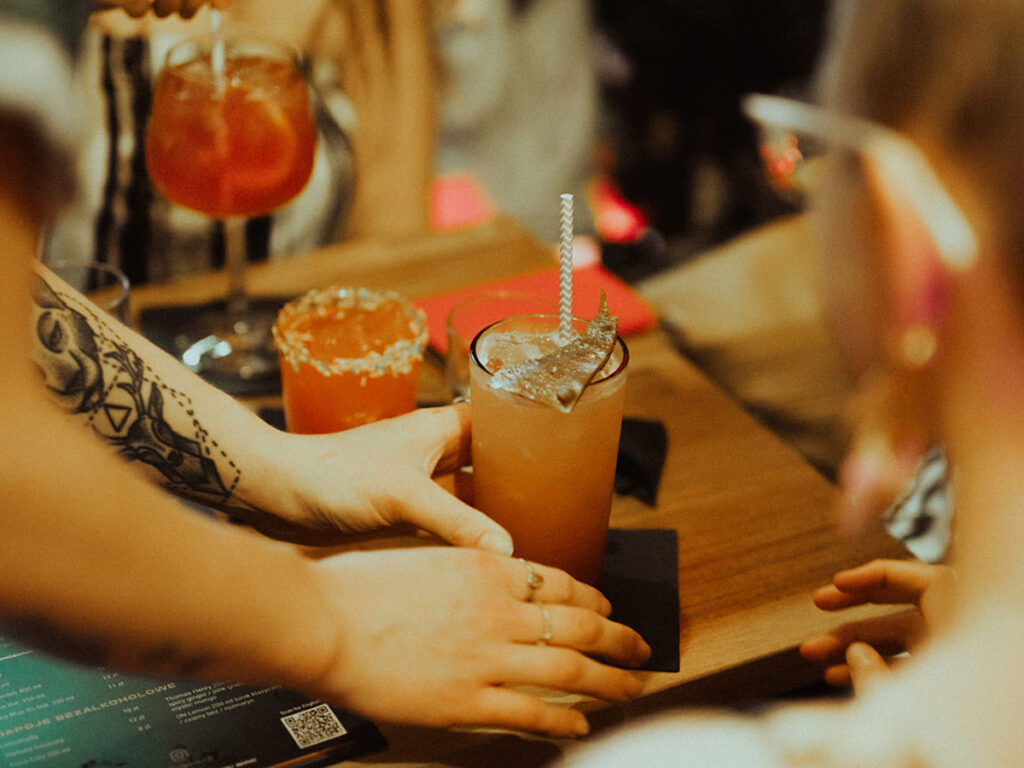