Given up on giving up? Join the club. With the New Year’s resolutions already dust, we take a look at some of the best smoking rooms Warsaw has to offer…
BY ALEX WEBBER / PHOTOS BY ED WIGHT

Grizzly Gin Bar
ul. Poznańska 10
Right up until the end of summer this address was home to the Warsaw Tortilla Factory and, simultaneously, what will possibly go down in history as the city’s most notorious smoking chamber. Granted, to some it was little more than a rancid room full of drunk Brits talking about football and last night’s strip club, but to many others it was the center of their universe – an intense whirl of gossip, chicanery, banter and boozy camaraderie. In contrast, Grizzly’s smoking room will never emulate that, but you get the idea that the management are more than happy with that. 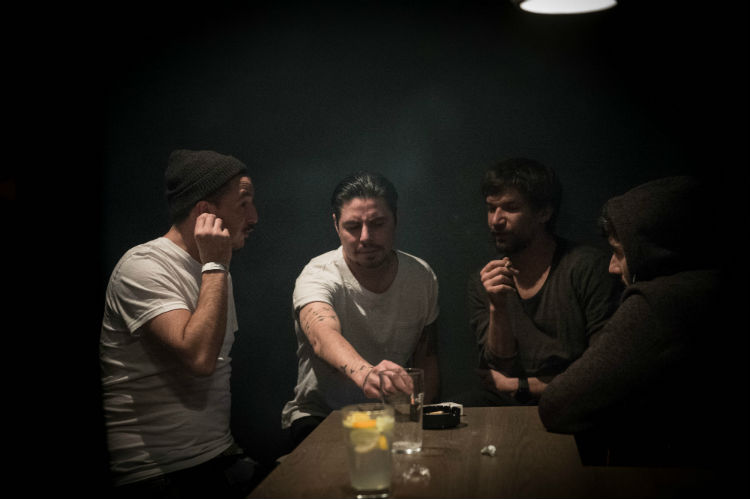 Dim and murky, the new smoking zone has an identity of its own, and a layout that enables and encourages slurry conversation with the strangers sat opposite. Even non-smokers will admit that the smoking room is ‘where the fun happens’, and Grizzly is a good case in point: hang around long enough and you’re guaranteed to find yourself listening to a self-professed musician regaling the story behind his latest dinosaur tattoo.

Bar & Books
ul. Wąski Dunaj 20
There are many things to like about Bar & Books, and somewhere near the top of that list is their smoking policy: basically, you can. And we don’t mean in some bleak broom cupboard buried by the fire exit, but everywhere. Effecting the confidently classical look of a private members club in Mayfair, given the overall ambiance it feels fitting that cigar smokers are looked after especially well: either go Cuban or choose from their own-brand torpedoes rolled in New York. 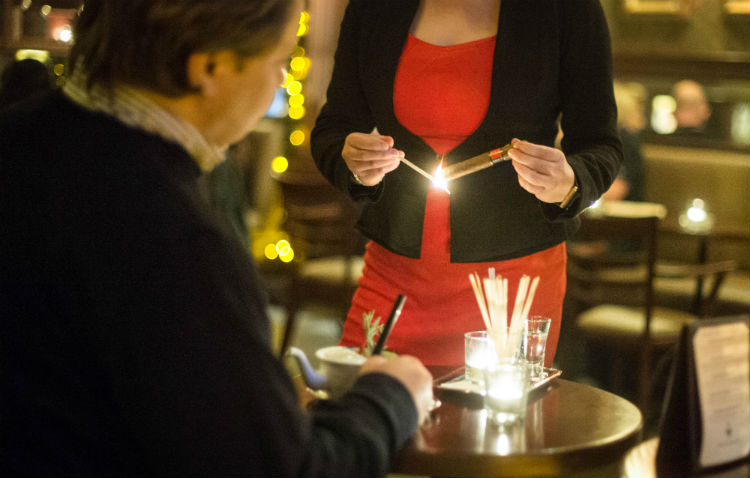 Considering the plumes of smoke that coil into the air, it’s remarkable that non-smokers don’t seem to mind: that’s down to more than an efficient ventilation system, and every bit thanks to elegant drinks and a sophisticated atmosphere that harks to a time when smoking was a gentlemanly pursuit. 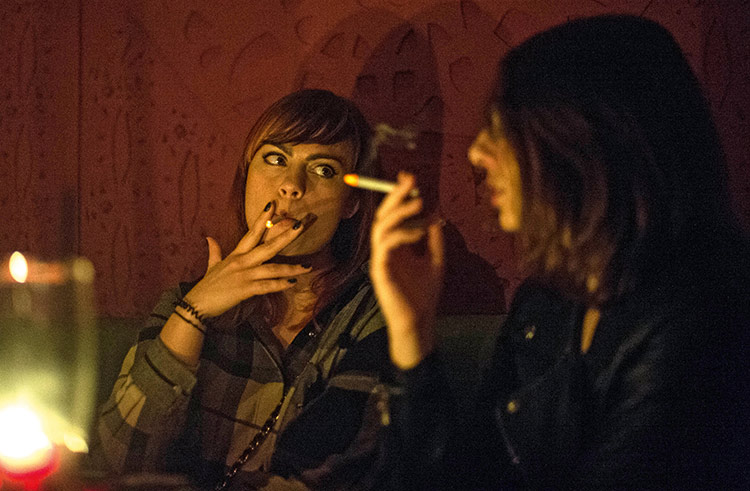 Immersed in such shadows it’s hard to make out who’s sat next to you at times, and be in no doubt it’s the sort of place in which smoke clings to your skin like some airborne virus: nonetheless, it feels just right for a big night out.

Kafefajka
ul. Nowy Świat 22/28
Not long back you’d have found the floor scattered with peanut shells and assorted debris, and older Turkish guys huddled around playing dice and discussing Galatasaray’s chances of another league title. Kafefajka have cleaned up their act since, and if the plan was to attract a younger audience that’s definitely worked. 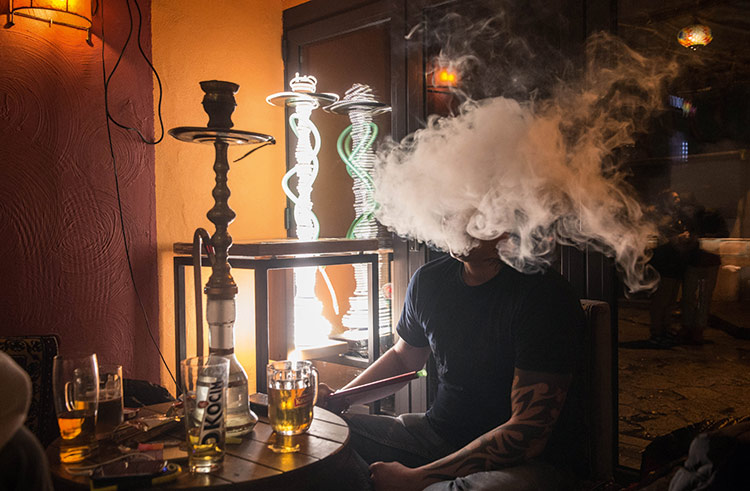 On our visit that means a diverse crowd that runs from some big lads with black eyes and Legia hoodies, a couple that the photographer christens ‘The Beauty and the Geek’, and no shortage of Erasmus students in the last stage of utter dereliction. Strangely, this seemingly unnatural social composition works well, with the heavy scent of hookah pipes clouding out the cigarette fumes. Supremely engaging, the only improvement would be a better beer offer.

6 Cocktails
ul. Mokotowska
If 6 Cocktails has the feeling of hanging around someone’s flat that’s because, actually, you are. Unmarked from street level (PM them on Facebook to get added to the guest list), this posh Mokotowska apartment has been re-adapted as an exclusive speakeasy-style bar that targets the cream of Warsaw’s high society. Away from the racket and tumult of the main room, the smoking area is a highly intimate affair with low-slung leather sofas wedged inside a foggy room. Both its diminutive dimensions and the fact that everyone is smashed on cocktails means it takes only seconds before introductions are made and conversation takes off with a diplomat’s daughter or some Milan-based model.

Amatorska
ul. Nowy Świat 21
If the materialistic, artificial spirit of modern Warsaw irritates you, then think of Amatorska as your safe space. Seemingly unchanged since the days of Communism, this bar continues to thrive by attracting a disparate, and at times contradictory clientele who simply want nothing more complex than a total blast. 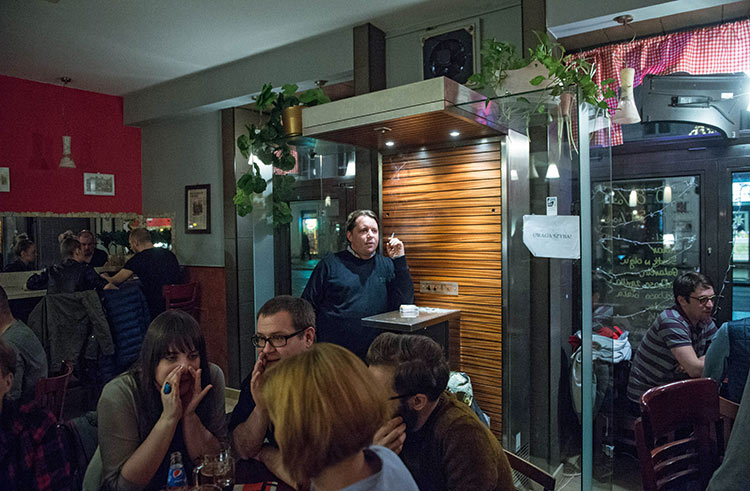 This they manage, and that’s in no small part due to the inclusion of a tiny, little smoking cabin that feels intrinsic to the atmosphere. Not entirely dissimilar to the glass pods you find at the airport, it’s a wonder that not more venues have embraced this cool invention.