The Secret Is Out

Themed on prohibition America, Warsaw’s latest covert bar has made quite a splash… 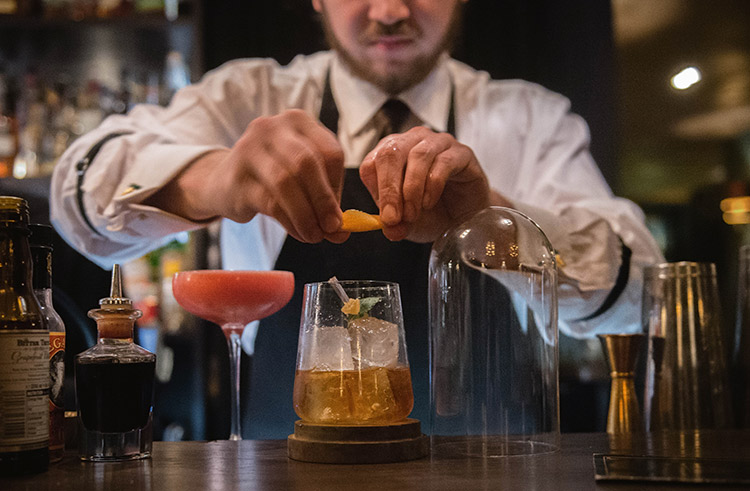 I’m Lost!
It’s a speakeasy, hun. Unmarked from the outside, it’s a place that buys into the global trend for hidden bars: after all, who doesn’t love entering via an unidentified door. Truth be told though, it doesn’t take much persistence to gather your bearings. With the address widely published, just walk around the building till you find a likely door (clue: use your brain, maybe BackRoom could mean it’s to the back of the building?).

What Am I Getting Into?
A real place of beauty. Designed by the celebrated Beata Michalak, you’re stepping inside a bar that from the off feels really rather special. Plush fabrics, muted lighting, a flickering fireplace and shelves displaying drinks as if they were trophies: the ambiance is nailed down to such an extent that those who use it for pre-club drinks often find themselves skipping the club bit altogether. Why bother with anywhere else when you can linger in BackRoom?

Do I Fit In?
The crowd scrubs up well, so you should too: upscale casual will work. In general terms, you’re looking at a crowd in their late-20s upwards, and the kind of people who understand that a good cocktail is a bargain at zł. 30. Don’t dare think of it as a pick-up joint, but the close quarters of the venue and playful nature of the guests make accidental conversation something of an occurrence. It’s a social place – be sociable! 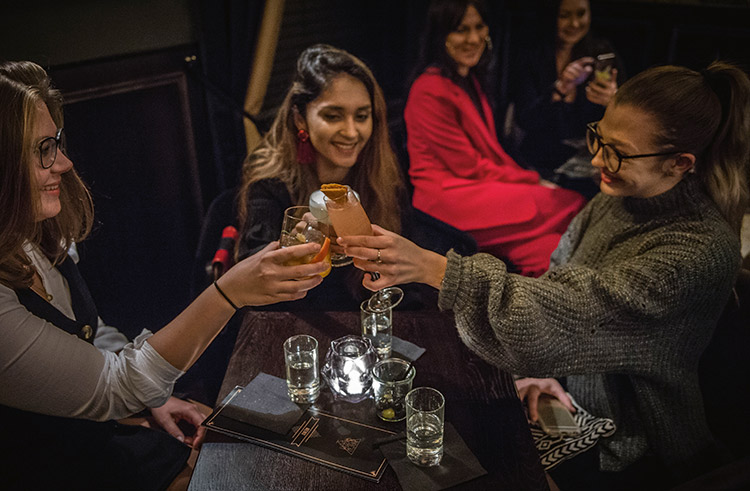 Whose Serving?
Cocktail hounds will have seen them all before; plucked from Warsaw’s, and indeed Poland’s, top cocktail venues, these gunslingers are at the top of their craft. All braces, cufflinks and card dealing sleeve garters, these are pros that have earned their stripes. Leading them is Urszula Trochimiak (formerly of Weles), apparently the first woman in Poland to manage such a venture. The drinks are polished and accomplished, likewise the intuitive hospitality. Nothing falls short of ten out of ten.

Stick Around…
Why? Well, there’s a few dozen reasons but the drinks top the bill. These are masterpieces. Immaculate, imaginative and mixed with practiced expertise, find pedigree ingredients used to maximum effect. From the Insider’s hazy recollection, five stars go to the Ellington (gin, vodka, mead with mushroom essence and truffle oil – weird, but tasty weird), and the Clover Club (gin, raspberry, lemon and egg white). Leaving, expect to be clattering into things on the way out while telling the staff that you love them. Embarrassing, but that’s the human cost of a superb night out. There are some great cocktail bars in Poland, consider this one of the greatest.