The opening of the Marriott in 1989 wrote a new chapter in Warsaw’s hotel history. Expats and moneyed locals thronged the hotel’s bars and restaurants, while visiting VIPs made full use of the split-level Presidential Suite on the 40th floor: Joan Collins, Chris de Burgh and the King of Sweden all slept here, and so too Michael Jackson who allegedly switched here from the Bristol to flee the zoom lenses of the paparazzi. 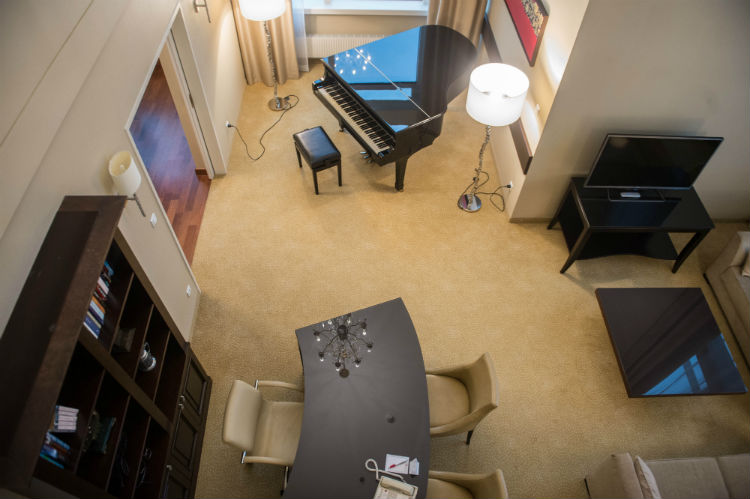 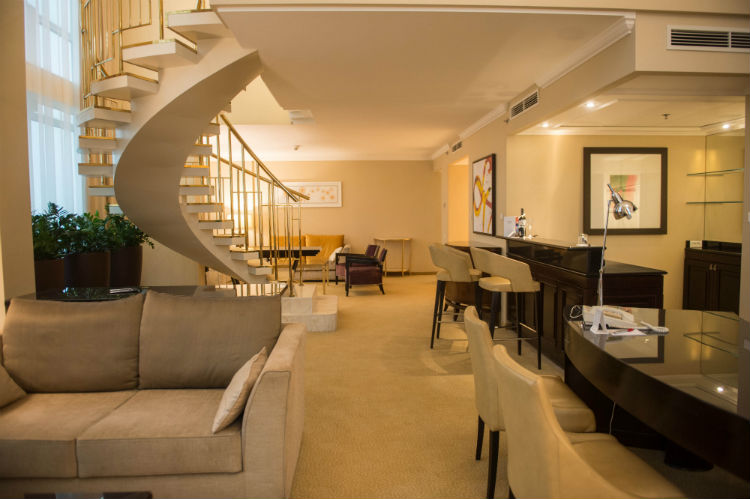 Most famous, however, has been the hotel’s association with the US leadership: to all intents and purposes, the Marriott is the residence of the president’s. 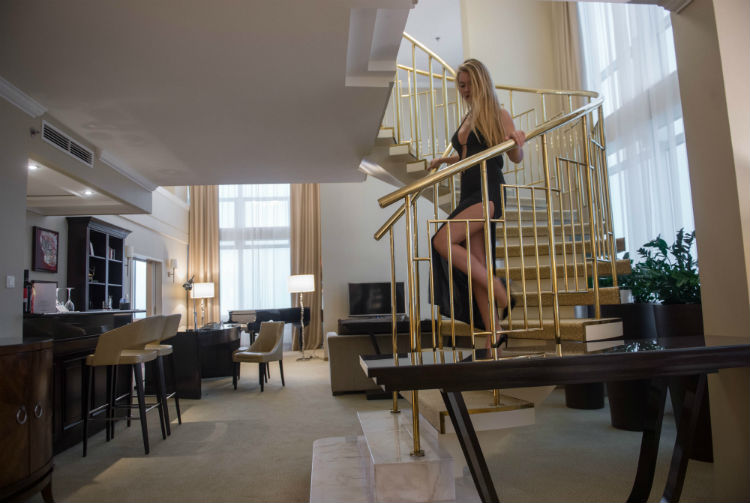 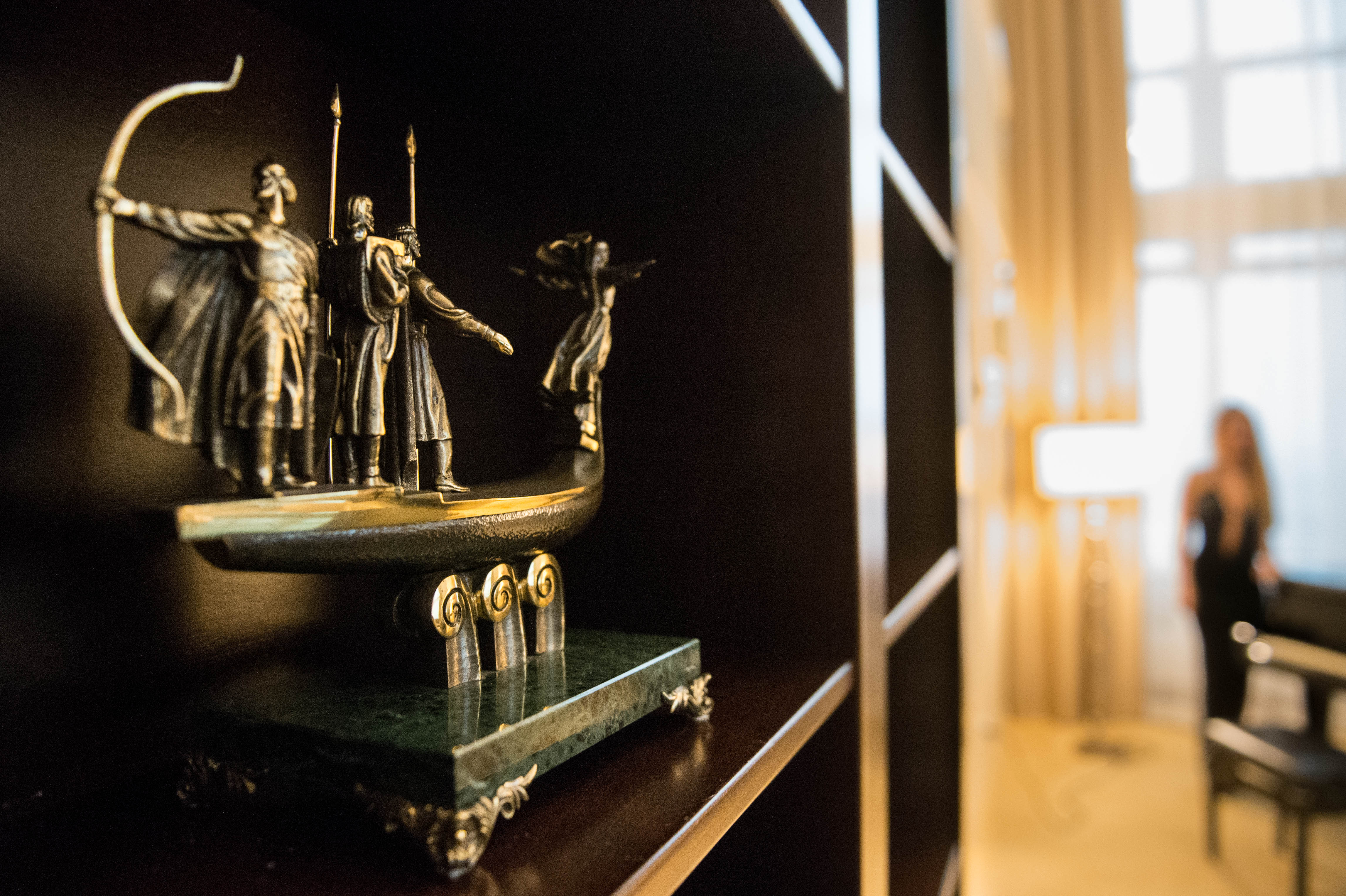 Famously, Barack Obama was caught out during one visit when a fellow guest surreptitiously snapped him using the gym – though his security detail claimed his safety hadn’t been comprised, pictures of Obama working out were zapped across the world. 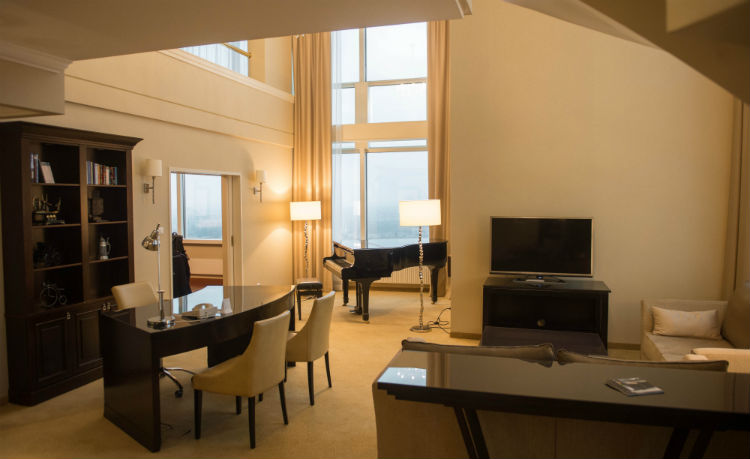 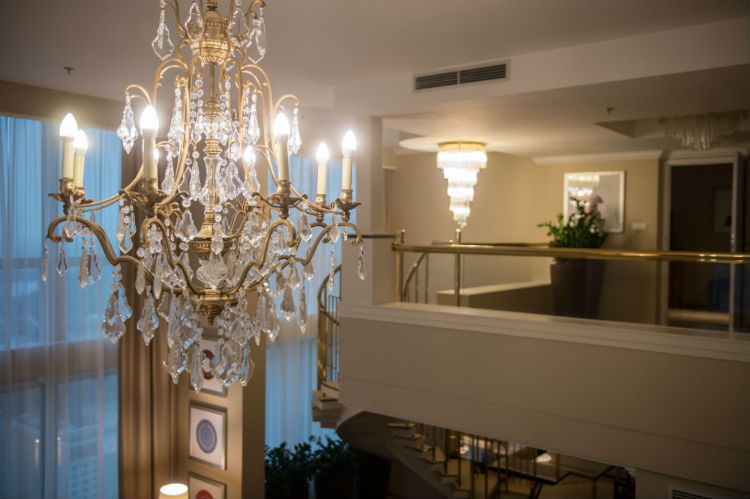 Certainly though, this a hotel that makes a statement: past liveried doormen and through a revamped reception lobby, it’s as if everything has been designed to awe. Nothing more so than the Presidential Suite: set across two floors that span a total of 150 sq/m, it’s thick with plush touches and corporate glitz – a pianoforte, a spiraling staircase, a bar area and staggering views of the capital below. 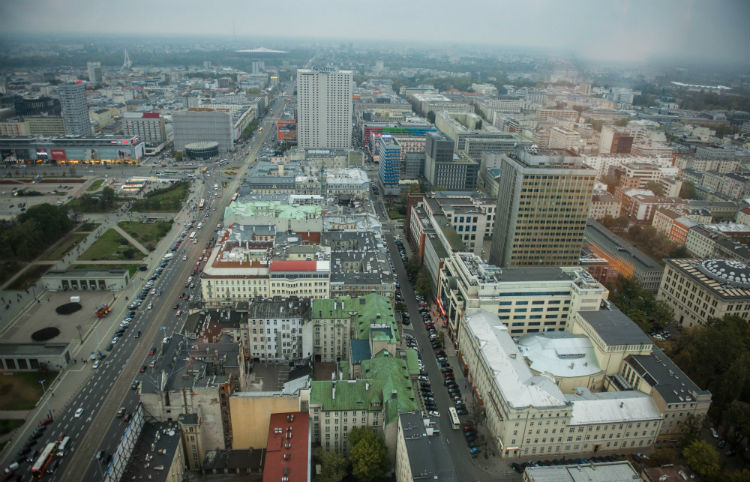 All yours for zł. 5,000 net. Now, for the duration of his fleeting visit, Donald Trump is the latest American President to call it his home-away-from-home…