Though the 1944 Warsaw Uprising has been the subject of numerous books, few have succeeded in creating the visual impact of Teraz ’44 by Michał Wójcik and Marcin Dziedzic… 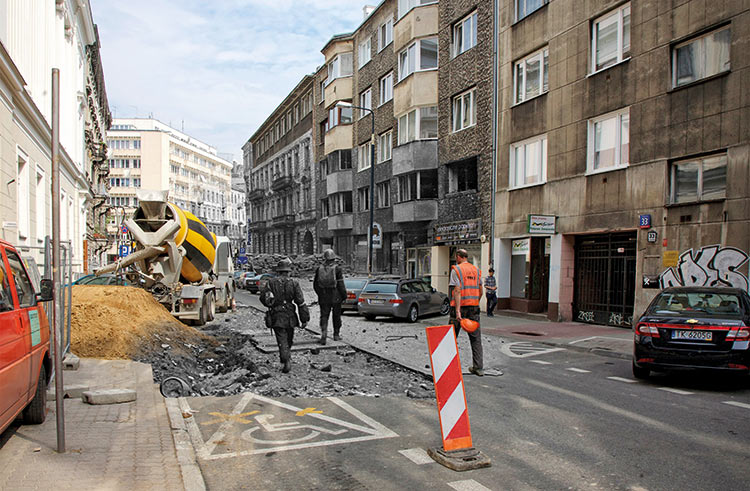 With the Eastern Front rumbling towards Warsaw, the Polish Home Army launched the Warsaw Uprising with the dual aim of liberating the capital from Nazi rule and installing a local civil leadership independent of the Soviet Union. 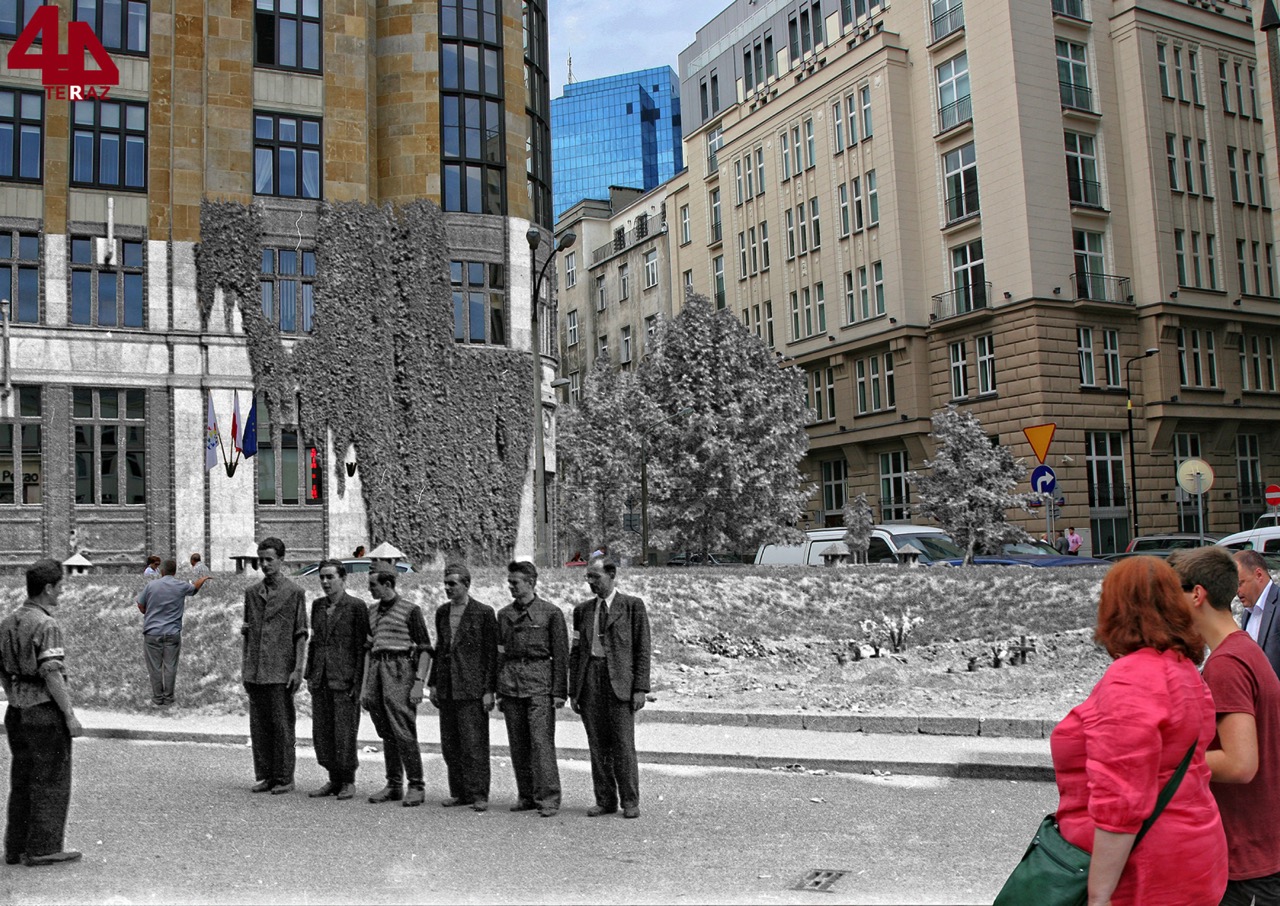 Breaking out on August 1, 1944, the battle raged for 63 days and has come to be defined as much by its barbarity as it has its bravery. 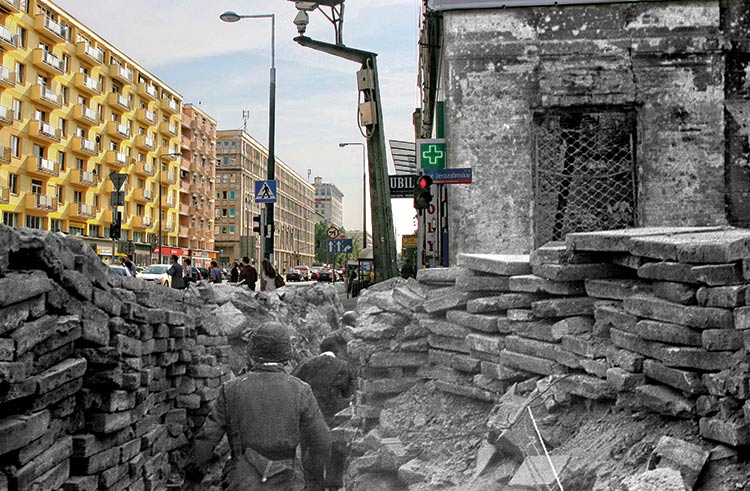 By the time Polish forces capitulated, an estimated 250,000 civilians were dead. 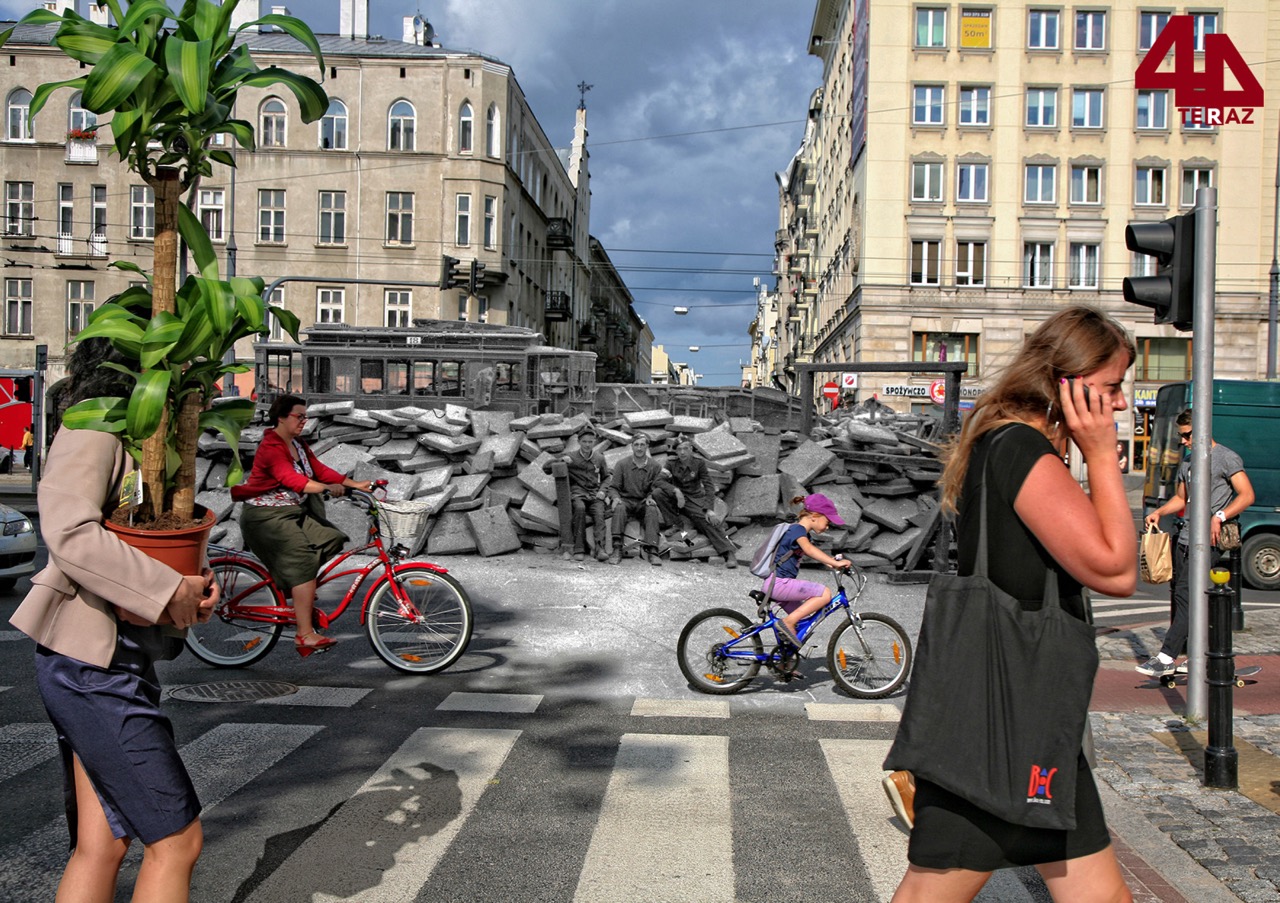 Still worse was to follow: on Hitler’s personal orders, what remained of the city was to be methodically demolished. 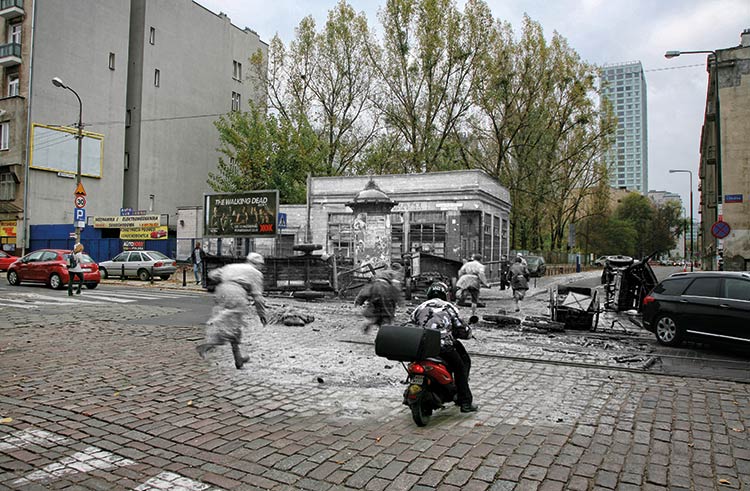 The mental scars remain to this day; however, with the number of living veterans diminishing and physical evidence disappearing, it’s becoming increasingly difficult to imagine the intensity and scale of the fighting. 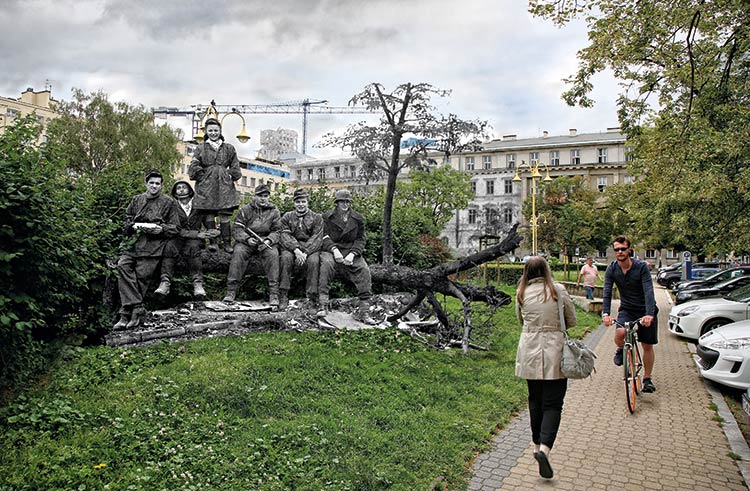 Teraz ’44 brings those days of struggle alive; using a mobile app to calculate the precise time of day a picture was shot, photographer Marcin Dziedzic has created an album that seamlessly blends images from the Uprising with photos of today. 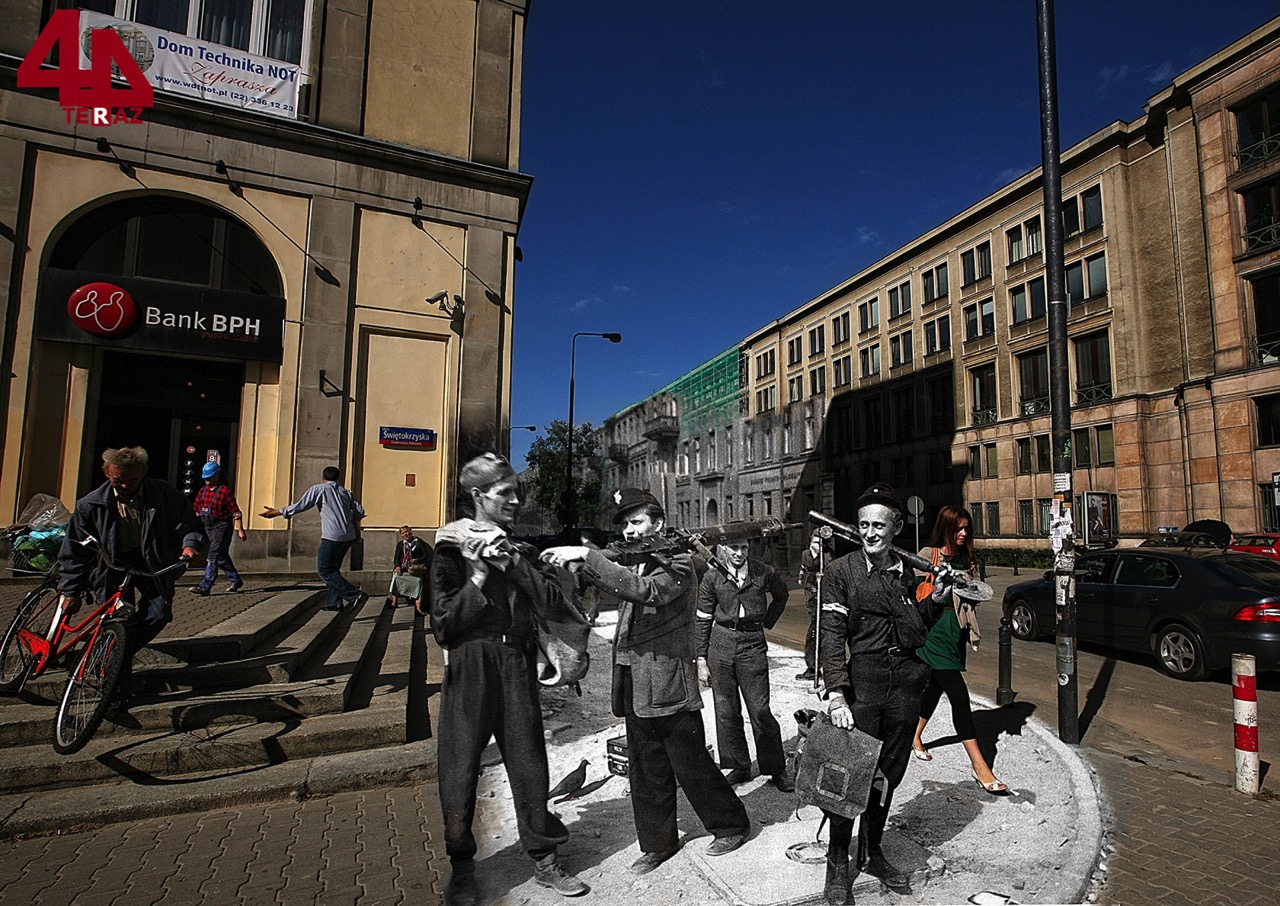 A quite magnificent labor, learn more on Marcin’s (Polish language only) website, teraz44.pl 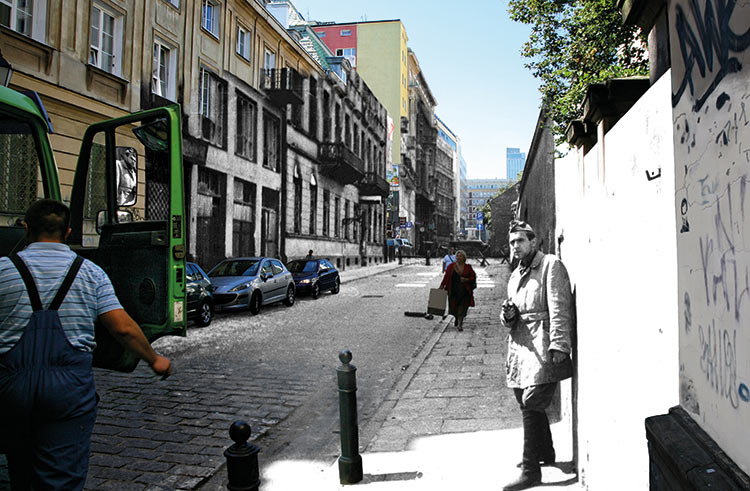 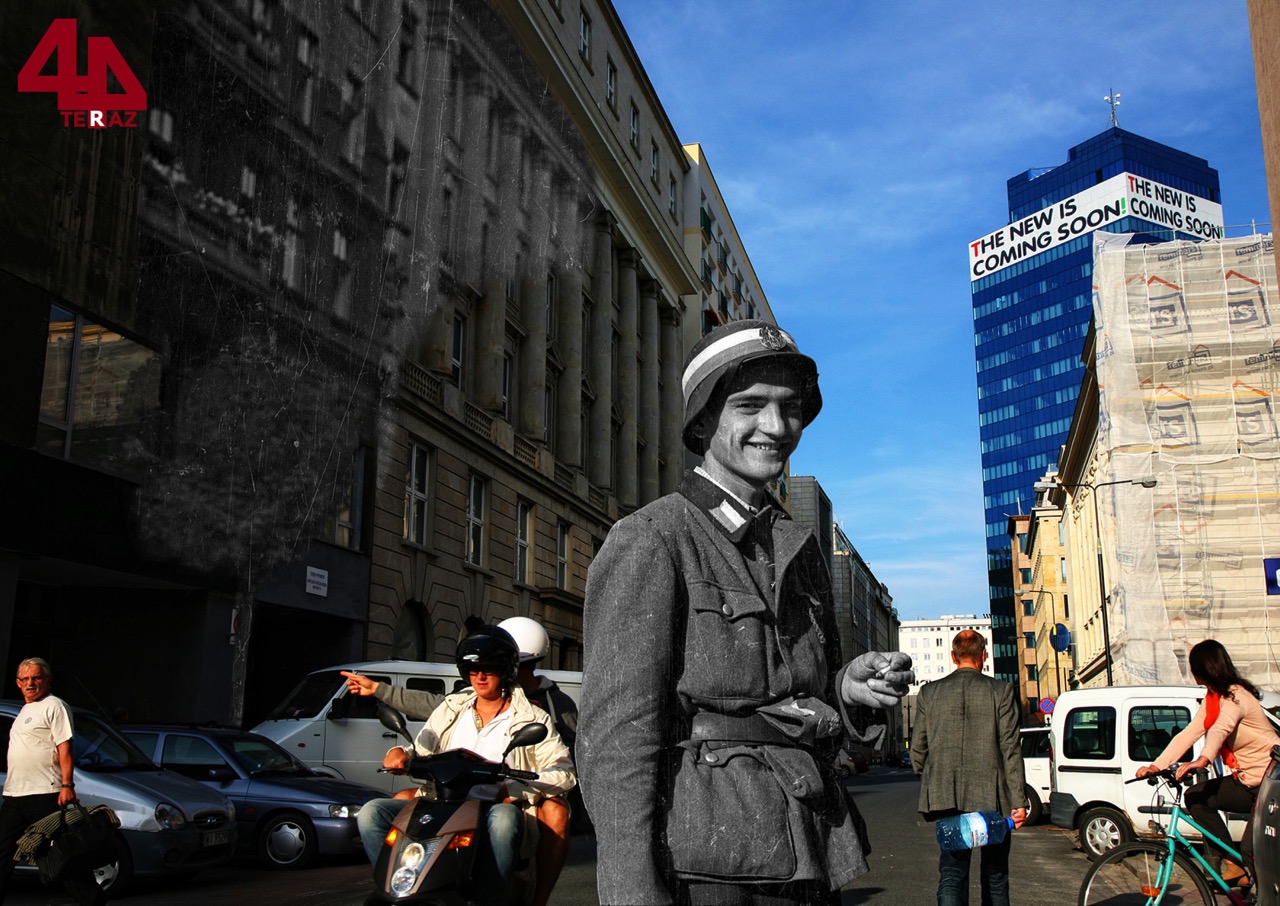 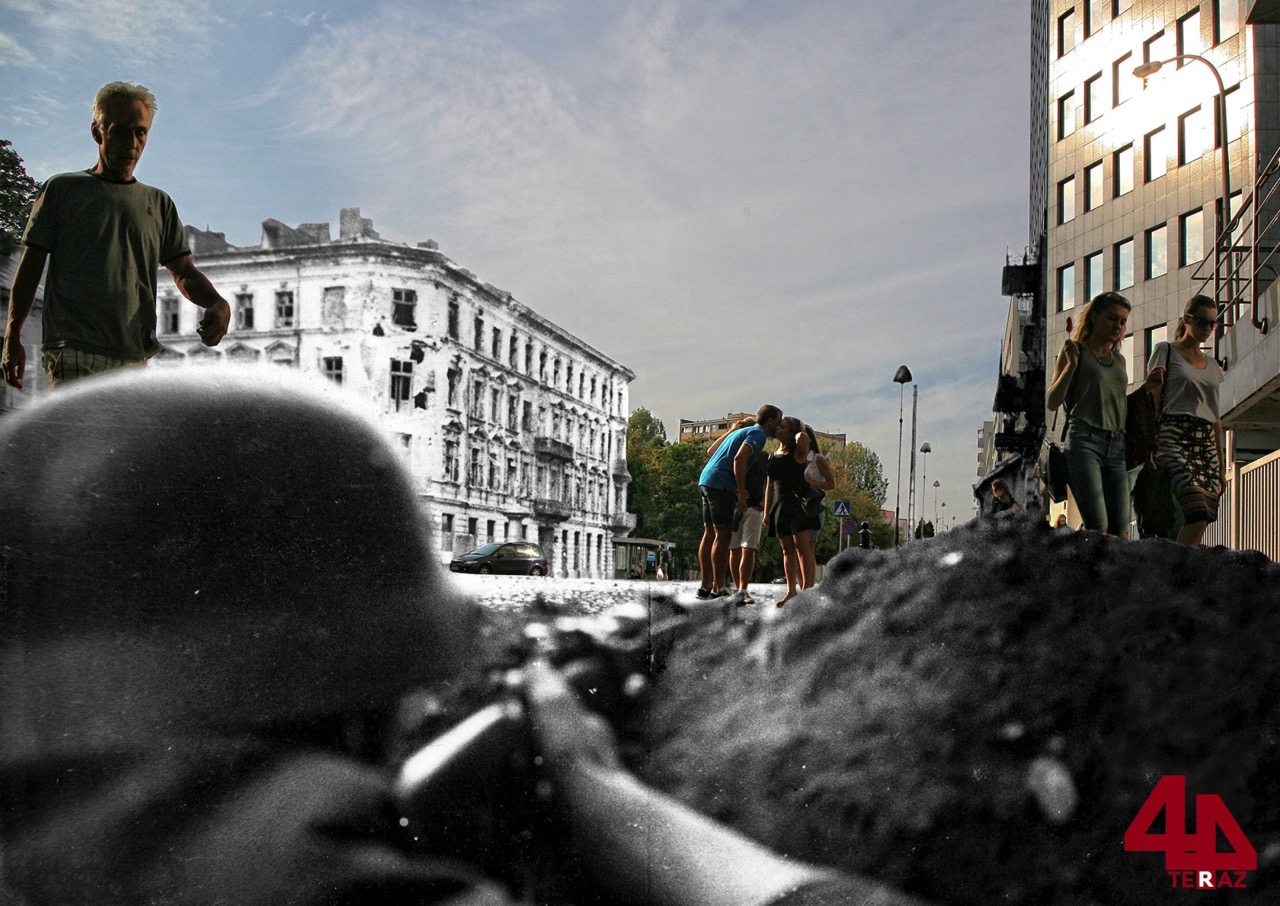 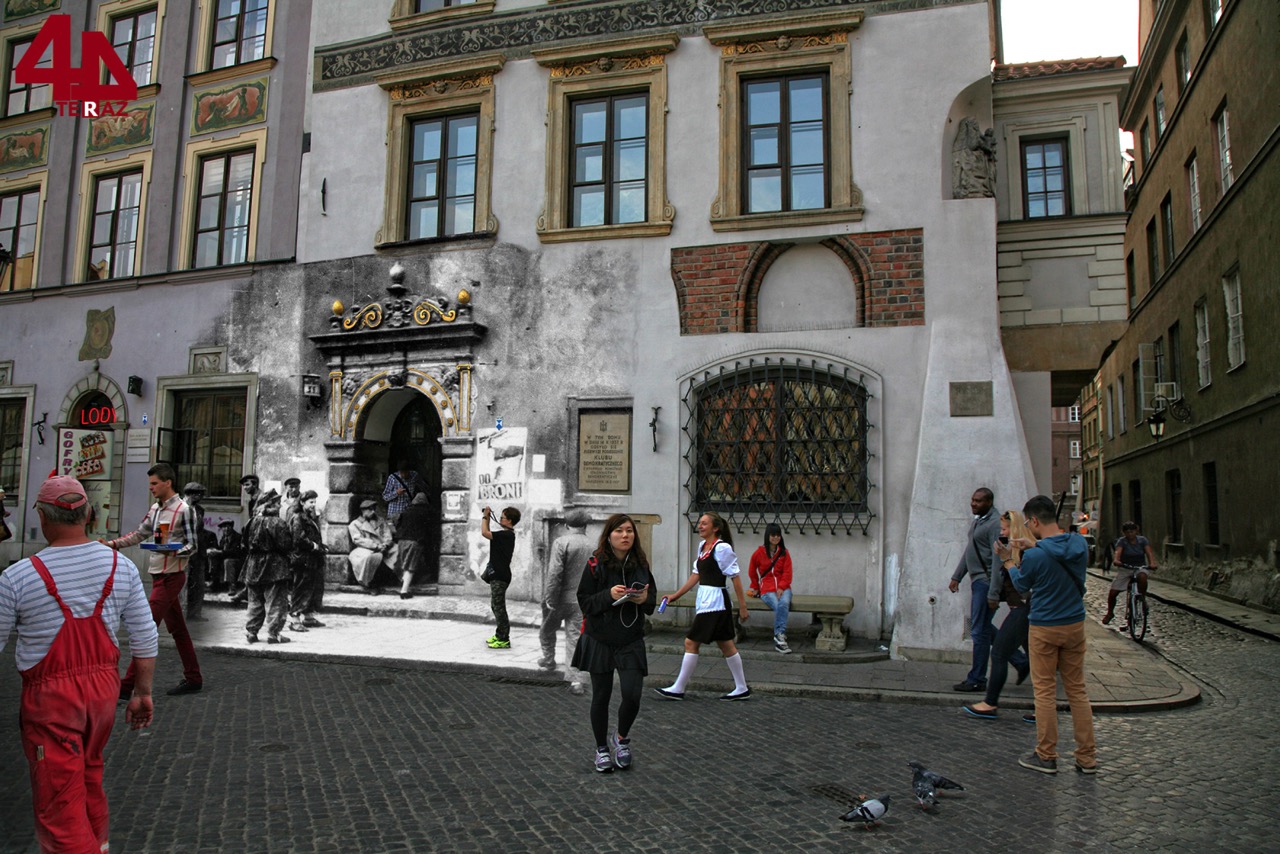 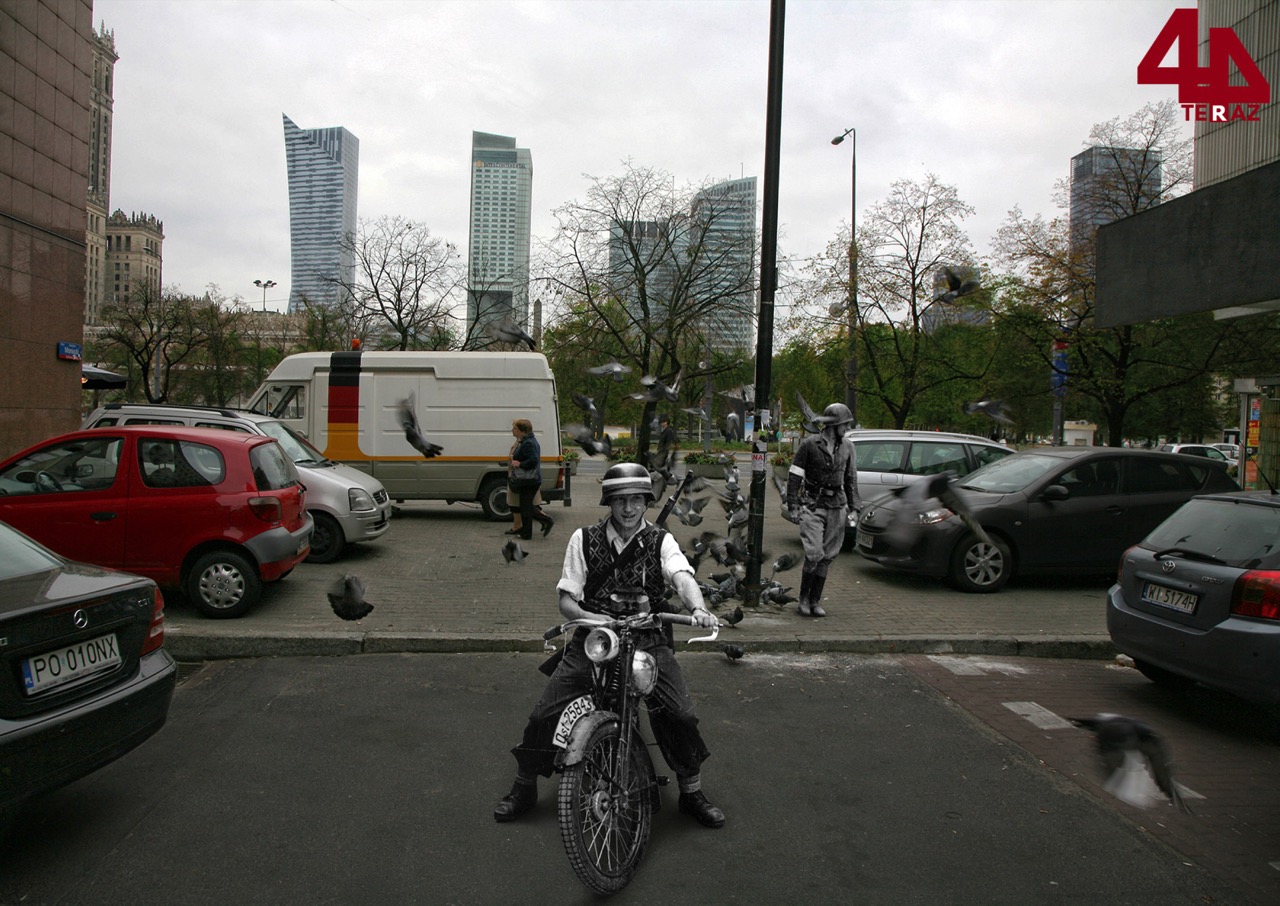