A stone’s throw from Modlin, a humungous strawberry is all that remains of what once looked set to become the world’s biggest strawberry farm…

You’ve got to be pretty thick to lose yourself on the way from Warsaw to Modlin, but should ever you do so then you’ve a fighting chance of finding yourself confronted with one of the wackiest sites in the Mazowiecki region. Yep, I bet you didn’t expect to see a giant strawberry lying on its side by the edge of the road. 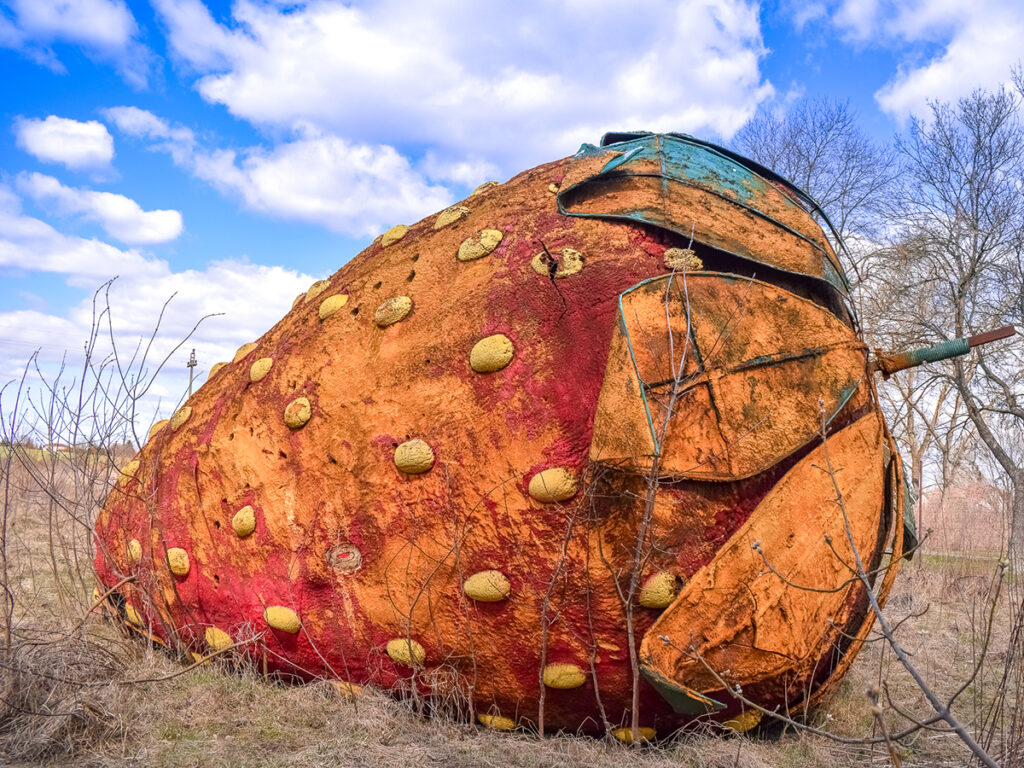 Seen as a cult attraction by urbex photographers and selfie-seeking Instagrammers, the ten-meter strawberry is all that remains of an operation that once harbored ambitions to become the largest strawberry producer on the planet. Set on the fringes of a village called Wierzbica, Sadpol was founded by Janusz Glinicki in those early, wild years of the post-Communist transformation.

Specializing in strawberries, Glinicki’s farm grew to cover between 400 and 750 hectares (depending on which source you choose to believe) and employed, at its peak, over 1,000 people. Without a doubt, it became one of the most significant strawberry farms in the world, with exports reaching the furthest corners of Europe. 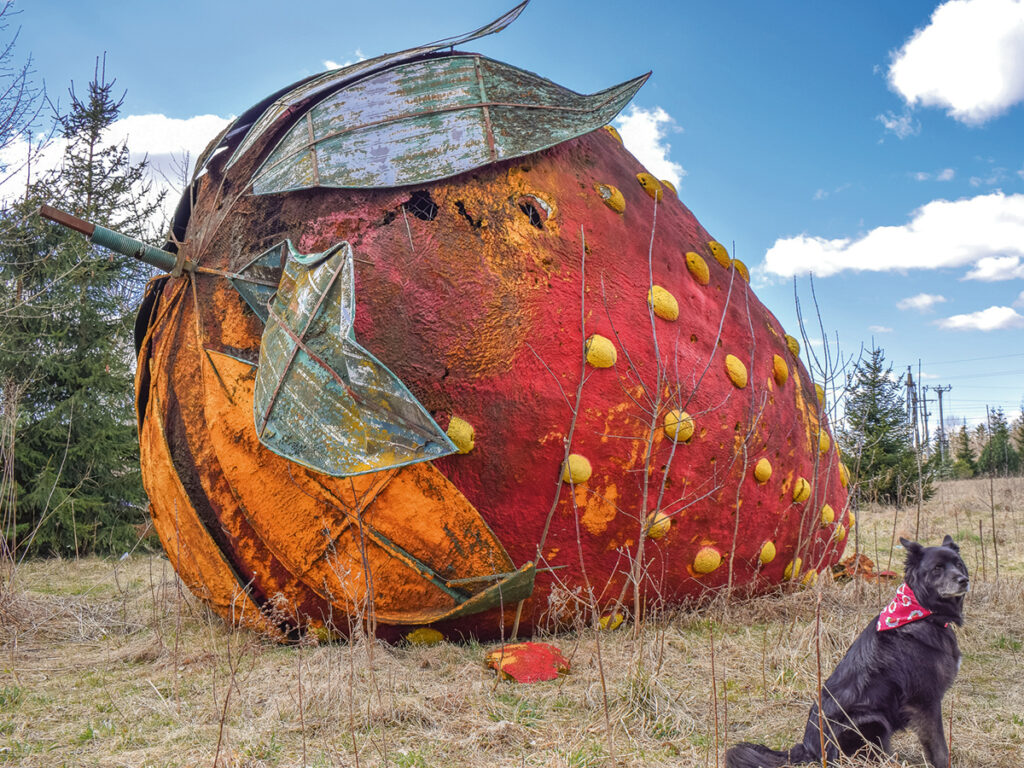 But behind the scenes, all was not well. Hit by cheap competition from Spain and, even, waves of cut-price frozen produce from China, Glinicki’s strawberry business found itself floundering – so bad was the situation, he made news in 2007 after taking his protest all the way to the EU’s nerve center in Brussels. Yet worse was to follow. 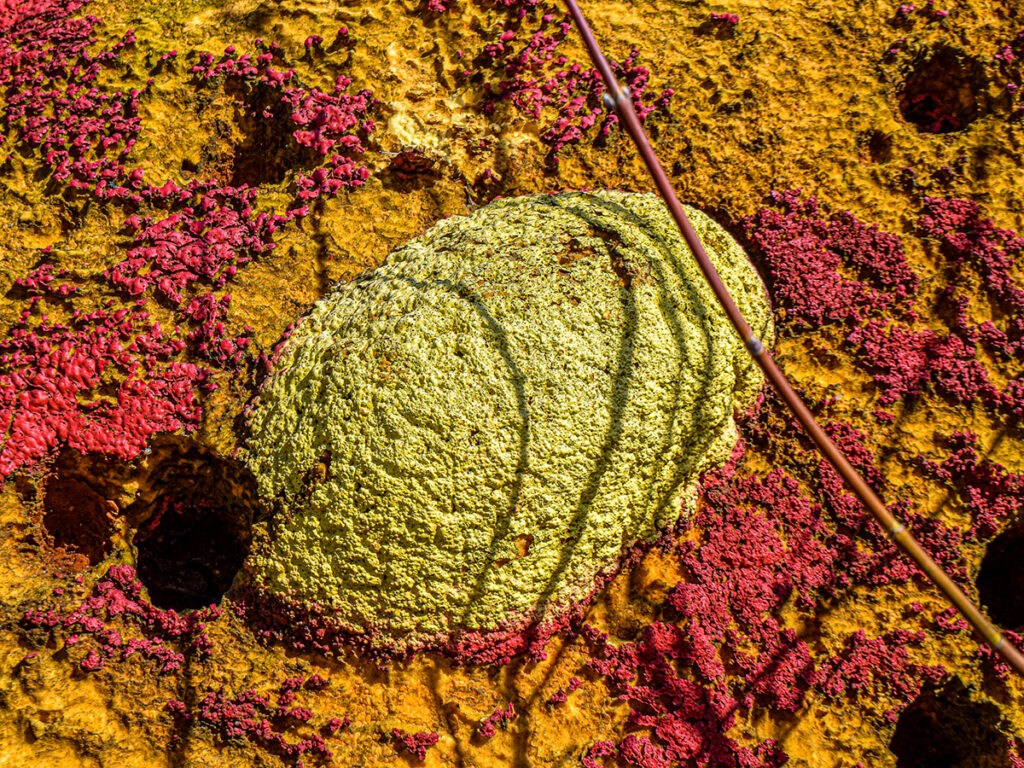 Despite paying wages of PLN 100 per day, as the years marched on Glinicki found himself facing chronic labor shortages. Bussing in workers from 60-kilometers away, the strawberry magnate bitterly complained that the locals no longer wanted to graft for a living despite a regional unemployment rate of over 16%.

Faced with a rapidly shrinking workforce, he found his strawberry kingdom falling apart. Forced instead to branch into more profitable areas of farming, Glinicki’s strawberry operation fell into ruin. 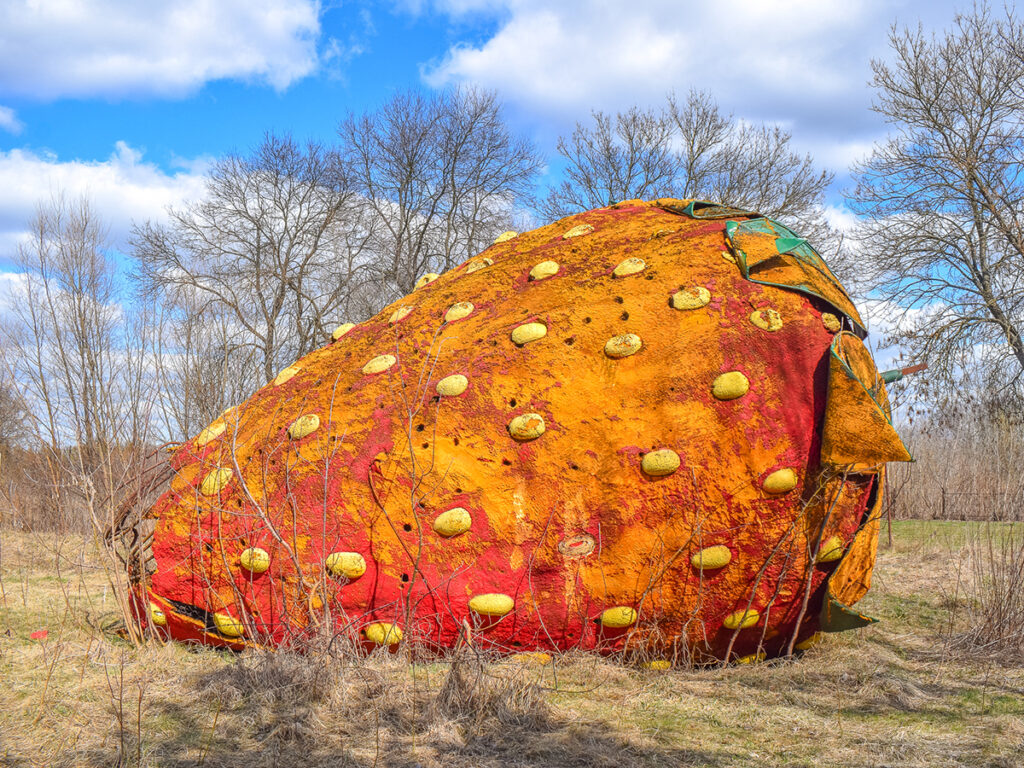 Today, all that survives is a giant foam and metal strawberry that once marked the entrance to his farm. Falling off its pedestal many years back, the fruity monument is a bizarre throwback to brighter times, not to mention a striking reminder of those optimistic days that followed the collapse of the Iron Curtain.