Word From The Streets | Warsaw Insider

Word From The Streets

alternative89 art96 coronavirus12 street art29 wall art6
Weeks after going viral having decorated a wall on Tamka with a mural dedicated to Poland’s health workers, Good Looking Studio are back at...

Weeks after going viral having decorated a wall on Tamka with a mural dedicated to Poland’s health workers, Good Looking Studio are back at it again, cheering up Warsaw with messages of hope during the lockdown. 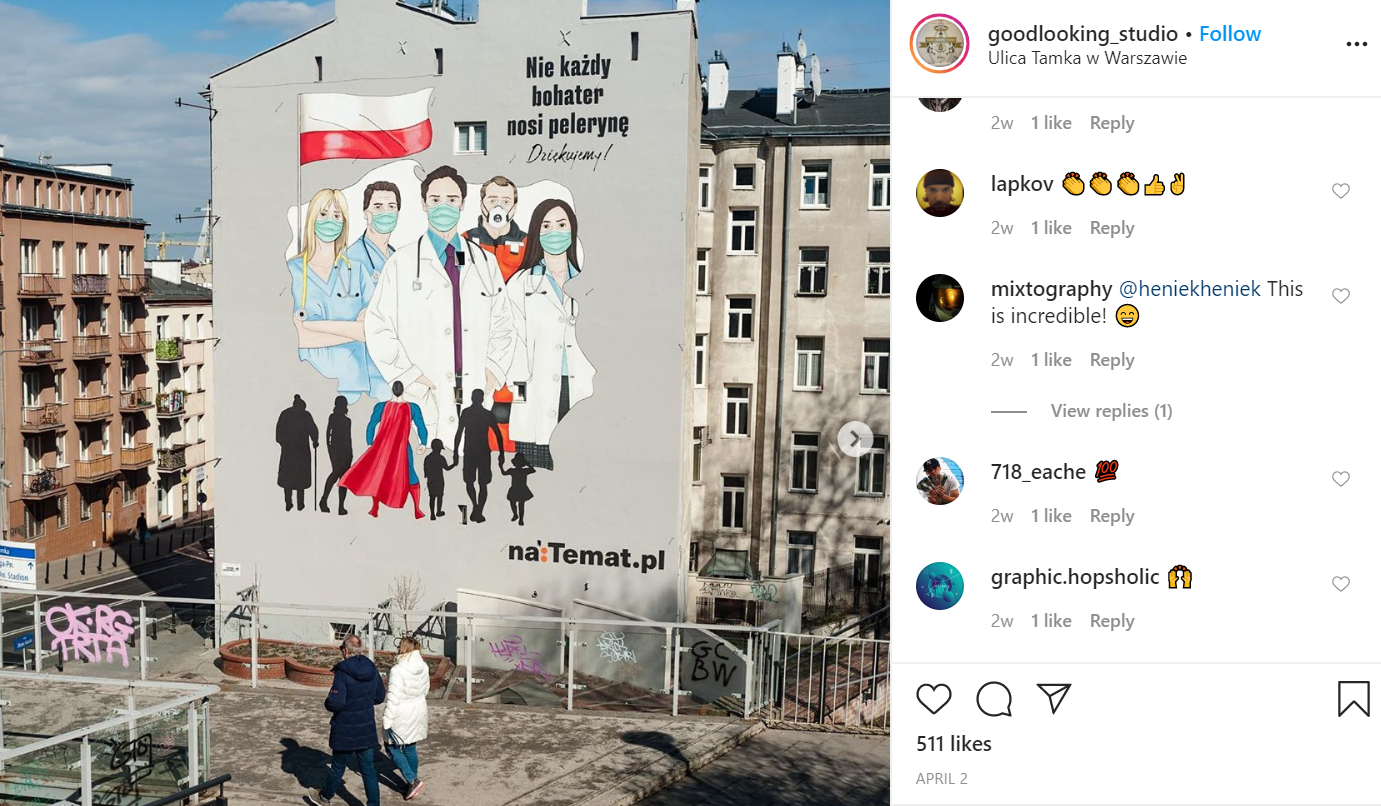 Specializing in XXL wall art, the maverick agency have debuted four non-commercial murals on Bracka 25, Rondo ONZ, ul. Waryńskiego 3 and Metro Centrum, each decorated with their own upbeat slogan. 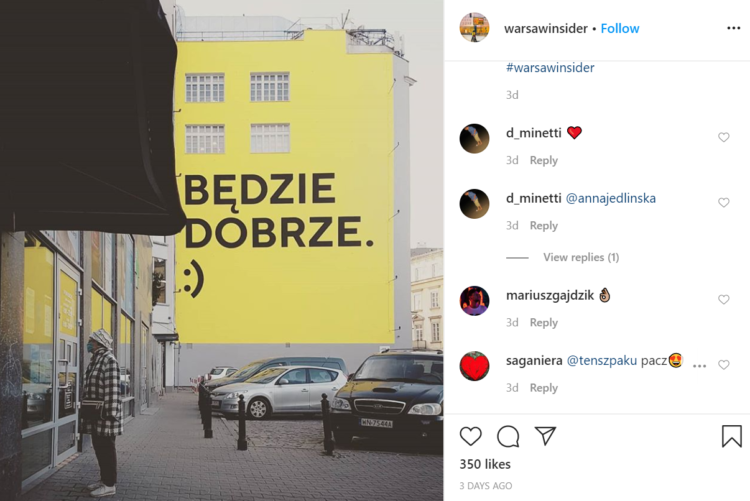 “These are simple works,” says Karol Szufladowicz of Good Looking Studio, “but we wanted to give a little brightness to peoples lives.”

Featuring emojis (“Symbolic of the way people are communicating nowadays,” adds Szufladowicz), the campaign has fired the imagination of social media. “Right now if you look at the news,” continues Szufladowicz, “it’s all black statistics and negative information. What we’ve done is a small thing, it won’t solve the world’s problems, but it will make people smile. That’s all we really can do at this point in time.” 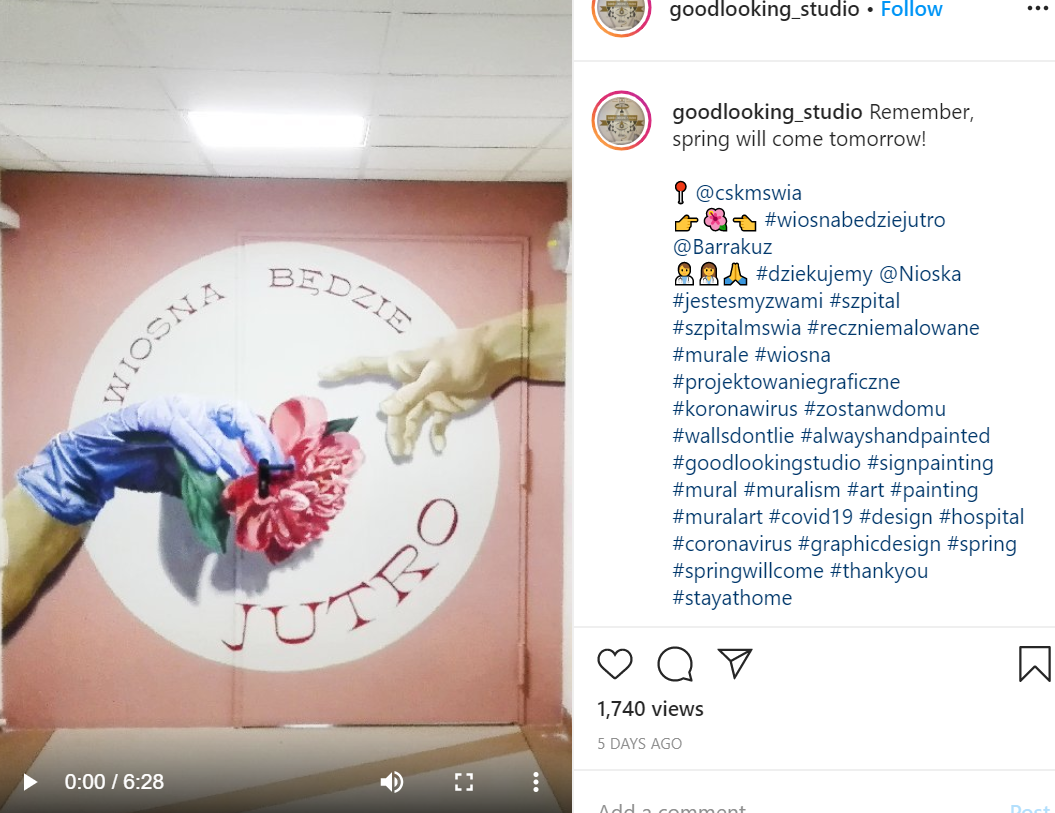 And smile they have. Of Good Looking Studio’s other recent works, the group recently found itself hitting the news after daubing the walls of a hospital with murals supporting the staff.