Everyone loves Aioli, yeah? I mean, come on, this is one of the great success stories of modern Warsaw. In fact, I’ve never heard a bad word said about it. So imagine my surprise when a friend and fellow Insider reviewer returned from their new outpost spitting venom.

The staff were the primary target, though in all truth nothing much escaped his wrath: the food was described as formulaic, and the concept itself as reminiscent of a Times Square restaurant where tourists turn up for ‘the fake New York experience’. I ummed purposefully, pretending to sympathize. Of course, what I was really thinking was ‘what a load of rubbish, can’t be true.’ Rousing my suspicions further, the knowledge the bar was knocking out ‘tank Pilsner’. I had to see for myself… 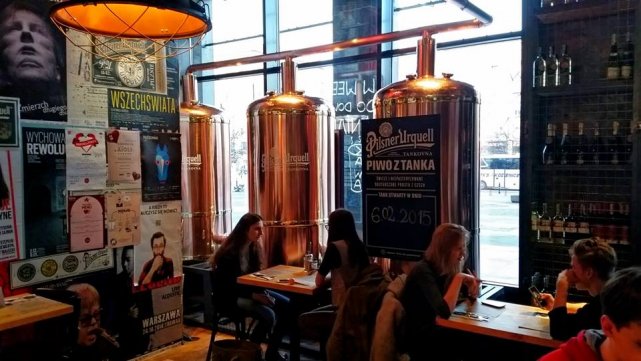 So there I was, last Wednesday or something. While the rest of Warsaw was sat at home in its pants Aioli Inspired by Mini was heaving. Really, in front of me a wall of noisy faces jabbered incoherently. Ignored by the staff, and not wanting to stand around like a lone spud, I found a single stool by the bar. It’s hard to judge the design when people occupy every square inch, but there was nothing to suggest anything actually inspired Mini – just a cynical, cross-branding ploy I suspect. 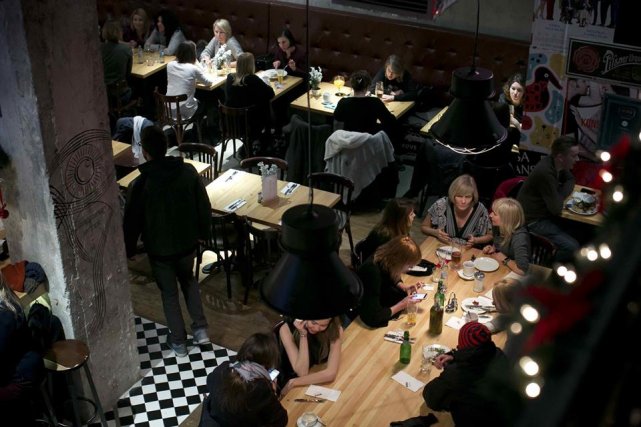 That being the case, what the hell goes wrong here? I gagged on the first sip. This wasn’t the crystal crisp beer I’d been expecting, this was like dirty dishwater. I persevered for a couple more sips before admitting defeat. Before the beer had arrived the barmaid had warned me I was in a ‘buy one, get one free’ situation. At the time that felt like a bonus, now it felt like a threat.

Clearly, Aioli have invested a lot into this project – so how can they short-cut on details. They can start with retraining the staff, possibly just cutting this lot off and starting from the beginning. Secondly, they could maybe think about cleaning their glasses. You can have the best beer in the world, but if you can’t serve it correctly you might as well be pouring petrol.

And, for the record, it appears mine wasn’t just a rogue glass… The next day I received a message from a friend that simply read: “Terrible. Absolutely dire. Filthy glass. Hardly drank any of the beer but it still made me feel sick and gave me a headache.” Now, let’s take a guess which place he was talking about…