asian52 breakfast7 Powiśle126
Cool For Cats? In its unrelenting search for Warsaw’s top brekkie, the Insider touches down in Powiśle’s Cool Cat… The Place In terms of...

Cool For Cats?
In its unrelenting search for Warsaw’s top brekkie, the Insider touches down in Powiśle’s Cool Cat…

The Place
In terms of the interior, what you’re looking at is a venue cast from concrete and tangles of pipework. There are blasts of contemporary artwork, but your attention lingers more on the school seats and drab coloring – more so in these winter months when the arched, floor-to-ceiling windows do a good job of revealing the soot and murk outdoors in all its miserable glory. 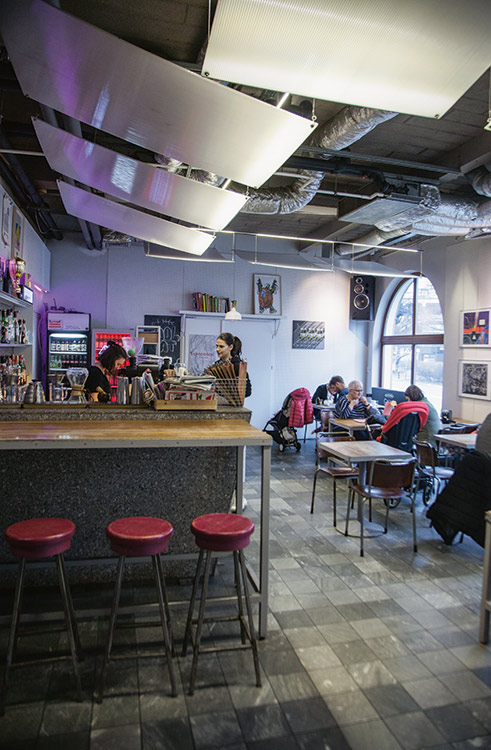 But it would be wrong to think of The Cool Cat as soul-sapping and it takes less than a minute to realize it’s anything but. Having come to represent Powiśle at its hippest, the seeming lack of color is compensated for by a crowd that prizes extrovert fashions, tatts, piercings and styles – and in this regard, the staff lead the way. As the regulars (might) say: it’s dope!

The Plate
Proving to be more than just a fleeting flash in the fire, The Cool Cat has prospered since premiering five years or so ago and that’s for reasons beyond being considered edgy by the readers of Vice and Noizz. The food, a playful collection of Pan Asian and Pacific Rim dishes, is executed well, and that also applies to breakfast. 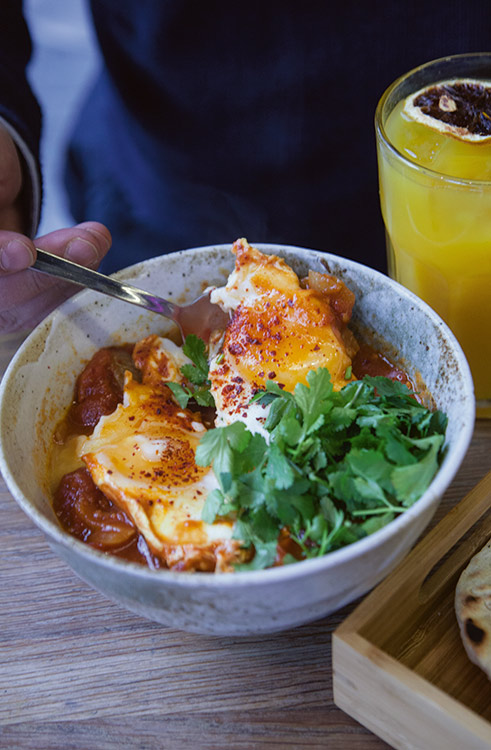 Though limited in choice, these are great plates that dare offer something different for the first meal of the day: banh mi sandwiches loaded with pickles, “Korean pate”, fried egg and crispy bacon; creamy avocado toasts and a deeply warming Shakshuka that’s best described as ‘middle east for the millennial’. Then supporting these, find a range of filter coffees, Kombucha drinks and experimental smoothies such as the Bananut (banana, peanut butter, miso, cinnamon and almond milk).

The Final Word
In The Cool Cat you don’t just begin the day well, you do so in a way that’s entirely unexpected of Warsaw. True, the air of underlying cool acts as an invisible barrier to those who like to eat breakfast in a suit, but that’s not a bad thing. Fun and quirky, it’s a place that feels perfect for Powiśle.