drinks333 Kevin Demaria1 pizza40
Millennial dreams are realized in Pizza Boyz…   A satirical comment on the modern world or a fascinating anthropological study of millennial culture? Whatever... 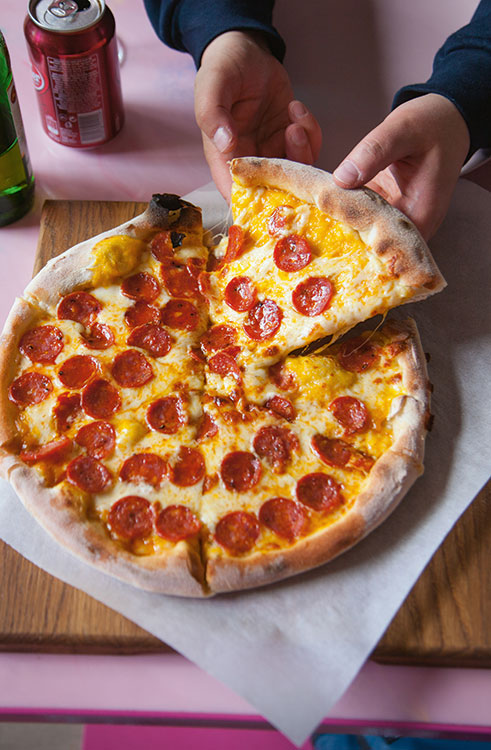 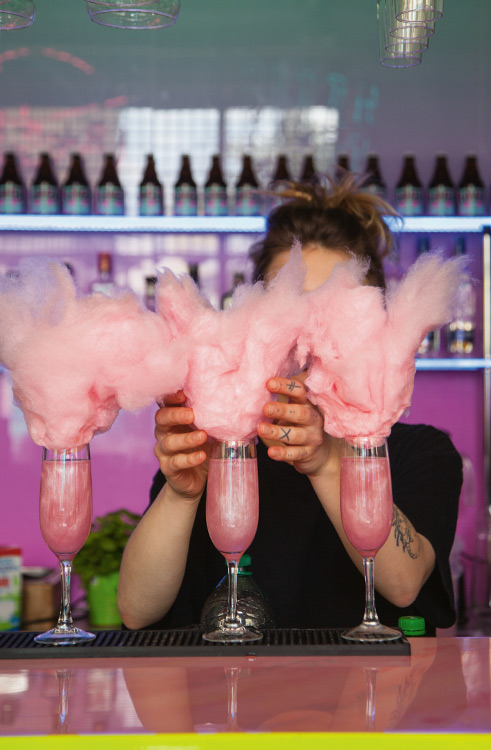 A satirical comment on the modern world or a fascinating anthropological study of millennial culture? Whatever it is, Pizza Boyz is as brash and in-yer-face as the name may suggest. If you’re over twenty, then you’re over the hill. Targeted at a generation that speaks in emojis and rides skateboards to class, here’s a place that’s forever young.

Woah. Colors of lipstick pink, electric blue and dandelion yellow have you thinking you’ve walked into a packet of Skittles, whilst other touches are provided by exposed girders, wire mesh fencing and chain-link swings. If you don’t have a headache then you will in a second.

And here’s where things get really ridiculous. Refusing to take itself seriously, choose from bonkers pizzas with names like Coke Dope Cheezy Eazy (jalapeno plus Coca Cola BBQ sauce…) or the Flamin’ Hot Cheetos Chicken – yep, liberally layered with Cheeto nuggets. Then there’s the Carolina Reaper, a pizza that boldly claims to the be the hottest on earth. And if that’s not enough, then find them pimping wacky pancakes featuring fillings such as M&Ms and triple bacon (together!!). Backing that up, order crazy cocktails that are an exercise in sugar overload: extreme creations that involve hollowed-out pineapples or wisps of cotton candy.

The weird bit is… it’s actually very likeable. Daft and dizzy as the concept may seem, people here have fun. Much against our will, we did as well. There’s better food out there for sure, but for wacky, guilty pleasure then it’s thunderingly weird and strangely addictive.