Staring at bits of rock and fossils isn’t everyone’s idea of fun, but a visit to the Museum of the Earth (Al. Na Skarpie 27) isn’t necessarily a snore. The building itself is magnificent, and considered “one of the best achievements of contemporary Polish architecture as far as decorative stone is concerned.” Reconstructed by Bohdan Pniewski between 1935 and 1938, and then restored following heavy war damage by Tadeusz Zieliński, it remains an architectural oddity of quite some standing.

The real curiosity, however, is the patch of blood left by an unknown soldier during the 1944 Warsaw Uprising. The stain has survived to this day, and can be found in stairwell leading down to the basement. It’s both macabre and poignant in equal measure, and a stark reminder of what happened to Warsaw. Entrance, incidentally, is free. 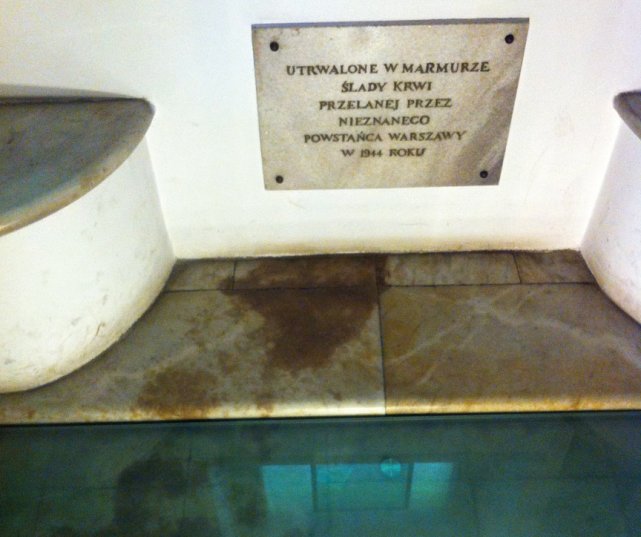