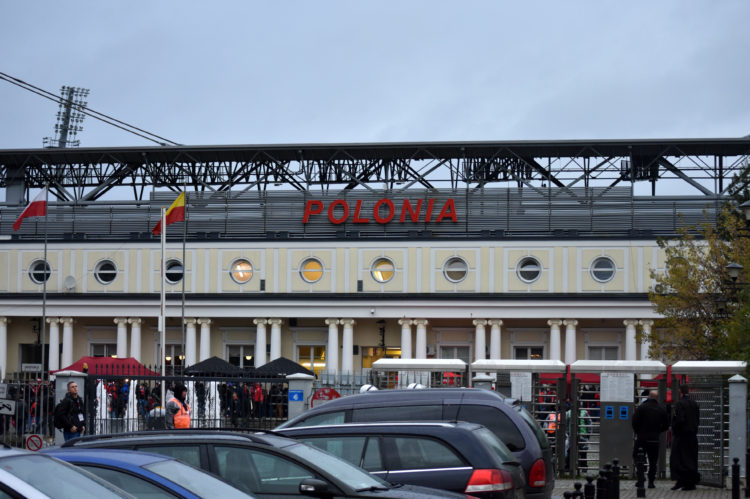 Widzew, at least, are looking like they’ve turned the corner: a new stadium, crowds touching 18,000 (in a division where anything over a few hundred is decent), top of the league and the former national team manager as boss. 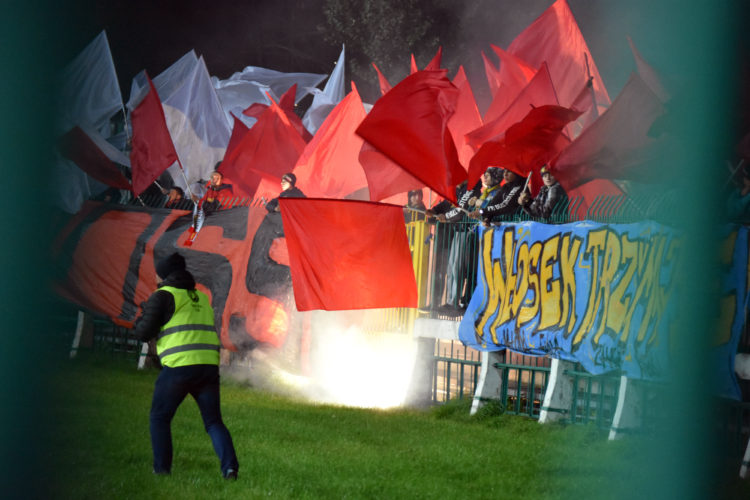 The home side, on the other hand, are in financial meltdown and spinning into oblivion. Great turnout mind, with Polonia’s biggest crowd for a few years rallying round and putting their hands in the pockets to top-up the collection buckets going round before kick-off. 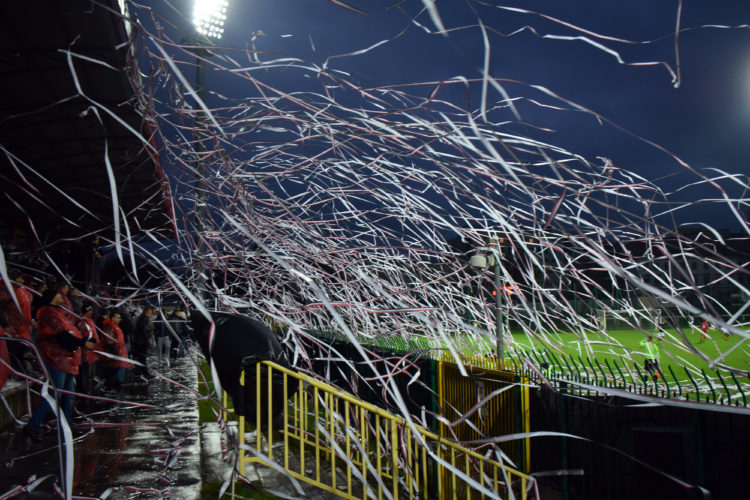 For Polonia’s fans, the day also saw their legendary home end, the ‘Kamienna’, opened for the first time this season – a ploy that succeeded in jacking the atmosphere beyond normal sane levels. 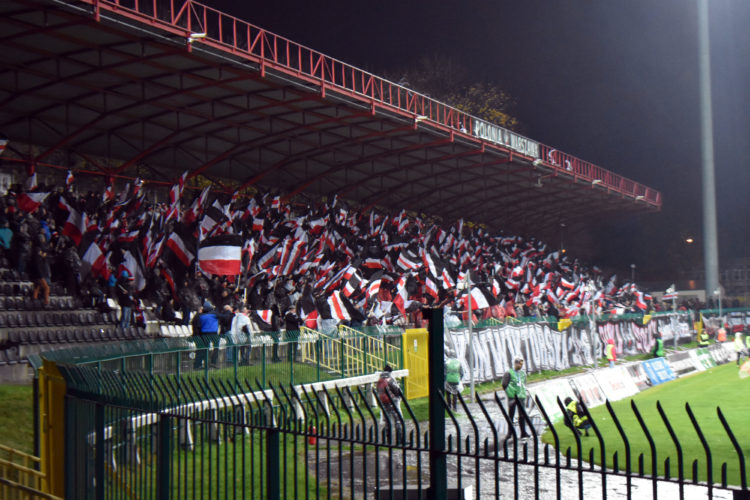 Widzew, meanwhile, were roared on by an away following of about 2,000. 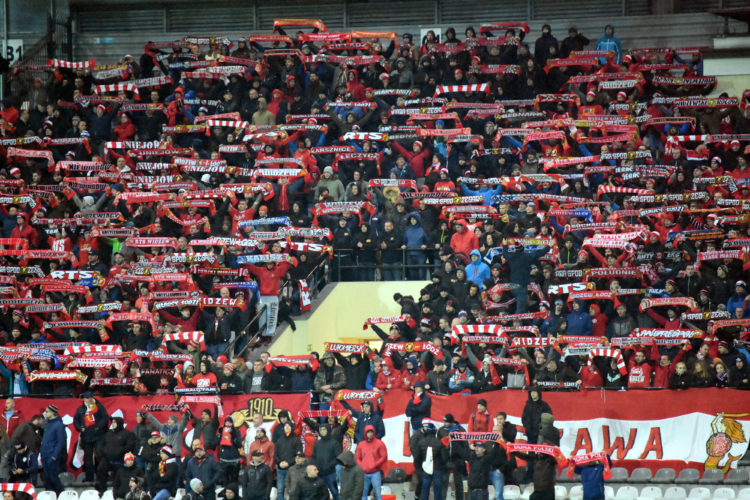 Rotten weather in Warsaw, with rain lashing down and high winds whistling in the ears… not that anyone seemed to care – the tone was set well before kick-off when the leader of Polonia’s ultras shouted through his megaphone: Don’t just stand around, this is f**king war! Indeed. 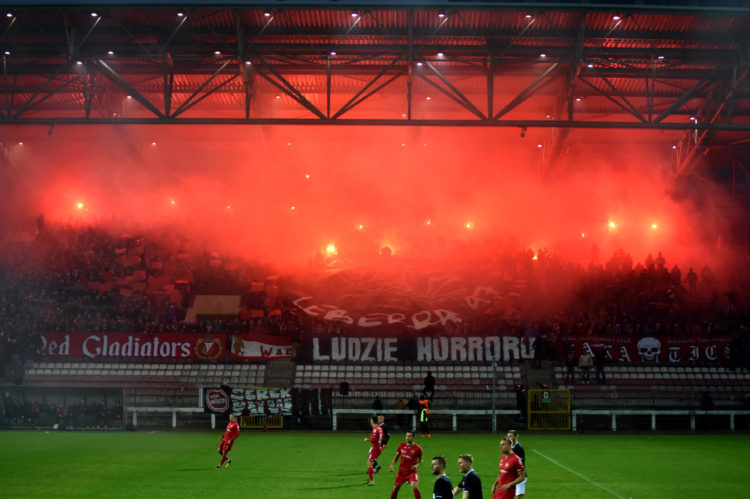 Final score, 1-1 after a pretty dismal game of football – nonetheless, great entertainment in the stands, and the impression that Polonia aren’t going to die without their fans having their say so. 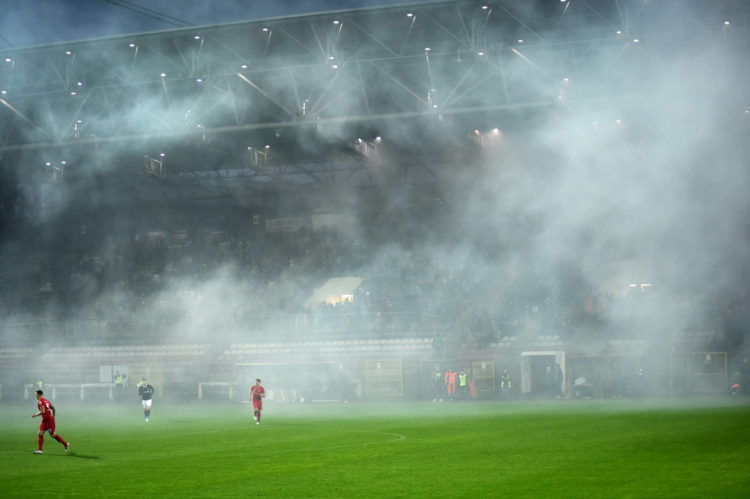