Eighty Years Of The Warsaw Ghetto

Eighty years ago today, Warsaw was irrevocably changed forever after the Nazis sealed what history would later remember to be as the largest Jewish Ghetto in occupied Europe.

Despite numbering around a third of the capital’s population, under the Nazis the capital’s Jews found themselves imprisoned inside an area covering just 2.5% of the city.

Considered the most significant Ghetto of the 800 or so in the Third Reich, it was bound by a six-meter high wall crowned with barbed wire and surrounded by armed guards and signboards warning outsiders of typhus. At its peak, over 380,000 were contained inside, with the Nazis appointing a Council of Jews for the purposes of administration. 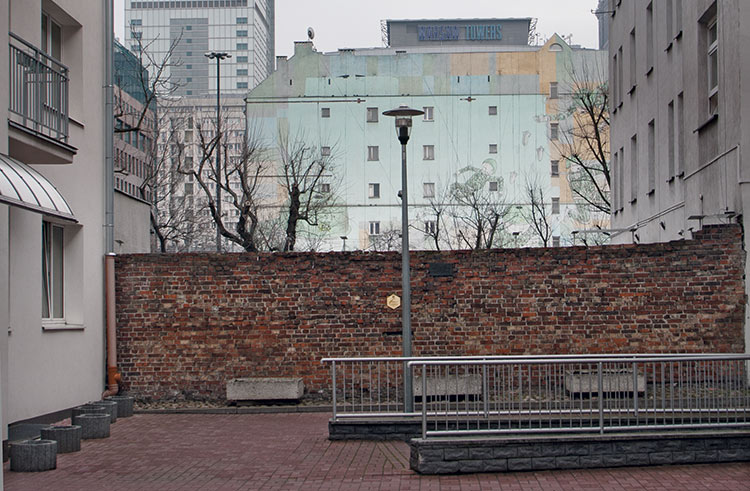 Separated into two sections, and linked by an overhead footbridge that spanned ul. Chłodna, conditions rapidly deteriorated despite cultural life temporarily flourishing. A Fotoplastikon on ul. Leszno offered what historian Norman Davies describes as “a popular eye on the outside world” and, to those few that could afford them, concerts, music halls and cafes offered a rich array of entertainment featuring the likes of Władysław Szpilman (immortalized in The Pianist) and ‘The Nightingale of the Ghetto’, Marysia Ajzensztadt.

“It was all a desperate form of escapism,” wrote Davies. “As someone remarked, ‘humor is the Ghetto’s only form of defence’.” 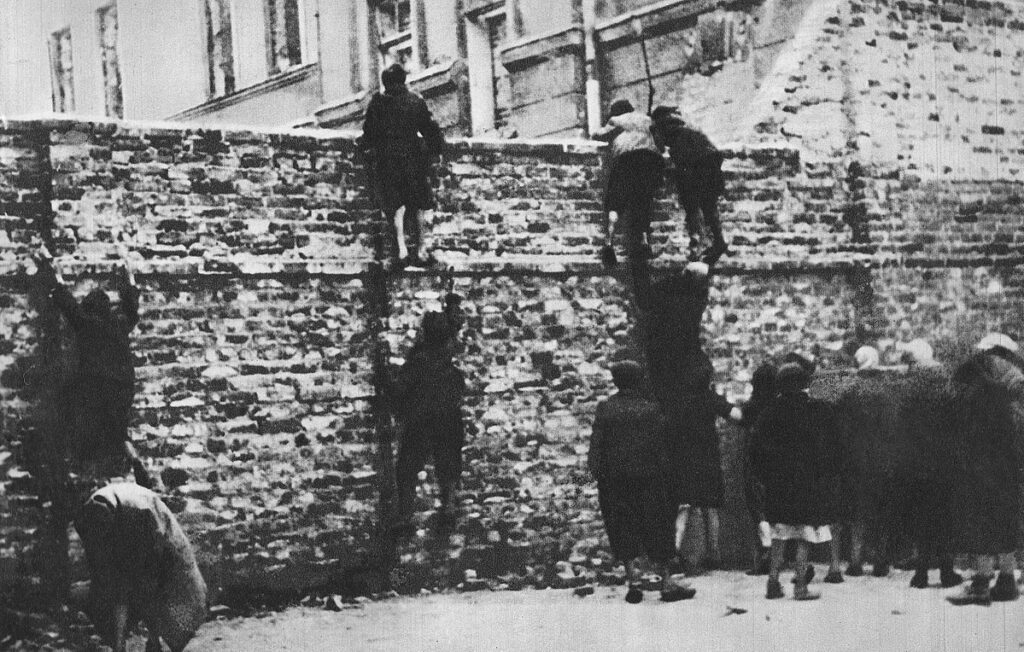 Likened to a “sealed and watertight torture chamber deep in the hold of a ship that had itself been hijacked by pirates”, residents soon became inured to the sight of suffering: ragged, starving urchins and emaciated corpses became commonplace on the crammed, congested streets. 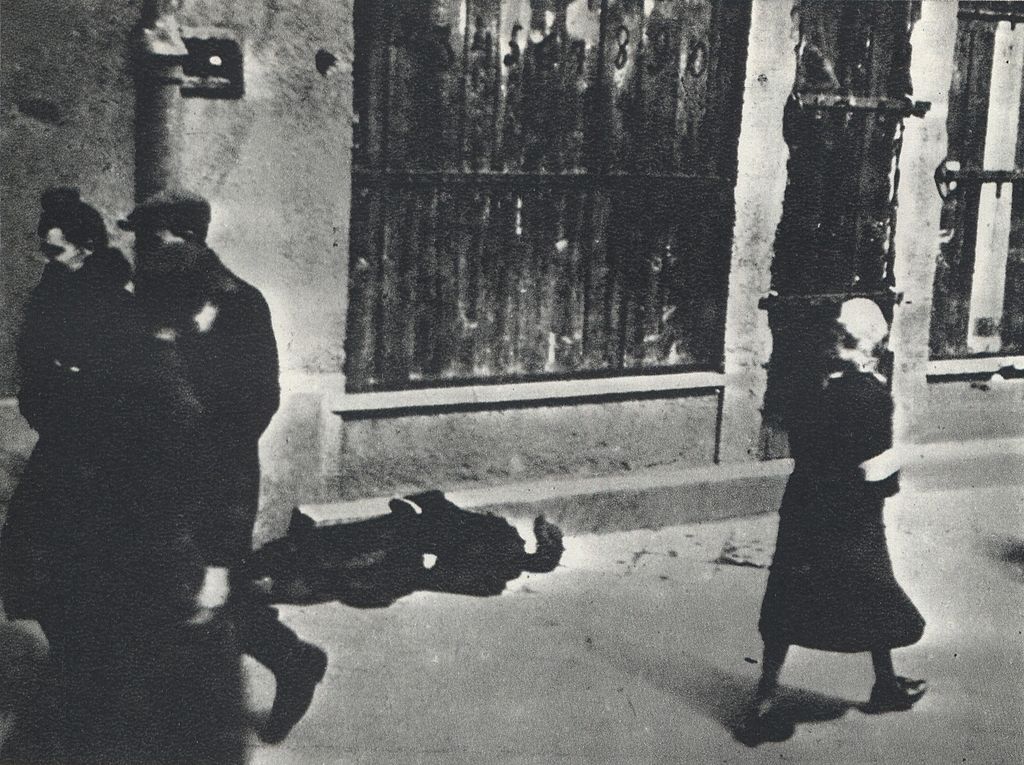 Famously, Jan Karski was able to slip into the Ghetto to report back to the Polish underground exactly what was happening inside its walls.

“There was hardly a square yard of empty space,” Karski later said. “As we picked our way across the mud and rubble, the shadows of what had once been men and women flitted by us in pursuit of someone or something, their eyes blazing with some insane hunger or greed.”

Tragically, as we all now know, things were to only get worse.