The Place
Often, Warsaw’s pre-war title as ‘the Paris of the East’ is impossible to comprehend. Then you see the corner of Hoża and Poznańska: elegant and ornate, it’s something straight from the 6th arrondissement. Through the door, and diners are met head-on by a seductive space that’s dark, intimate and full of gleaming glass. The chef’s table, seating about ten on high stools, is up the stairs on the right. Here, you’re in the thick of the action, an arm’s length from the kitchen’s pass. 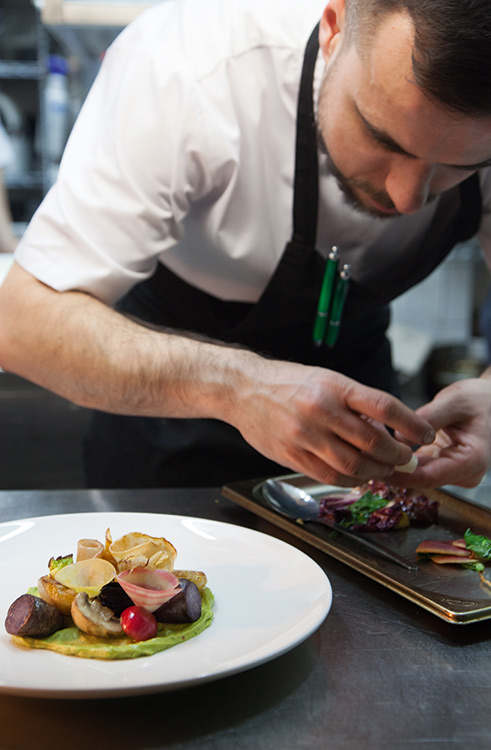 Background
Though set-up to complement their trendsetting sister, Kieliszki Na Próżnej, do not think of these two establishments as being twins. There are enough nuances to both the menu and design to grant each their own separate identity: if there’s a common thread, then that’s the general hum and buzz that’s unique to the neo-bistro style.

Wine
The onus is on small-scale producers, primarily those of Italy. ‘Rare and endemic’ wines are a forte, though in truth sommelier Paweł Demianiuk has scored a wide range of tipples to suit all occasions. In all, find 170 wines, all of which are available by the glass. Those with a nose should rise to the challenge and ask for a glass of ‘mystery wine’: a free bottle awaits those who correctly identify it. 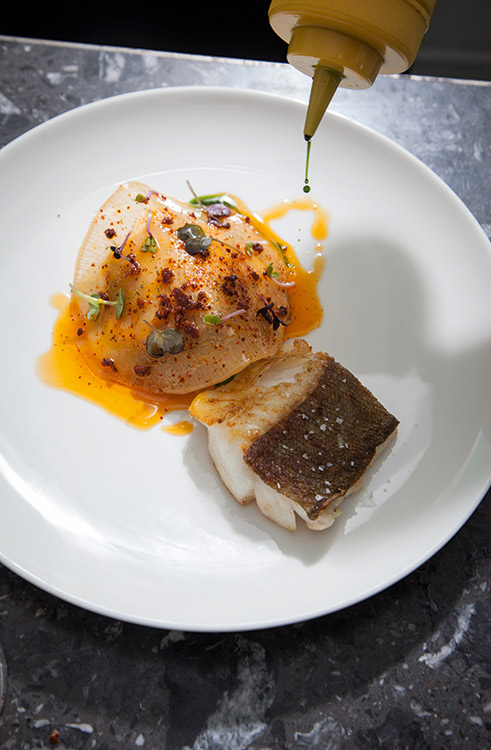 Chef
The only Polish graduate of the Alain Ducasse academy in Paris, Dawid Balana’s varied culinary path saw him begin his career in a Wisconsin branch of Hooters (“I was basically there to learn English,” he says, “but it was great – all the staff shared the same dressing room!”), before truly finding his calling in Norway: “with so few local ingredients at your disposal,” says the chef, “it really pushed you to get creative.” Now back in Poland, Balana has combined everything he’s learned along the way to fashion a menu that’s high on local produce but cooked with a classic French twist.

Tasting Notes
For the Insider, dinner at the chef’s table encompasses a light, creamy egg with beetroot and mayonnaise; next, a sumptuous serving of onions stuffed with pork, buckwheat and mushrooms; and then, pan-fried seasonal veg presented in a swirl of avocado mousse, leek puree, garlic confit, and oil of smoked paprika. The tastes are precise and well-balanced, but also varied enough to give a seemingly simple dish several interesting sub-plots. The feather in the cap is a skrei, its meat lean and glistening, and a side of pickled rutubaga served with spicy pork sausage and crunchy pork crackling. Drawing a line under the evening is dessert, a chocolate cheesecake with white chocolate ice cream, dabs of cherry emulsion and a sprinkle of nuts.

Final Thoughts
No other street captures the zeitgeist quite like Poznańska: lately, not a week has passed without the area developing in some way or other. But even with so much happening around it, the spotlight keeps falling on Kieliszki Na Hożej. You can feel the passion invested in it, the heart, the thought, the soul and the work. Leaving, it’s with the impression of having experienced something quite special.