Warsaw has seen a growth in unique places or, at least, places that claim that they are. Too often they disappoint. Not on account of their overall quality, just the fact that, actually, they aren’t unique in the slightest – for instance, what’s special about dining on the ground floor of a business tower? Boring! There are though convention breakers out there, and No Comment are just that. Set inside one of those momentous towers that support Most Poniatowskiego, just climbing up the echoey stairs builds anticipation.

That ‘sense of unknown’ manifests itself particularly well in their weekend’s only club, a bi-level area whose small size adds to the air of mystery and exclusivity. Away from the prying eyes of Joe Public, you can imagine glittery local celebs getting up to some rather naughty things. Yet there is more to No Comment than promiscuous high living. Connected via an outdoor concrete footbridge, the club part faces another enigmatic door, one that opens out into a moody restaurant sheathed in blue velvet. With the last of the September sunshine sloping through the slit windows of the tower, the contrast between light and shadow is heavy and pronounced. I don’t feel like I’m in a restaurant, I feel like I’m in a film – something weird by Aronofsky or Lynch. 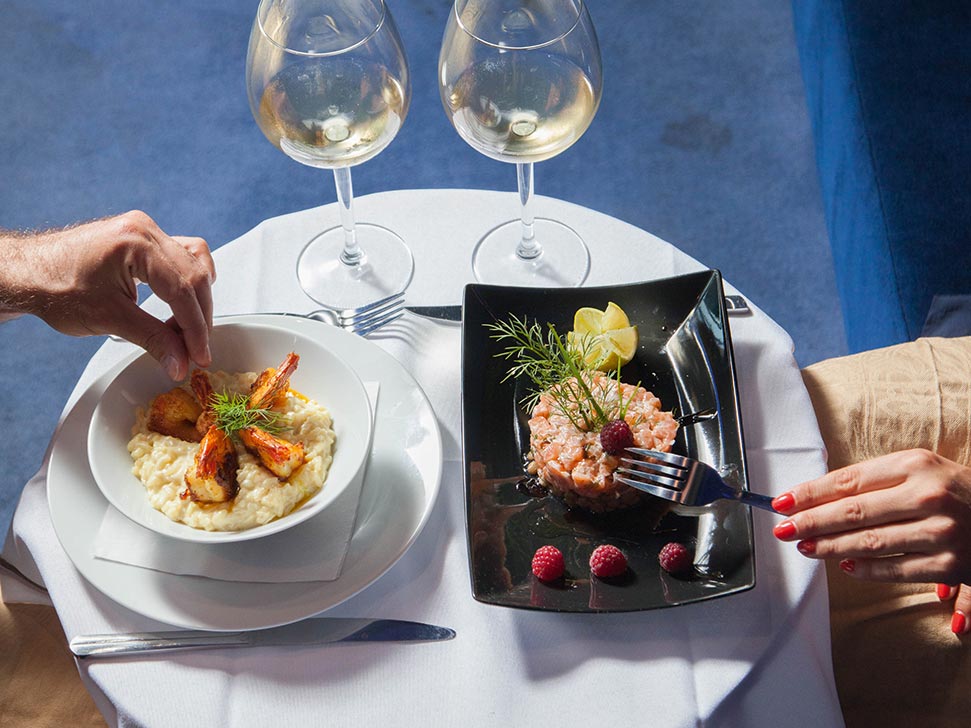 Seating is small and tight, set around glass-topped tables that favor form over function. But there’s a reasoning behind this which soon becomes apparent. No Comment is all about intimacy, about bending over platters for surreptitious slurps of New Zealand oysters. It’s about decadence, about clinking glasses and toasting the moment. Most of all, it’s about authentic French style. The menu – printed out onto a sheet of paper – doesn’t exactly promise greatness yet that’s what it delivers. 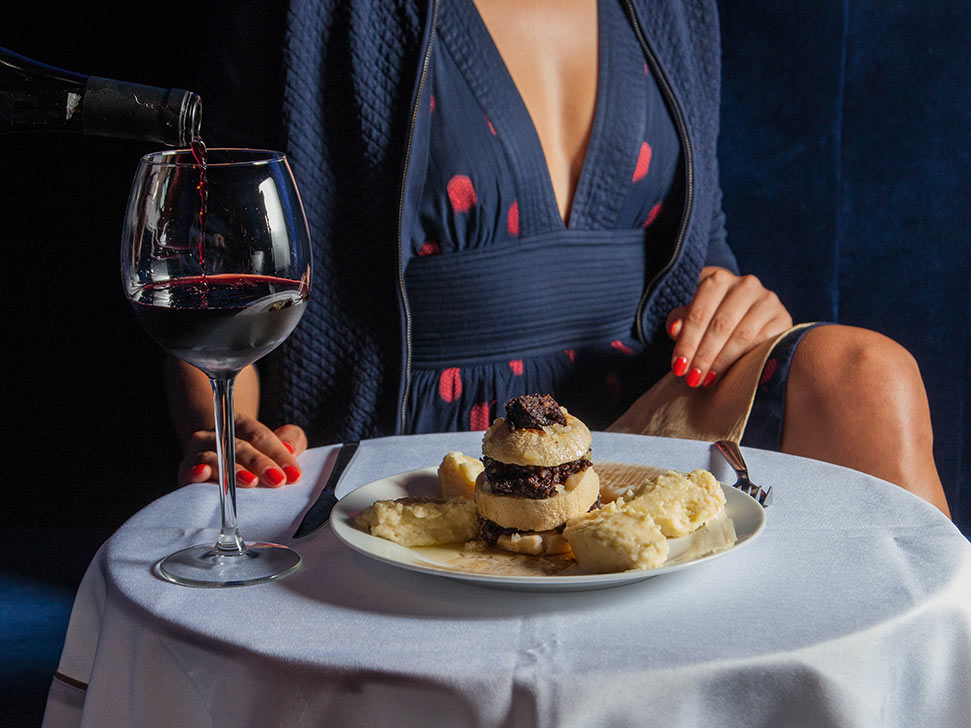 Tartar is fresh and how it should be, while the boudin noir blood sausage is served on a tower of apple puree with a side of creamy mashed potatoes. There is little pretense to this dish, but plenty of the earthy authenticity you’d find in a Parisian bistro. Reading the plate like others would read a palm, you’d say the chef was a man of passion and integrity: there are no tricks, but plenty to suggest knowledge and wisdom. The same is true of a risotto that’s all cream and ooze and jumbo gambas shrimps. It’s spectacular. “I think,” says my date, “this is the best risotto I’ve eaten for years.” Me, I’m moved to agree.

No Comment doesn’t look or act like a traditional restaurant. It feels more like a member’s club, the kind of secret place you’d visit to hire a hitman or start an affair. Despite this slightly so surreal atmosphere, a restaurant is what it is. A rather good one at that.