Airless and anodyne: that’s the reputation Warsaw’s hotel restaurants are unfairly lumped with. True, the balance tips towards sterile, stifling boxes serving food to the masses, yet likewise, it’s remiss to overlook those that are doing something special. Their number is few, but there’s a noisy minority that are cooking with style.

The InterContinental have been doing just that ever since press-ganging Karol Okrasa to serve as the figurehead chef at their flagship restaurant. It’s a fact that Okrasa’s appearances in the kitchen are fleeting and rare, but that’s done nothing to hurt this restaurant’s prestige. Head chef Łukasz Pielak has proved to be a lethal assassin, executing the ideas of Okrasa with accuracy and passion.

The menu is big – not in terms of the actual items that are listed, but by its sheer size. It’s not just a paper plane you could make out of it, but a whole paper air force that could block out the sun. As an opening statement it’s a grand thing to look at and is completely in sync with an upmarket interior that resounds to slick city types wearing monogramed shirts and personalized cufflinks: looking around is like soaking in class. 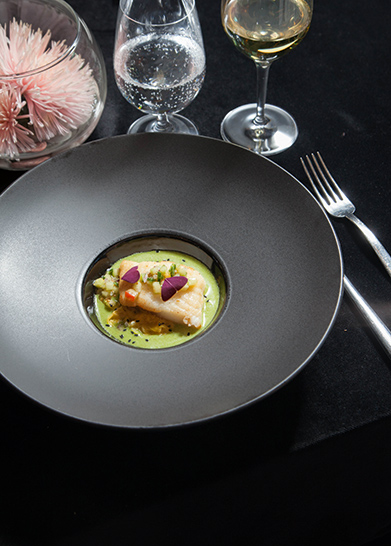 Having congratulated yourself with the choice of the surroundings, order first the marinated tuna. It’s a scintillating dish with subtle distractions: a green pea puree finished with celery root and a tomato / chive salsa that’s gentle and fresh. Next come two pierogi filled with beef cheeks and buckwheat, a little submerged in a dainty, beefy broth. In theory, it’s a dish that could easily be big and overwhelming but instead its defined by sophisticated tastes that never overpower. Spying us from the open kitchen, there’s a good reason that Pielak looks pleased.

The show rolls on with a pristine halibut served on a sour cabbage consommé. In discussing its merits, words like ‘complex’ and ‘elegant’ are mentioned in passing. Even the palate cleanser, a dab of lemon sorbet, has been finely tuned to a precious thing of virtue.

So where does Platter by Okrasa go wrong? Desperately, somewhat, we search for an answer but none is forthcoming. If anything, Łukasz Pielak turns up the volume on the experience with a deer in plum sauce. There’s an imperial, velvet richness to this, one cleverly offset by a baked potato with a sour cream sauce. Presented separately in a jar swirling with smoke, the wax-like quality of the potato causes a swoon. It’s a dish of many details that have all been well-connected with balance in mind. 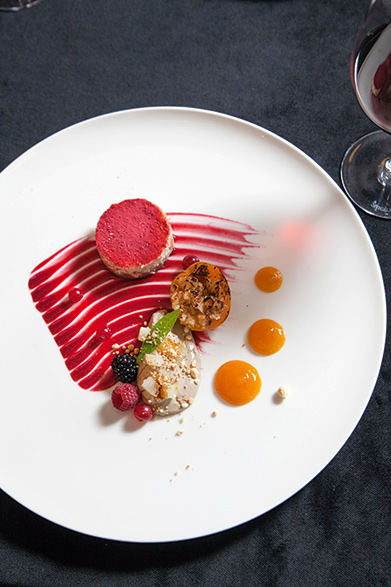 Warsaw’s fine dining haunts are in the dangerous habit of cocking up dessert. Many chefs give up at this point: “I’ve done my bit,” they seem to say, “now I’ll go for a pint and leave you with some pastry chef just out of college.” Clearly, this is a crime. Fortunately, it’s not a crime that Platter is guilty of. Further highs are reached on the presentation of dessert: cheesecake with raspberry powder and white chocolate; a baked apricot; and chicory / coffee crème brulee. Should you see for yourself? Take a guess… (AW)