It’s been called Warsaw’s ‘bedroom suburb’, and for years that’s exactly what Ursynów was: a place to sleep, a place to die. But already a new chapter of its evolution is underway. Conscious of the proliferation of young professionals, businesses are launching and these have gone beyond the standard grocery chains. Take Pociąg do Piwa… 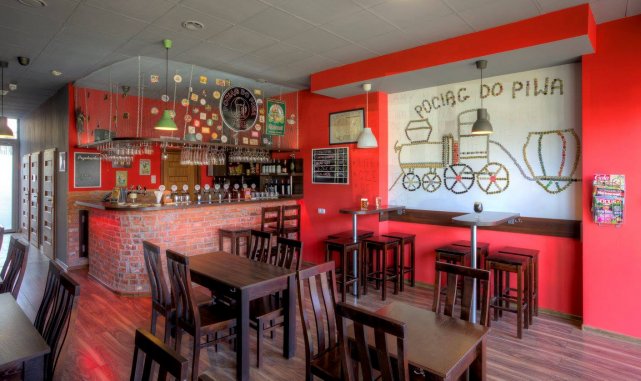 True, from the outset expectations are kept in check: positioned in an anonymous ground floor unit below a stack of residential new build, one suspects the worst – a lifeless void. As it turns out, however, it’s anything but. Perfectly formed, its small size acts in its favor: it takes a scattering of the people to create an atmosphere while the beer does the rest. Ah, yes, the beer.

With 12 taps it’s not Warsaw’s most ambitious offer, but the variety wins plaudits. This applies in particular to the fridge, a thrilling deviation from tap bar norms: find Mikkeller, To Ol, Brewdog, etc. Heeding the wisdom of Łukasz, the barman, we opt for Beavertown, an East London artisan brewery that’s taken to presenting its work in colorful tins squiggled with spaceships and skulls.

We make short work of their catalogue, stopping only to exclaim the greatness of their offer: there’s the crisp 8 Ball, a rye IPA, followed by the light and grapefruity Gamma Ray APA. Not even the 20-odd price tag can deter us from trying the Black Betty, a black IPA that the barman announces to be a personal fave. 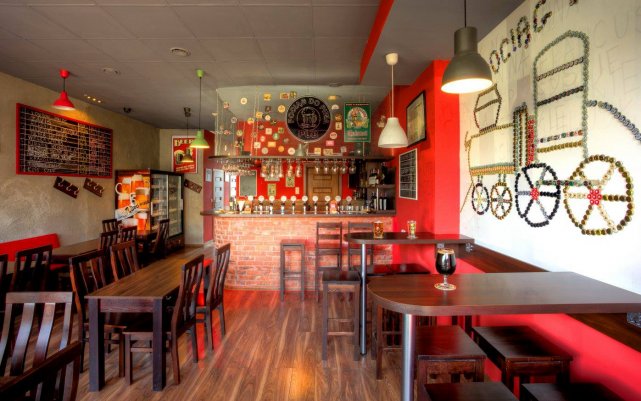 Originally, the plan had been to tour Ursynów’s ‘Beermuda Triangle’: the Czech-oriented Vyceska and another new tap room with some impossible name. But that plan is in tatters. Filled with ‘small bar bonhomie’, leaving seems absurd. So we don’t. That Ursynów’s once barren wastes now house a bar capable of stopping a pub crawl in its tracks is high praise indeed.

Roadmap Out Of Lockdown Announced