Where Am I?
Lovers of the good life will already be familiar with the addy – once home to Poland’s original Michelin starred restaurant, Atelier Amaro, Klonn finds itself planted inside a low-level building just a whisper from Ujazdowski Castle. 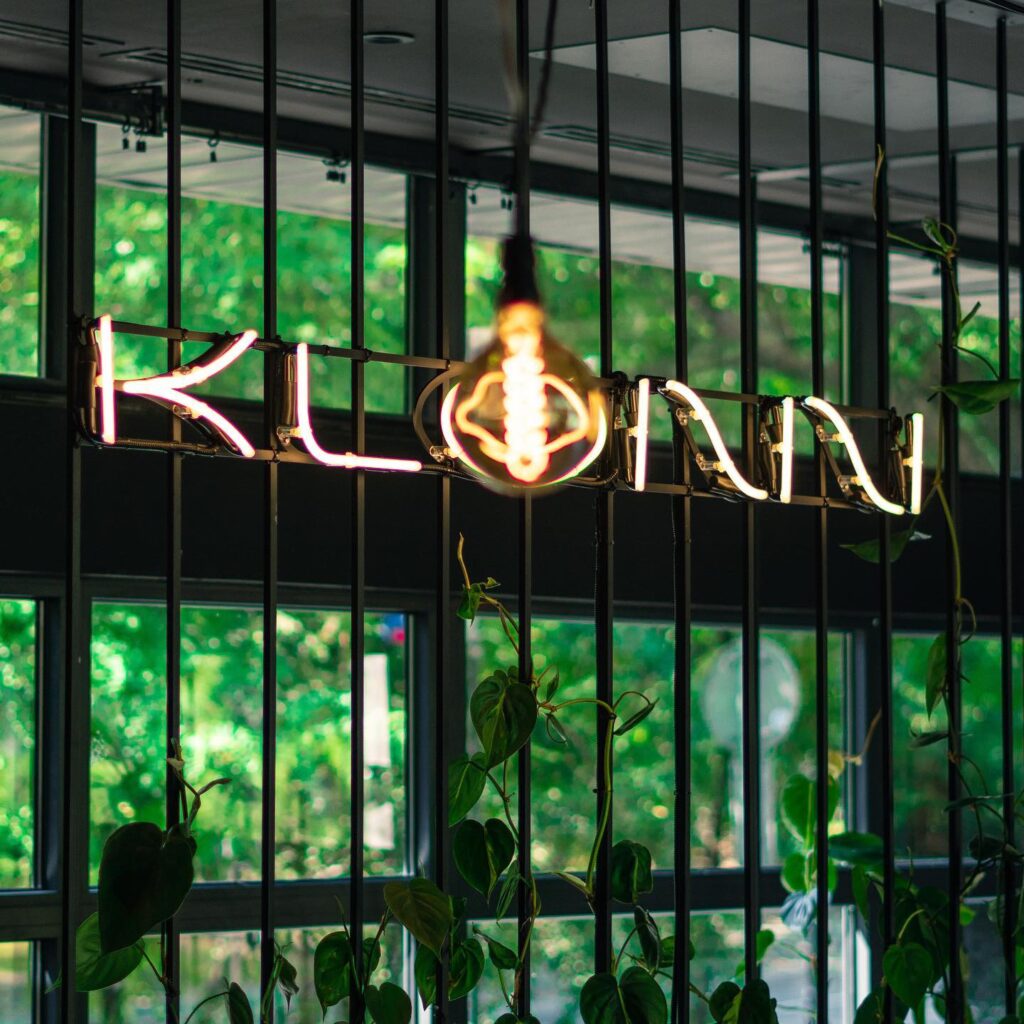 Designed by co-owner Mirosław Nizio, it’s an interior that immediately seduces thanks to a slick, dark look that’s given oomph and adventure by its intelligent lighting and brash bursts of street art. 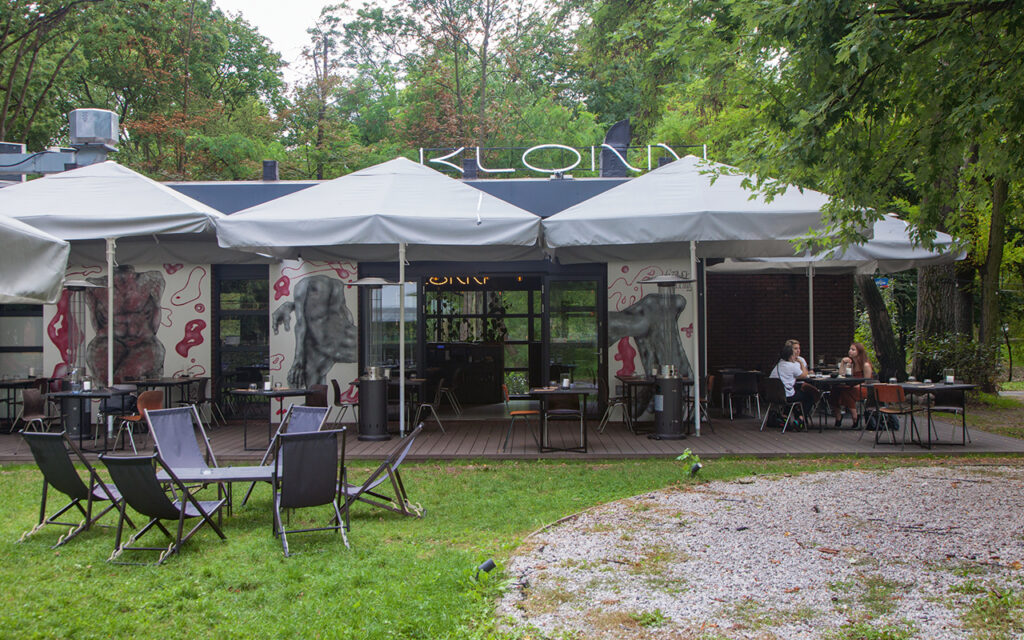 That’s particularly noticeable outside where the façade outback has been reserved for “painting and graffiti” intended to reveal “the visionary potential of Klonn”.

What’s In A Name
Polish Lesson No. 284: Klonn means maple tree, and that’s exactly what you’ll find while lounging outside. Said to be 180-years-old (give or take the odd year or two), find it acting as the cornerstone of a back garden scattered with tables and bristling with greenery. 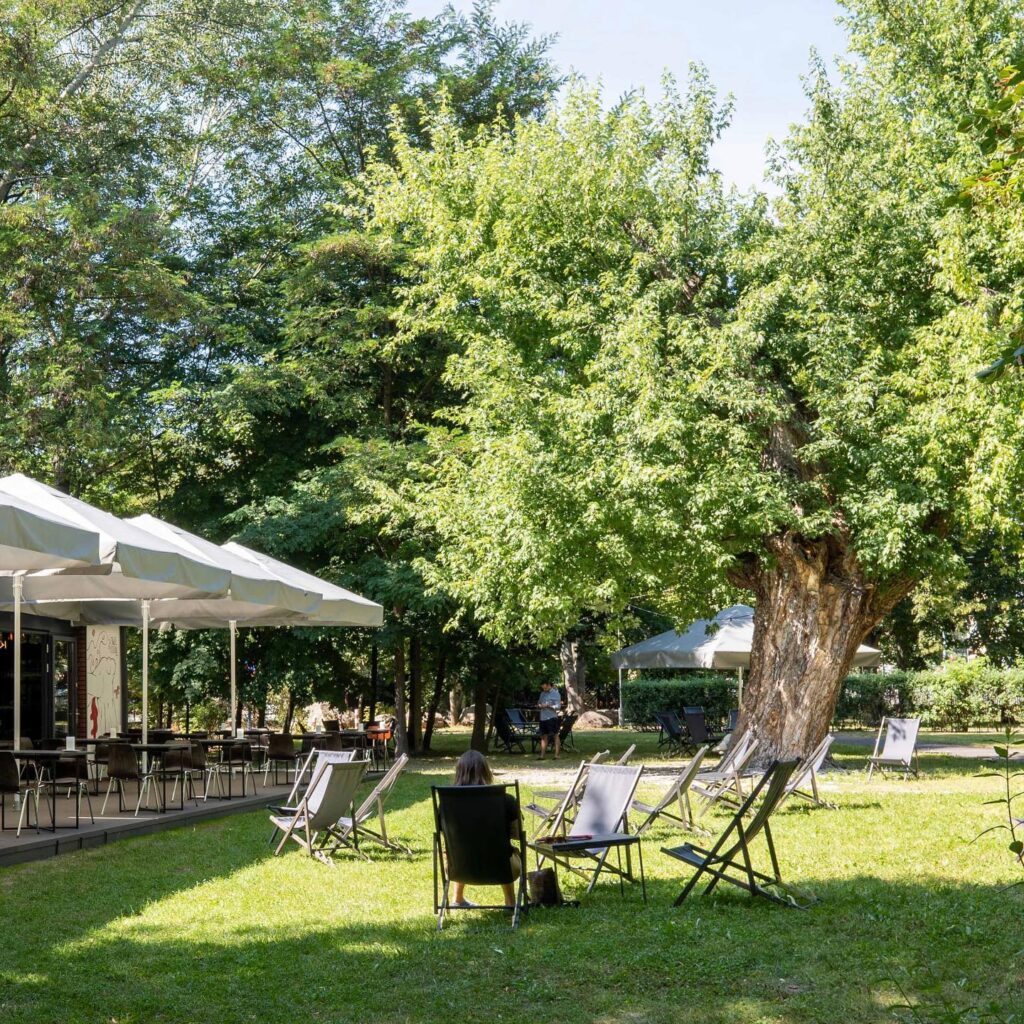 If it looks good now, expect it to get even better once the so-called Golden Autumn hits its true stride mid-October. And with an all-weather glasshouse in the pipeline, you can expect to be enjoying the area’s natural allure long into the year. Oh, and the double N in the name? That’s a reference to its co-owners, Mirosław Nizio and Andrzej Nizio.

Who’s Cooking?
After ten years cooking in some of London’s biggest ticket restaurant, chef Bartłomiej Brzuska has learned a thing or two utilized that experience to present a menu that he calls hybrid in style: casual and accessible, yet also brimming with invention and appreciation for the product.

What Am I Eating?
Klonn’s aesthetics bridge casual with sophisticated and creative with understandable and that latent philosophy is echoed in a menu that’s in perfect step with the wider design. 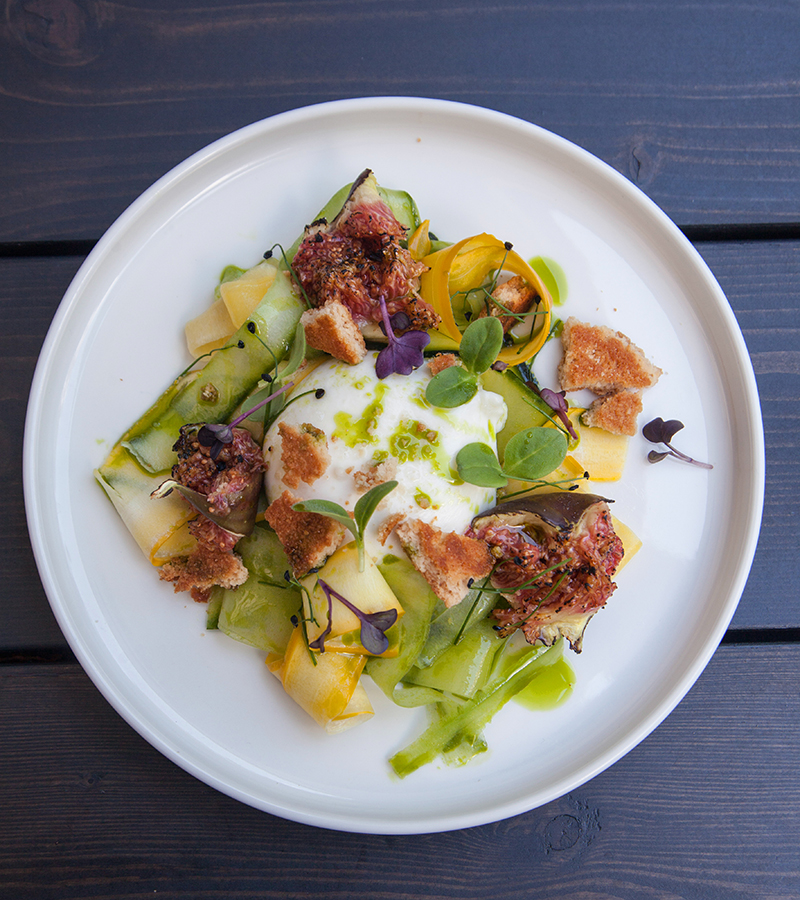 A harmony of flavors, that much is evidenced by starters such as a luxuriously creamy burrata served with caramelized figs and flowery greens. 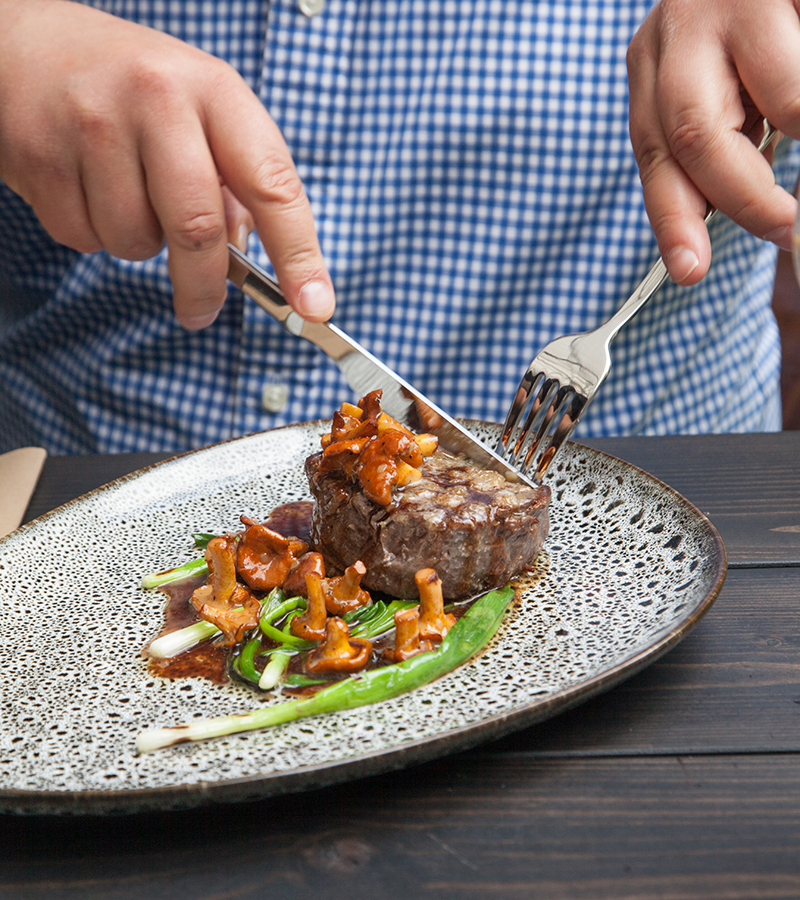 For mains, a beef fillet arrives with chanterelles and a red wine jus and is devoured in the kind of record time that usually needs a stopwatch. 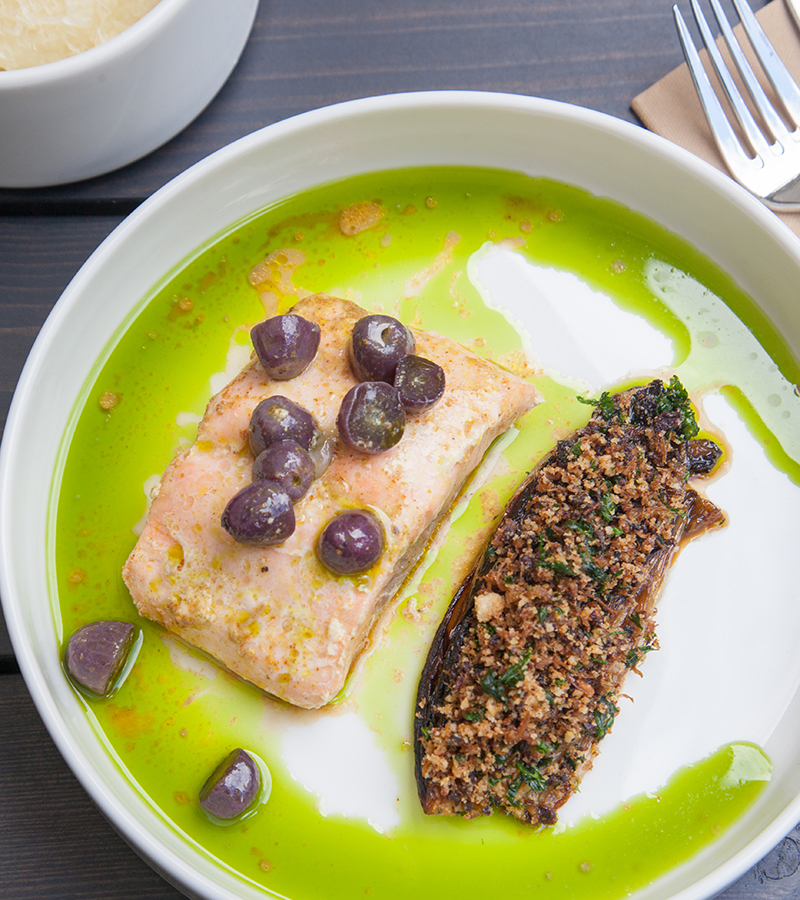 More subtle in its beauty, sous vide salmon is a fantasy of skill featuring cameos from beer braised chicory, crispy duck and fragrant Ras el Hanout curry, while on the other end of the scale, pizzas turn up drizzled with truffle oil, cured pork cheeks and lightly scorched onions – yes please. 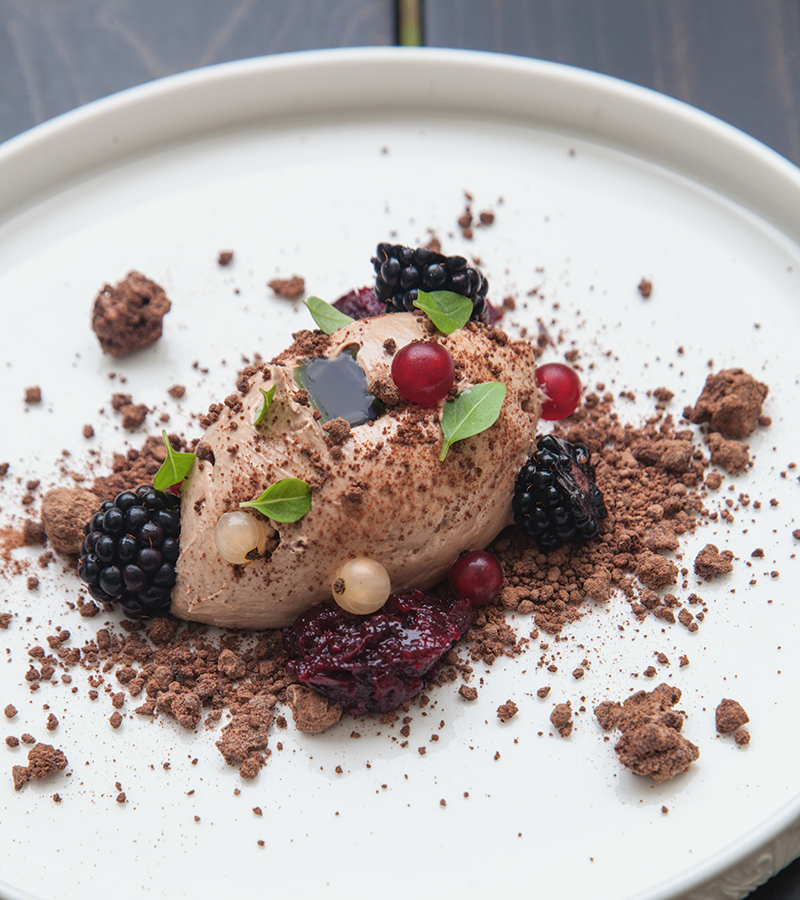 Desserts, meanwhile, are a fast track to happiness. Tied for first place, a slice of salted caramel tart with a yogurt sherbet competes against a rich chocolate mousse with blackberry jelly, chocolate soil and thyme basil oil. Both I’d return for in the good name of research and so too the drinks – sophisticated cocktails that are original and bold.

The Final Word
More often than not, places that rattle on about linking art with food just don’t deserve your trust: victims of their own hubris, they’ll often pan out to be an exercise in vanity that falls flat on its fate. Not Klonn, though you probably guessed that. 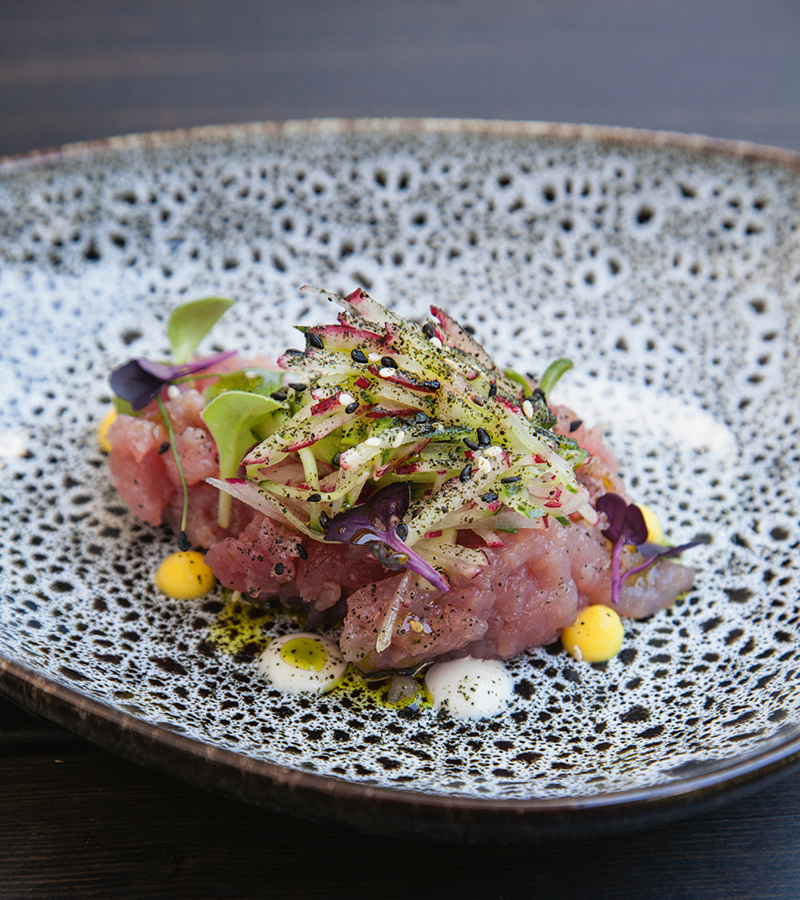 Managed by Arkadiusz Żochowski (also responsible for the group’s other two restaurants, the award-winning Zoni and Wuwu), high expectations are rightly met. Smartly thought out and brilliantly executed, in here everything joins together to form one natural whole – and yes, that means prices as well. 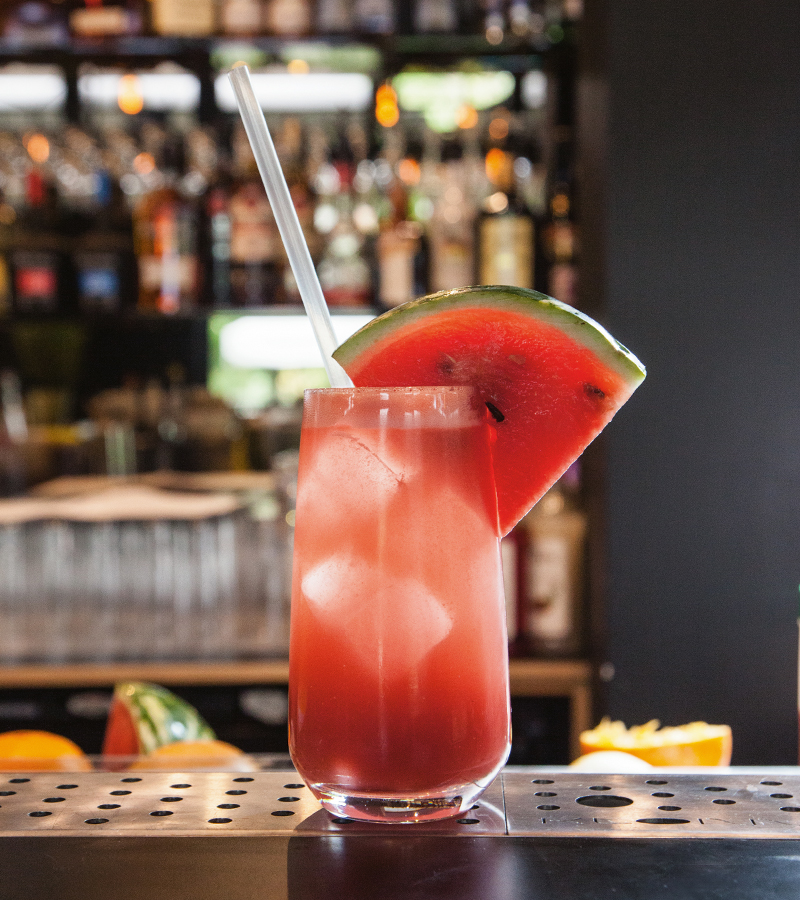 Excluding your drinks intake, a memorable meal for two shouldn’t exceed much more than a couple of hundred notes – a spectacular deal given the quality that you face.