Question: when do you know a Warsaw trend has reached its limit? Answer: when it penetrates the Old Town. If nothing else, 2014 was the year craft beer went from hipster niche to being embraced by absolutely everyone and anyone. From the glaring fakery of Sketch to the death by numbers of Piw Paw (97 tap FFS, you’ve aged a week before you’ve got halfway down their choice), multi-tap bars have sprouted like an aggressive bout of measles. 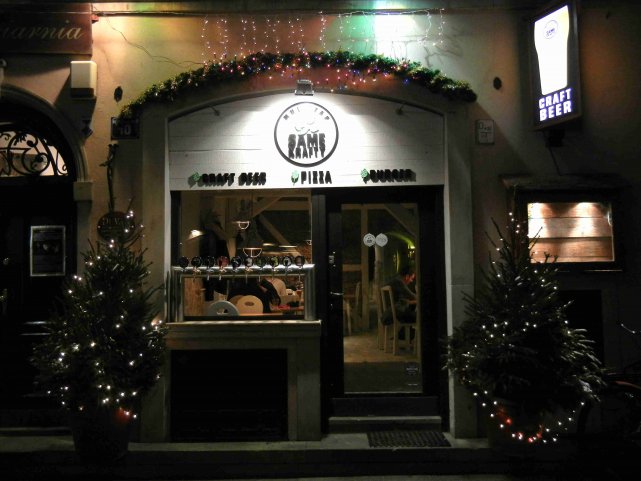 Fortunately, there’s a lot to like about Same Krafty – unlike many bars that have opened, you can tell there’s a sincerity about them and a passion for their product: that much is clear from talking to the staff. Set across two small rooms, it’s a rugged-looking place where the onus is on the beer – in their case, 10 taps carrying the latest cult domestic brews, and a fridge with some international offers from the likes of Kriek and Mikkeller.

And in spite of the tourist numbers and one-off customers prices have been kept in check: on the whole, you’re looking at zł. 10-12 for a pint. If there is a complaint, then it’s the seating plan: spaces at the back bar go quickly, meaning you’re likely to find yourself in the front room, cursing each and every time the door swings open and blasts you with a gust of winter – it’s no surprise to find people drinking without ever unbundling their winter combat outfits. 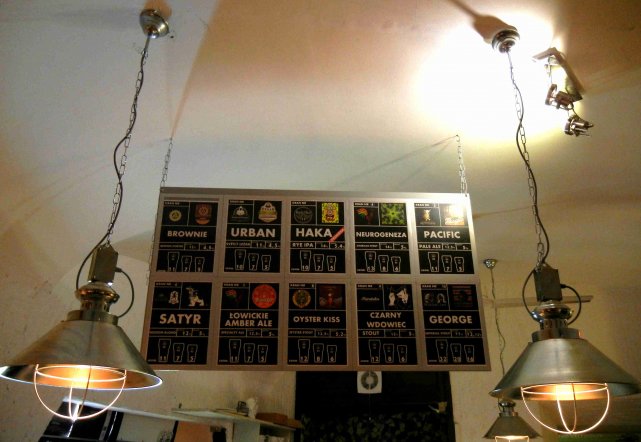 No-one seems to mind, though. In an area that’s underrepresented by bars (not to mention good bars), Same Krafty is a rare find indeed. And, if nothing else, it’s heartening to see that visiting tourists won’t leave town thinking Poland only drinks Żywiec. Warsaw has a habit of overdoing trends, but Same Krafty have nailed it just right.