Wojciech Kilian extends his reputation with a stellar performance 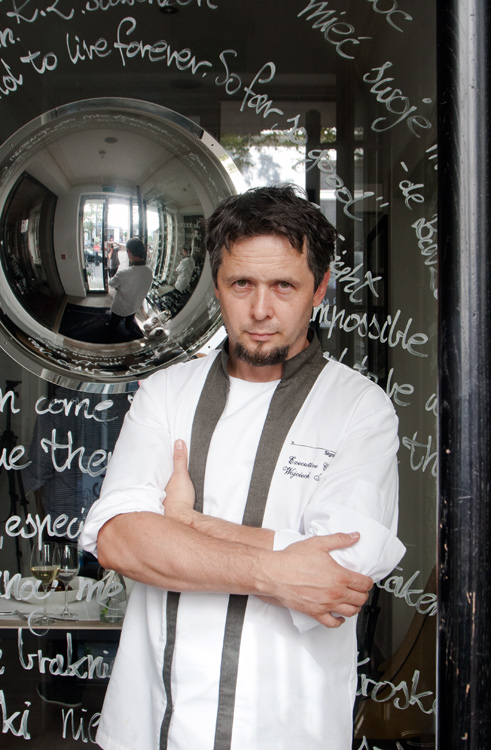 It’s all about the chef now. On billboards, online, on TV: everywhere I look, there’s a chef staring me down, usually in a bad boy pose as if spoiling for a fight. Warsaw’s fallen in love with cooking, and a side-effect has been the growing worship of the warriors in the kitchen. Great? Not so fast. A number of these chefs are in your newspapers on merit, and it’s only fair enough they’re getting their share of recognition. But the others? You sense they’ve been placed on a totem for no other reason than looking good in their whites. And with so many restaurants promoting their chefs as buccaneering stars with brave, new ideas, you get the idea it’s all something of a sham: a hollow exercise in myth making. 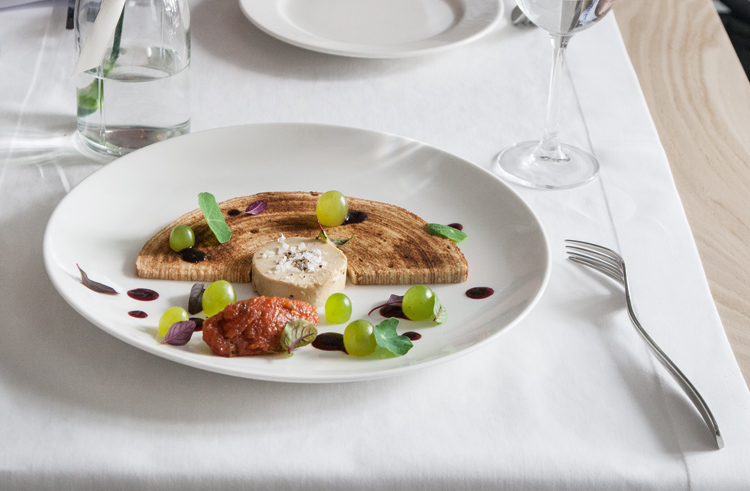 That’s one end of the scale. On the other you have lads like Wojciech Kilian, a chef who seemingly eschews the limelight: coaxing him out of the kitchen for a snap is just about the hardest assignment the photographer’s ever faced. And that, I find, is immensely reassuring: at last, a chef who doesn’t want to be in a magazine, he just wants to make your dinner – that gets my respect. Not just mine, either: Kilian’s work backstage has caught the eye of not only local diners, but also Michelin who deemed his Signature restaurant worthy of inclusion in this year’s edition of their Main Cities of Europe guide. 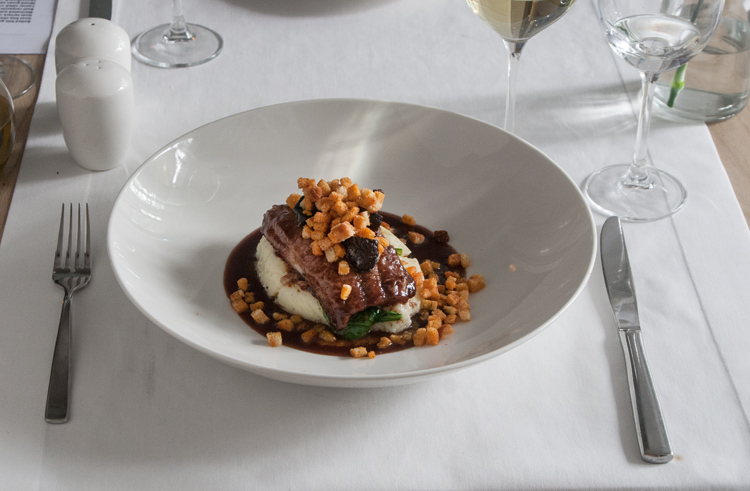 What’s the fuss about? Well, before the food, there’s the restaurant itself: beautiful. Those aren’t words you’d usually associate with a former Soviet Embassy, but that’s just what it is – think fancy columns, Oswald chairs restored from the 50s, and walls clad with photography from the canon of Milton Greene: no kidding, if ever the restaurant went bust they could just auction the tables off and relaunch as a gallery. 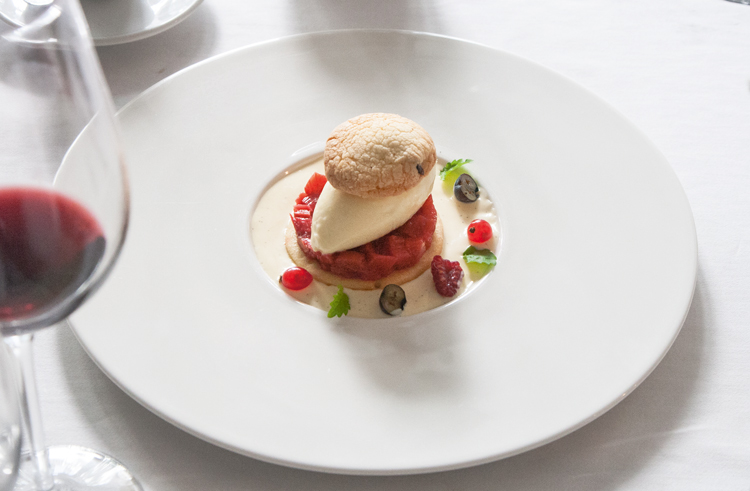 Of course, that’s not going to happen: food-wise, Signature makes a big splash with a seasonally modified menu through which Kilian expresses his considerable talents. Starters are marinated scallops that are creamy, soft and served amid artsy whirls and razor thin-radish; there’s a pan-seared foie gras, with grapefruit preserve and a ‘tree cake’ that’s wholesome and motherly – a Polish-Lithuanian specialty; and the highlight, a goat tartar in a ginger-cucumber sauce. 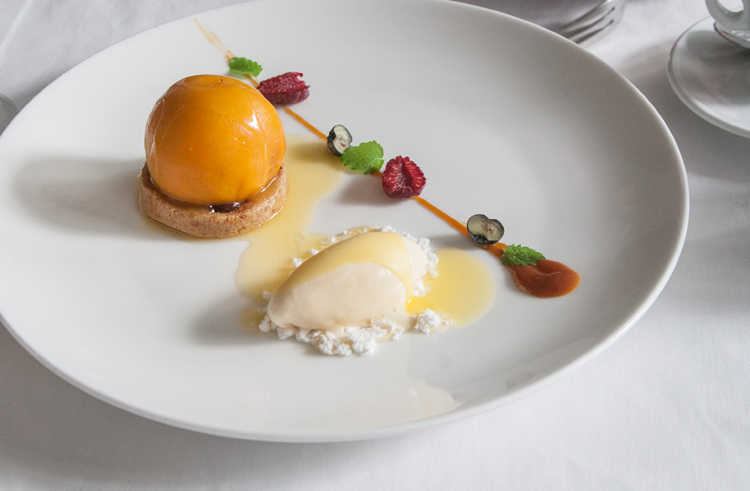 All three starters are intelligent works of meticulous precision: clever, creative, pretty. It’s with the mains that the real substance arrives. Grass-fed lamb, sourced from the village of Rupin, is presented by Kilian himself, with the chef making a tableside appearance to pour the truffle sauce. It’s an accomplished dish, but the real hero is actually the catfish. Served in a red wine sauce on a bed of potatoes, it’s an extraordinary combination that’s succeeds in being both light and delicate and yet rolling with complex flavors. How has Kilian done this? More importantly, how is it that for the first time in my life I prefer fish over meat? Big questions, no answers – but one very happy diner.
Some of my favorite desserts have rolled out of Signature’s kitchen, and this visit the star turn belongs to what the menu identifies as being Jersey cheese and white chocolate cheesecake, with rhubarb and vanilla sauce. It’s gloriously thick and heavy, but again not to the point of overwhelming. It’s the kind of dessert that gets visitors leaning back at the end and allowing themselves a private moment of smug satisfaction. And that’s a sentiment that applies to pretty much all we’ve had – but, I guess, that’s no surprise: it’s simply what happens when you get a talented chef who thinks about diners first, himself second.