Everyone talks about Powiśle like it’s the local answer to Brixton. So why does everyone go cold at the mere mention of Tamka? This issue we redress the balance, looking into the crooks and corners of this overlooked street… 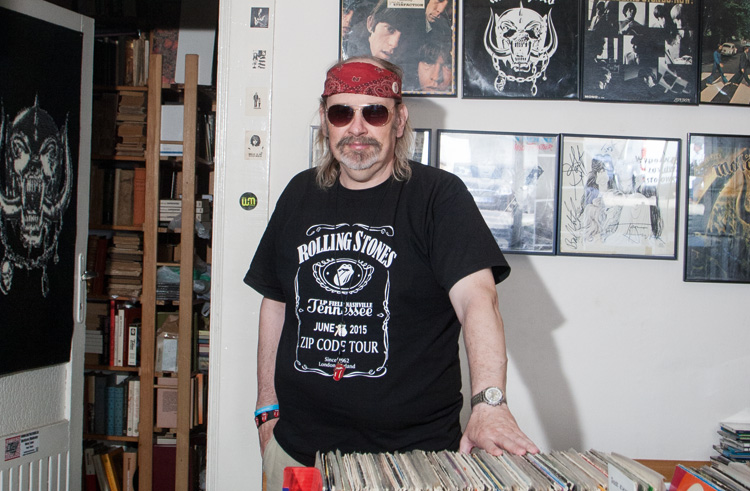 SHOPPING
Antykwariat na Tamce
ul. Tamka 45B
How can you not love this second hand store? Presided over by a super-friendly hippy-looking dude, consider this a mine of rare vinyl (Beatles, Hendrix, Sabbath, weird Polish PRL stuff), as well as 15,000 comics and books (inc. plenty of sci-fi and historical interest).

Antymateria
ul. Tamka 33, antymateria.com
Tucked around the back of the main street, this bike store specializes in the sale and repair of lightweight bikes – as such, there’s no shortage of satchel-carrying courier types lurking in the corners.

Holy Rags
ul. Tamka 45B
Looking to reload your wardrobe with a cult vintage look? Do it here. The emphasis is on women, but there’s also occasional pieces for gents. Check out their new arrivals on Facebook.

Street Supply
ul. Tamka 37, streetsupply.pl
Sneaker pimps extraordinaire, as verified by a Facebook following of over 22,000. Not bad for a tiny shop that only sells trainers. Brands include New Balance, Asics, Saucony, Nike and Onitsuka Tiger. Check their page for sales news

WND Toys
ul. Tamka 37, zabawki.wnd.pl
The façade leaves no doubt: it’s all about Lego at WND. This store packs in pretty much all the Lego products you’re after – and by God have they raised the ante since you were wearing shorts. 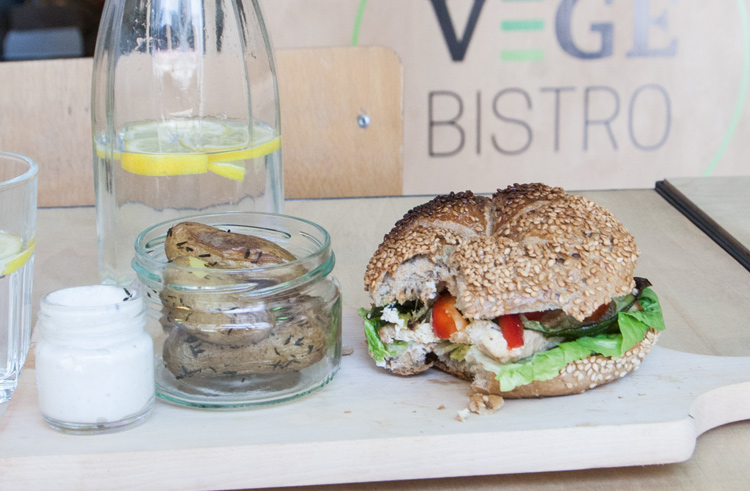 EAT & DRINK
Crepe Cafe
ul. Dobra 19, crepecafe.pl
Pancakes: the ultimate comfort food. Here they arrive in over 20 variations, including some you’d never dare to dream of: burger, white Kit Kat, etc. Once the initial surprise subsides you realize these are more than shock factor stunts – the quality is spot on.

Fabryka Lodów Tradycyjnych
ul. Tamka 31
The interior is ugly, almost an afterthought, but when it comes to natural ice cream they’ve got it licked. Well worth a quick stop. 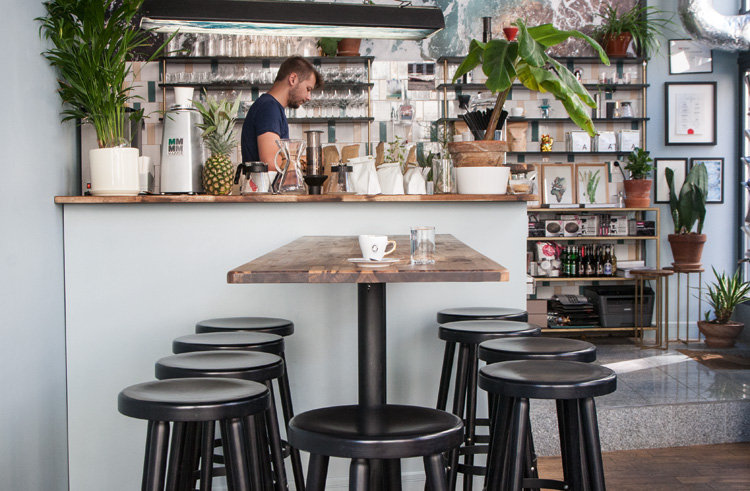 Stor
ul. Tamka 33
Small but perfectly formed, this corner stop has all the clack and clatter of a busy neighborhood café. Regional beers, Chemex and Aeropress coffee and gluten-free snacks and sandwiches provide plenty of reason to pop by and idle over Kindle.

Vege Bistro
ul. Kopernika 25, vegebistro.pl
The clue is in the name. We dropped in for a vege burger and, using Krowarzywa as the benchmark, were left disappointed by both the quality and the price. Here’s hoping you have better luck. 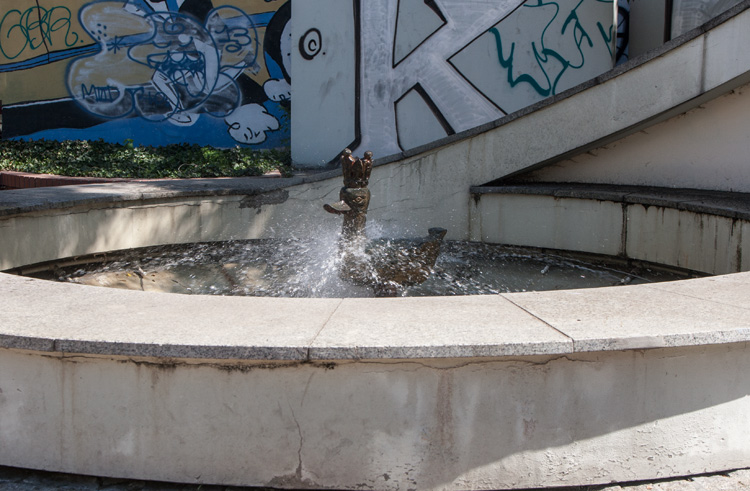 SIGHTSEEING
Chopin Mural
ul. Tamka 37
Covering 300 sq/m, this mural was commissioned as part of the celebrations marking Chopin’s 200th birthday. The aim, apparently, was to show Chopin as a man who lived life to the full, hence the cigars, fast cars, banknotes and bling.

Coca Cola Mural
ul. Tamka 36
Pass the sunglasses. This red horror went up earlier in the year and commemorates 100 years of the iconic Coca Cola bottle. With the Chopin mural on the other side, it’s a coin toss as to which wall is worse.

Dressing Station
ul. Tamka 45
Tamka’s involvement in the 1944 Warsaw Uprising is communicated via numerous memorials. But most people miss the red and white cross painted on the doorway of No. 45: that’s an original remnant from the building’s fleeting function as a first aid station.

Golden Duck
In front of Tamka 37
One of Warsaw’s enduring legends. That sad little fountain you see honors a princess that was turned into a duck (!). The story is too long for this space, so Google around. Spoiler: it involves gold, a young cobbler and a feel good moral.

Mermaid
By Świętokrzyski Bridge
The face of Warsaw’s fish-tailed mascot was modelled on the 23-year-old poet Krystyna Krahelska. She was fatally shot on the first day of the Uprising. The mermaid just about made it through the war, albeit with 34 bullet holes visible to this day.

Residential Towers
ul. Tamka 49 & 40
Okay, they’re not attractive, but architecture buffs might appreciate the form of this pair of towers. Built in 1961, they’re inspired by the school of design popular in South America at the time. No. 49, incidentally, was formerly the Journalists’ Housing Co-op.

St. Teresa’s Church
ul. Tamka 4A
Not Warsaw’s most magnificent church by any means, but it’s well worth a gander on a rainy day. Opened in 1938, it kept stubbornly going for services until it’s near complete destruction in 1944 – for proof, check the pictures inside the main entrance. It was finally reopened in 1969.

Świętokrzyski Bridge
Bottom of Tamka
Completed in 2000 at a cost of zł. 160 million, Warsaw’s first suspension bridge controversially replaced the 15-year-old Most Syreny. Unpopular at the start, the 479 meter construction has since grown to become symbolic of modern Warsaw and is a frequent sight on the TV: allegedly it’s the most filmed bridge in PL and has appeared in numerous ads and music vids. 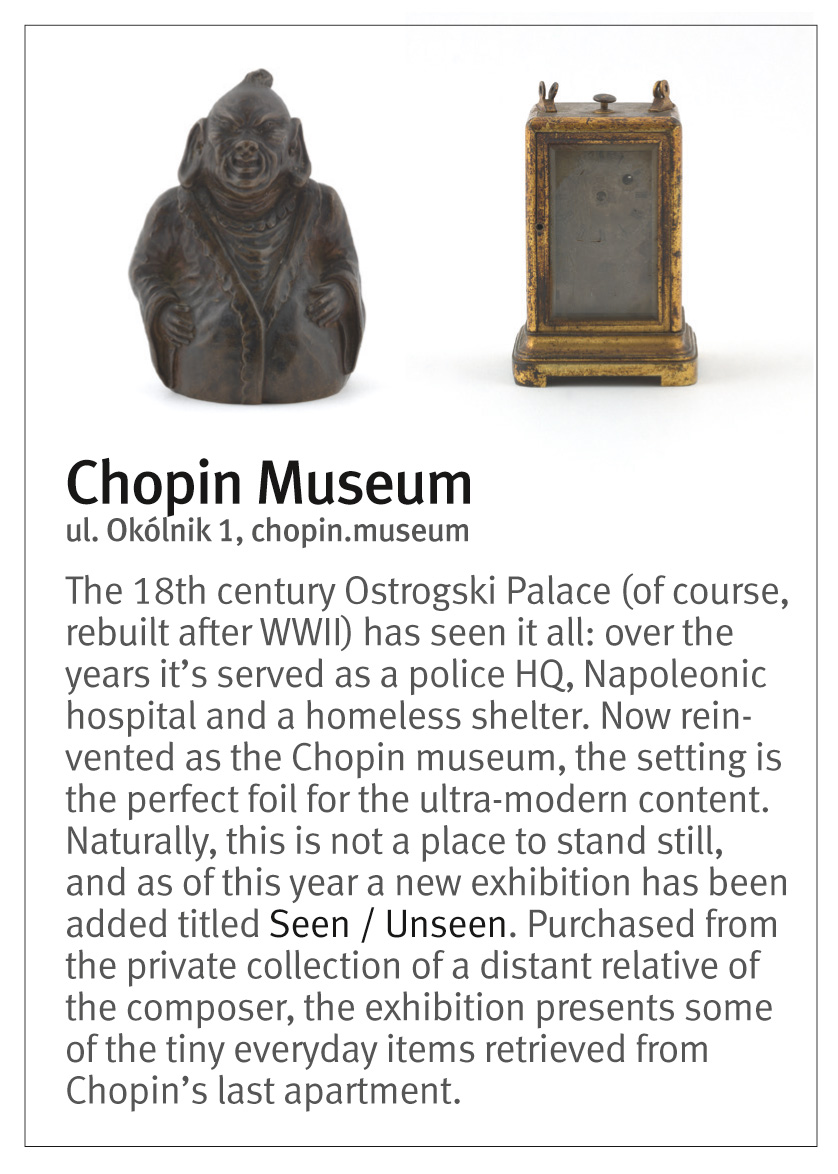