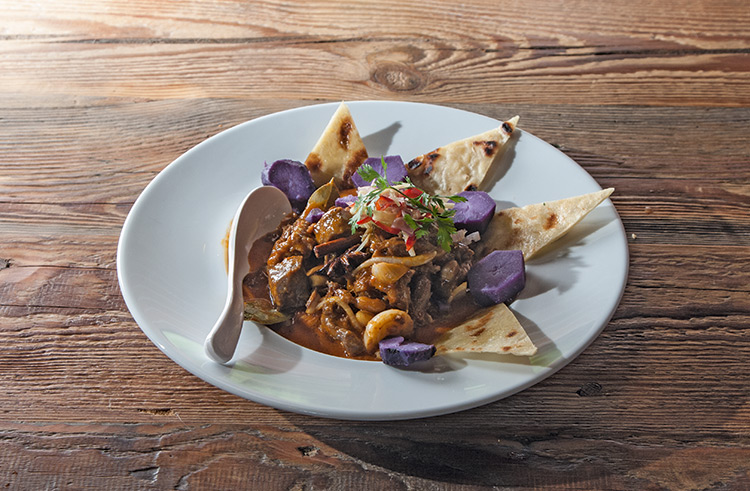 The message was brief but to the point. It read, simply, ‘new favorite restaurant’. In spite of living one tram stop away, it was actually the staff photographer who beat me to visiting Thaisty and his verdict, while terse, was 100% legit – within a week I had visited with such frequency that I earned myself a discount. So when the idea of a working lunch was floated around the office, picking Thaisty as the location was a no-brainer.

As it turned out, Monday wasn’t the best time to turn up mob-handed. “I’m really sorry,” apologized the waitress, “but we were so busy over the weekend that we’ve run out of several items.” Instead of the usual menu we’re therefore presented with a slimmed down version that’s been printed that morning – original disappointment aside, I immediately respect how they’ve chosen to deal with this situation: ‘the show must go on’, and all that.

Also, I secretly enjoy that I’ve been pushed out of my comfort zone: in my four visits prior my order has steadfastly been the same (BBQ beef skewers followed by duck breast in red curry), today though, I have to experiment – either that or dine in Sphinx around the corner. Wisely, experimentation wins, and so it should when you learn that it’s the award-winning Chanunkan Duangkumma in the kitchen. 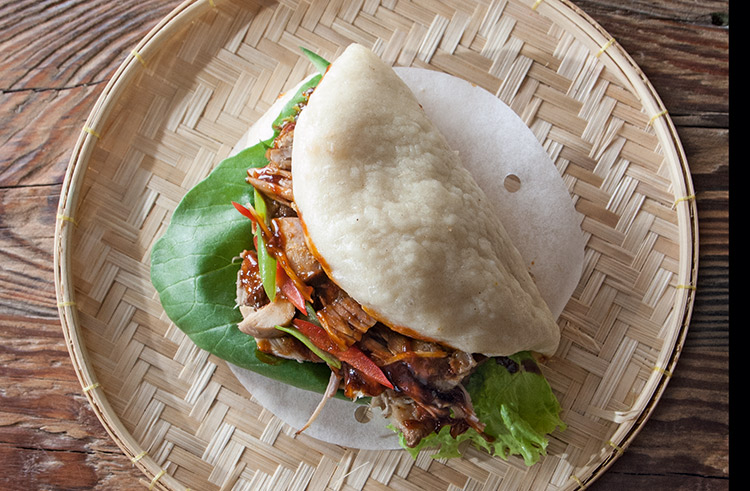 While today the menu has been shortened, it hasn’t been shortened to the effect that choice is scant. As a result the three of us decide to go our own way on the orders and share out the spoils. This means an equal share of the chicken satays, which are served with a delicious peanut sauce that’s practically as thick as marmalade. The steamed dumplings – bursting with minced pork, shrimp and Thai herbs – leave a similarly good impression. Topped with a thin crown of red caviar, they’re wolfed down with gusto. There’s a real sense of street food authenticity to the starters, and that’s underlined by the Pekin Bun, a steamed bun loaded with duck, leek, lettuce and hoisin sauce. Equality be damned, I’m delighted that no-one notices that my share is the largest.

Mains see us make acquaintance with steamed squid stuffed with pork and then set down in a deep salad resting on a chili and lime sauce. The flavors flash like gunfire and prove severely addictive. Then there’s steak, with the hotplate it’s served on quickly becoming a battleground of competing cutlery: me, me, me. Marinated in Merlot and assorted spices, it’s simply incredible – no more words needed. Served with a Som Tam salad cascading with greenery, grapes, papaya and shrimp, this is a main that makes it’s zł. 59 price tag look like a mistake. Shush, don’t tell them. 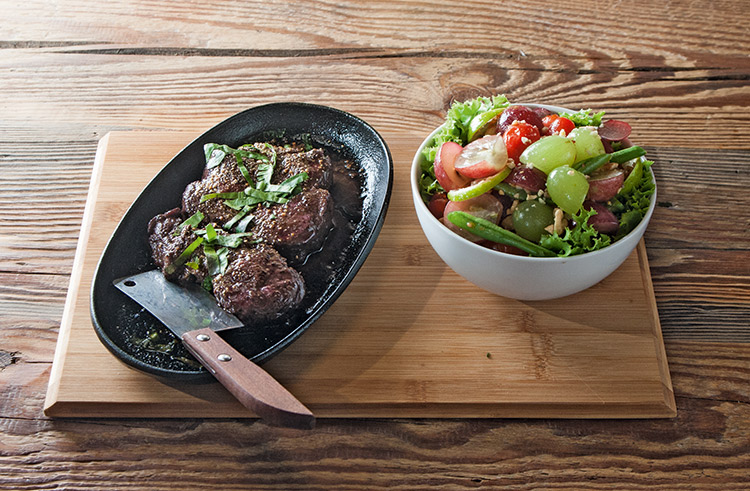 Staggeringly, this is not the best thing we try. For that allow me to advertise the Matsaman curry. Accorded a wondrous looking star shape, first instinct is to snap a photo and post it on Facebook. And neither does the taste disappoint. Bedecked with violet potatoes, triangles of roti and heaps of beef, it’s a dish that’s rich, sweet and dances on the tongue. Outstanding. The plate is left so clean you suspect the dishwasher has the easiest job in Warsaw.

There’s much to love about Thaisty, and with its urban style it feels almost like an ambassador for a new generation of restaurants. Opened in May, word has spread fast around Warsaw. They’re already busy, they’re already buzzing. It feels great. So who cares if they run out of my treasured BBQ skewers every now and again? Not me. Not anymore.