A new venue leads the renaissance of Próżna street… 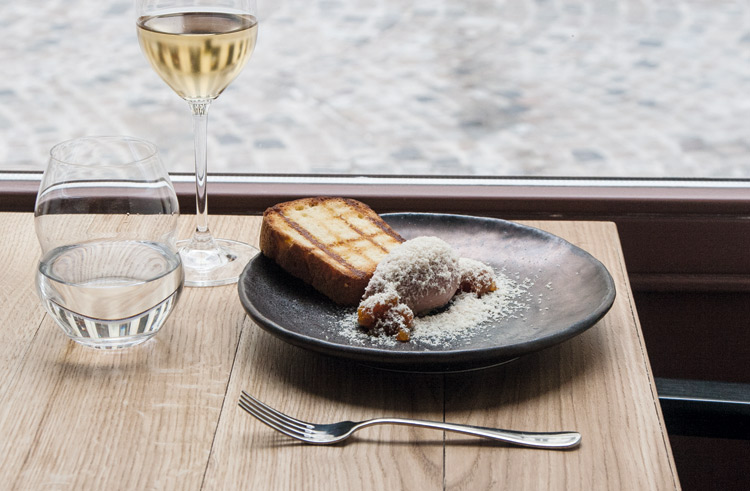 First came the builders, rehabilitating the area in a way no-one could have imagined. Then came the restaurants. The latest, to that effect, is Kieliszki na Próżnej (Glasses on Próżna), so named because of the 1,116 wineglasses that hang tantalizingly over the bar. I know this not because I’ve counted them, but because the waiter reads my mind and answers my question before it’s even asked. An impressive trait. 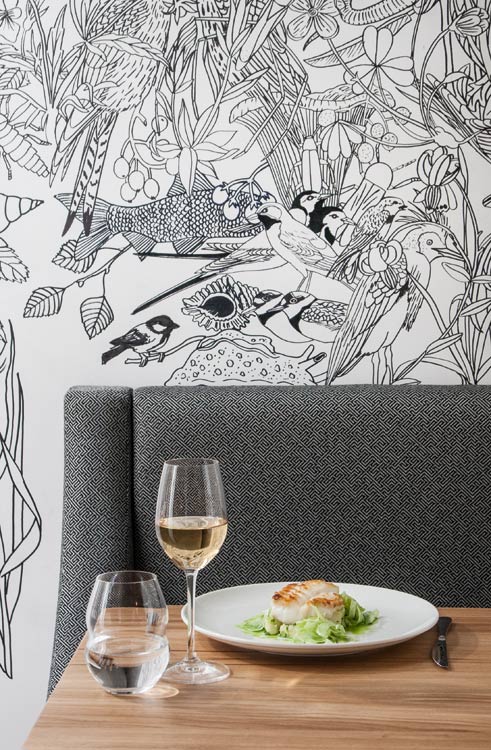 As an anchor feature the suspended glassware is arresting, and equaled only by a long stretch of wall art doodled by Mariusz Tarkawian: the temptation is to follow the artist’s captivating wildlife scenes from one end of the room to the other. Bugger the other diners, do it, and once you’re done, then you can settle.

The menu isn’t the toughest reads there is, with a changing offer that – on my visit – features just four mains, seven appetizers and a similar number of small plates. But I’m fine with that; it’s a menu that slots in well with that whole downtown bistro vibe. From the starters we order foie gras pate with a toasted brioche. Thick and brilliantly spreadable, its bold, deep flavors are perfect for the moody autumn weather.

There’s a separate plate of brawn, with this slab of pig flesh served with pink pickled radish and a lustrous parsley olive sauce. Taken on their own, the separate components would feel one dimensional. Put together, the combination is complete seasonal comfort: a hearty dish that insulates the soul. And where would we be without the herring? This thick slither of Baltic fish comes adorned with clever curls of beetroot, pinches of potato and a welcome dab of cream. Approval is unanimous. 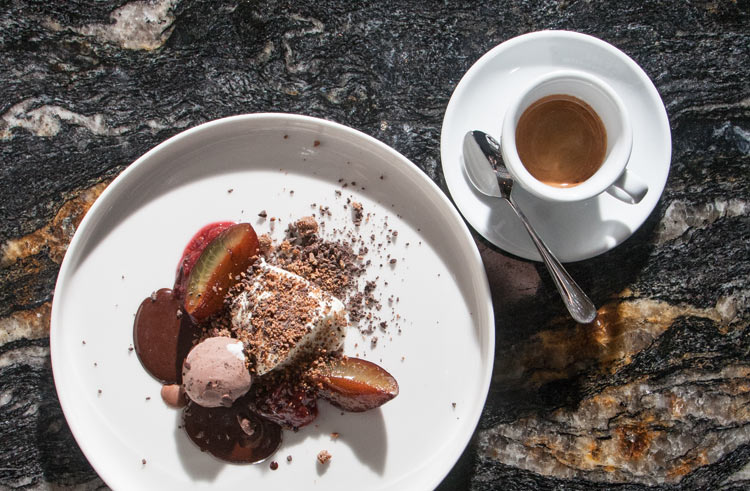 In terms of ordering, that’s the others done. I’m on my own for mains, and I’ve gone for cod with chives, fennel and lemon. The plating won’t win any pageant’s, but in this case the beauty lies within. It’s as good a fish as I’ve tried in recent times: delicate, soft and moist, the kind of dish that compels you to post to Instagram together with infantile hashtags that say things like #foodgasm. The others don’t know what they’re missing.

A generous chunk of my life has been spent eating dessert, so there’s just no way a groaning belt buckle will stop me at this stage of dinner. Plums with bitter chocolate is the order, and it’s a good call of mine – a dish filled with sweet, sour tastes balanced out by a soothing scoop of vanilla cream cheese. To call this a convincing conclusion would be a gross injustice: it’s more than that, it’s a modest piece of excellence.

And that, I think, is a good way to describe the cooking. Kieliszki na Próżnej is not a venue that places fads on a pedestal – the interiors might be ‘now’, but the cuisine is a truthful work that relies on high quality ingredients cooked by high quality people; they know what they’re doing and don’t go for needless complications. Próżna is beeping loudly on the foodie radar, but that’s no guarantee for the restaurants that have appeared – some will fade, and others will die. But with such a solid philosophy behind them, don’t expect Kieliszki to be one of them. (AW)