Gallivanting around bars and restaurants might sound like a pleasurable way of earning a few bucks, but it does have drawbacks – especially in Warsaw. I’ve a list longer than a snake of restaurants I need to visit, which means only rarely do I get to revisit places that have genuinely impressed. Take Winosfera, for instance, one of my favorite openings of 2013. While it’s practically the only good restaurant within a two mile radius of my flat, it’s been probably nine months since I last popped by. Clearly, this stat had to change – and it did, yesterday.

The Place: oozes urban cool. In pre-war times it housed a cinema, in later years a shabby garage and then, umm, a disused space that looked in danger of collapse. Now fully revived, it’s raw and industrial yet never too severe. It helps, as well, that small nooks have been added: a side terrace shielded from prying eyes, not to mention a smokers’ alley for hopeless addicts like myself. 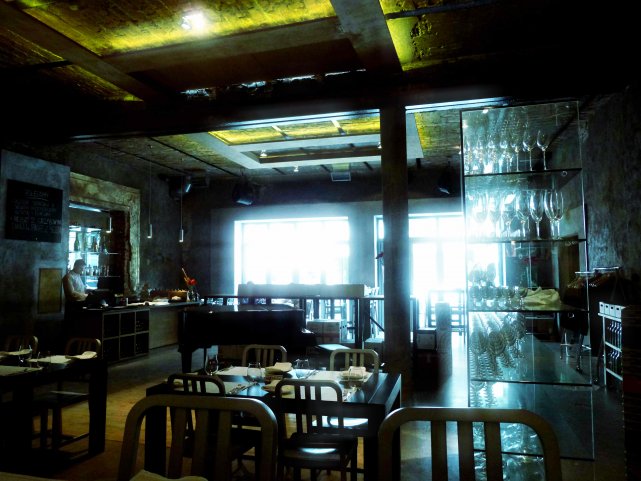 The Staff: were utterly bewildered by my entrance. I haven’t felt this unwelcome since I staggered into the neighbors flat by accident the morning after the night before. I wouldn’t call them rude, but on yesterday’s showing Winsofera’s front of house desperately needs a re-haul. First impressions count, and here I was treated with a disinterested shrug and some unenthusiastic mumbles. “Look,” I wanted to say, “if you can’t be bothered I can go somewhere else.”

The Chef: Jakub Adamczyk is part of a crop of young Polish chefs who’ve returned to the homeland after a stint abroad. In Adamczyk’s case, he counts Phil Howard of The Square as his mentor, and has also worked under the likes of Martin Caws and Marco Pierre White.

Starter: octopus tagliata served with chili, ginger and Peruvian mango. The overwhelming sensation was of a great, big nothingness. It’s light and fresh, but there’s nothing there that gives me tingles.

Main: a medium rare beef tenderloin with Portobello, potato puree and salsify. Now this is more like it, with the dish presenting lots of ballsy, satisfying tastes. The cow is tremendous, and served with a slick of sauce that’s lavish and luxurious while allowing for the full flavor of the meat to come through. Faultless, excellent, etc. 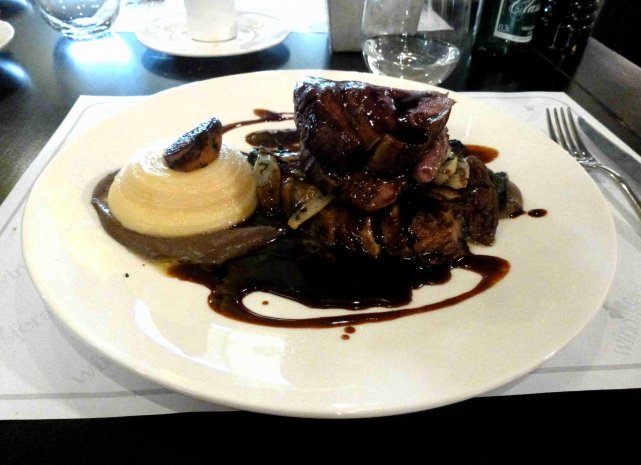 Dessert: rhubarb cheesecake with a scoop of own-made sorbet. Subtle and elegant, it’s a dessert I could eat over and over.

Other: I’m adding Winosfera to my list of places with impossible wifi. Being unable to connect online when I’m on my own is a specific pet hate, and here I find my patience challenged to the max.

Prices: with my main alone costing zł. 94, Winosfera is expensive. But over-priced? No. So long as people go there, then it’s clearly not. Sure, the prices have been adjusted to the clientele – business bods, wannabe’ yachties, ladies who lunch, etc. – but in general they reflect the ambitious standard of cooking.

Overall: Winosfera is not perfect and I left with mixed feelings – taken as a whole the food was enjoyable, and in some points fantastic, but Warsaw’s dining scene is now seriously competitive: I can find the same quality in places where the staff don’t treat me like a face they saw on Crimewatch.