bar299 bistro25 cocktails112 drinks333 nightlife290 saska kepa52 summer21
Back Story Something of a modernist pearl, the Łepkowskich Villa was completed in 1935 according to a swish design coined by Lucjan Korngold and...

Joining the battle for the title of Warsaw’s top summer space, a Saska jewel reopens under the banner of Flaming…

Back Story
Something of a modernist pearl, the Łepkowskich Villa was completed in 1935 according to a swish design coined by Lucjan Korngold and Piotr Maria Lubiński. Commissioning it was Józef Łepkowski, a car dealer specializing in the import of American automobiles such as the Chevrolet.

Commandeered by Polish forces during the Siege of Warsaw, it was at the forefront of Saska Kępa’s defensive actions in 1939. In the post-war years, it became a bulwark of French diplomatic activity and served as the ambassador’s home from 1946 until 2005.

In more recent years, it was reabsorbed into the district’s social life under the guise of Biała, a cocktail-coffee concept by Grupa Warszawa. 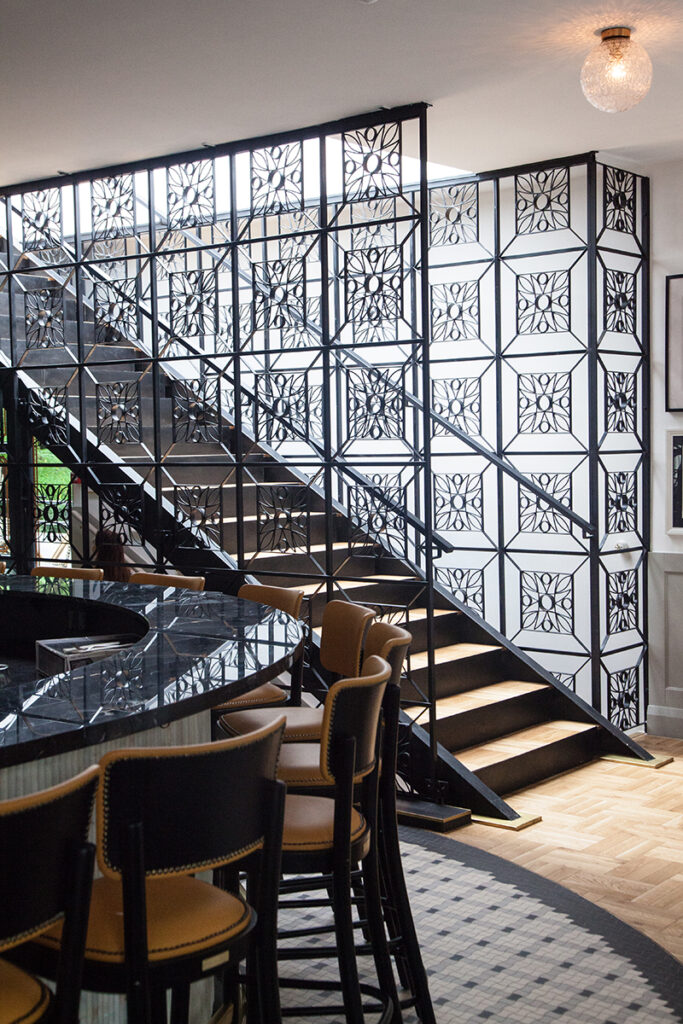 Then What?
Then came Flaming & Co. Already known in the city center for a food & drink concept channeling the Long Island spirit, their latest venture opened in June under the banner of Flaming Bistro. Although it’s early days yet, you get the idea that a legend has been born. 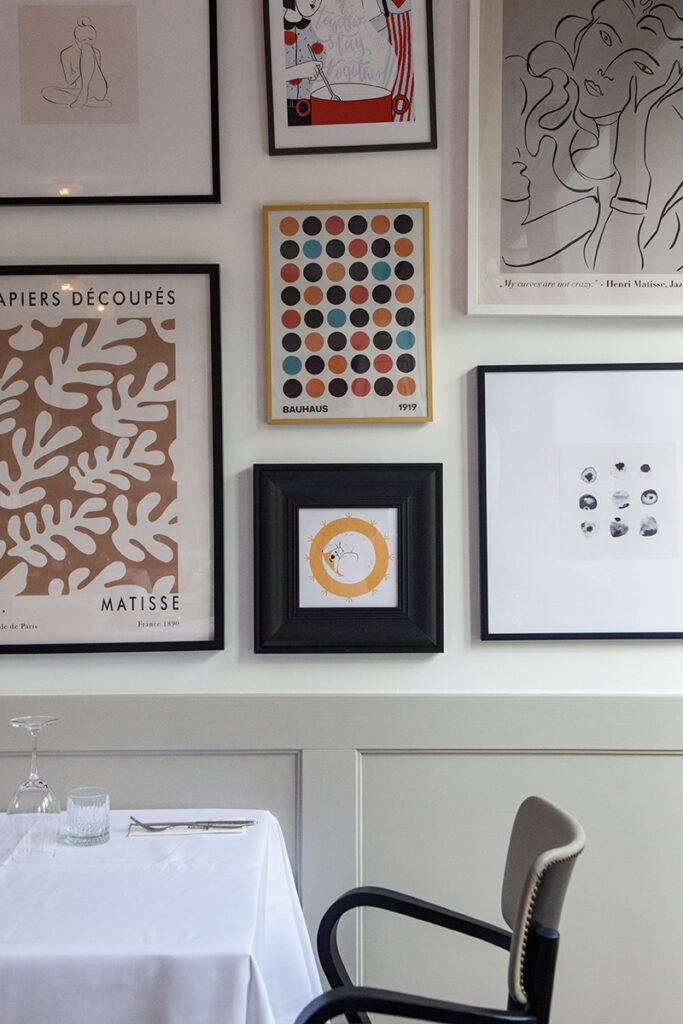 The Clincher
Rarely has a concept been better suited to the overall backdrop. With its perfect white colors, the glass-fronted oblong form of the Łepkowskich Villa has an elegant sophistication to it that’s delicious on the eye. But it becomes even more so out the back. 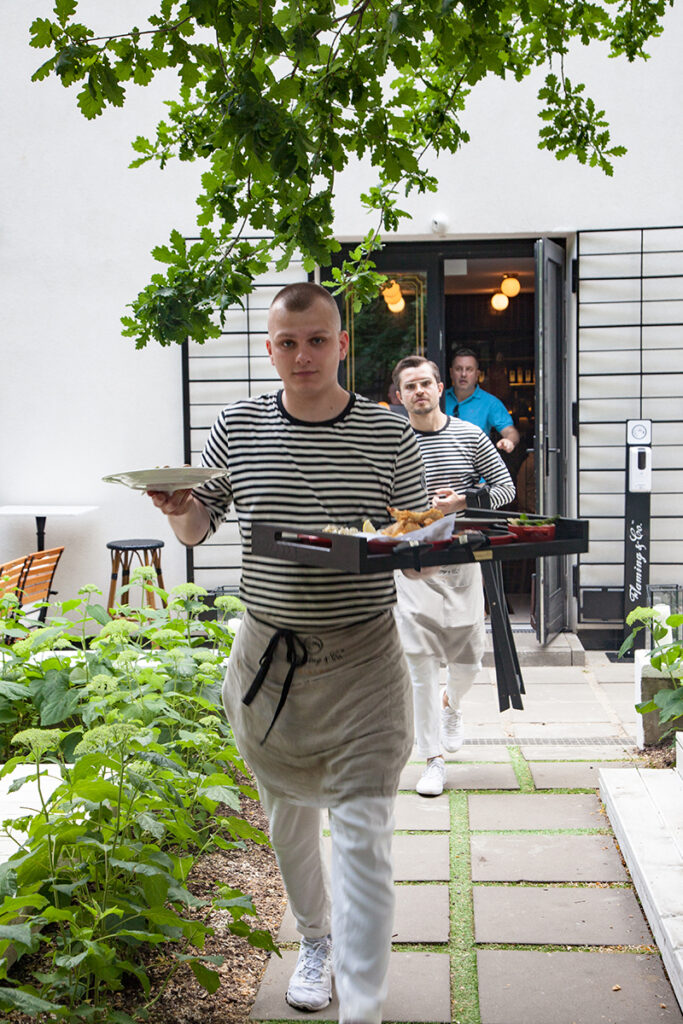 It’s here you’ll find a garden that’s been in-filled with well-spaced wooden decks hiding amid the vegetation and plant life. A garden in the truest sense of the word, the best view is from the balcony on top. Set aside for smokers, and accessed via a glorious spiral staircase, it’s from here you gaze down on the people gathered below as you consider all the good things about life.

And if the crowd look impeccable in their freshly-pressed polos, then don’t think for a moment it’s entirely serious – this being The Kępa, kids and dogs are not forgotten. In one corner, find a quietly hidden inflatable slide and play area, whilst out front discover a doggy bar fitted out with water points for your four-legged fiend. 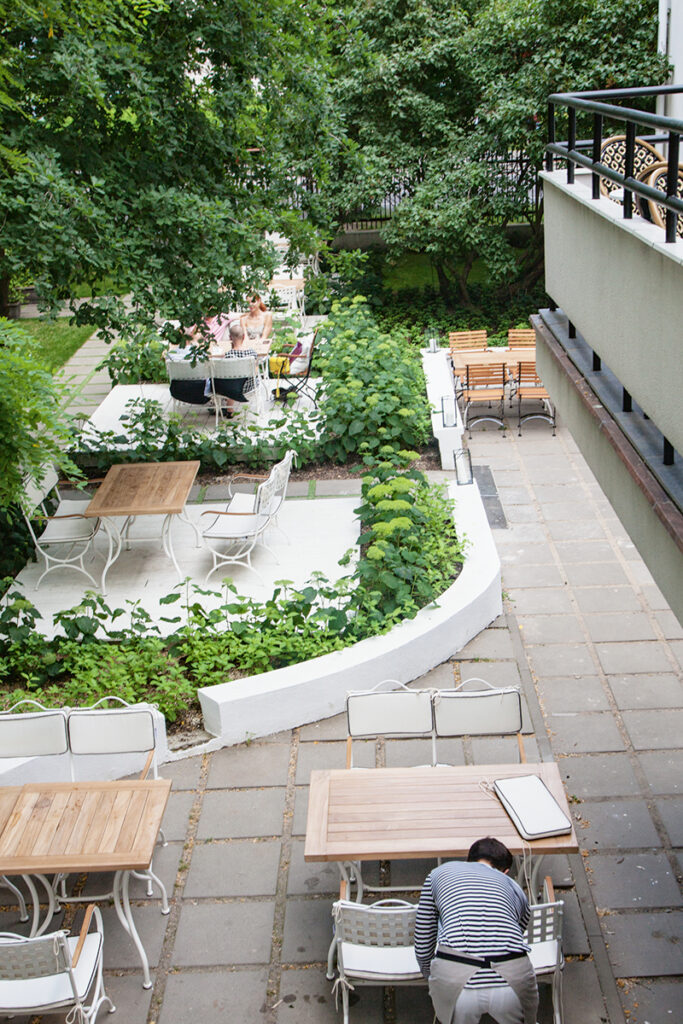 And if you don’t care for either children nor animals, then the large footprint of Flaming Bistro’s garden ensures you won’t be bothered by those that do – it’s a win-win.

Drinks…
Are fab. You’ve got some craft beers from upscale breweries like BeerLab, a strong wine list, a good choice of house lemonades (Insider choice: the yuzu tang) and… cocktails. The classics are great, but you’re a moron if you don’t hit them up for their own Flaming Specials. 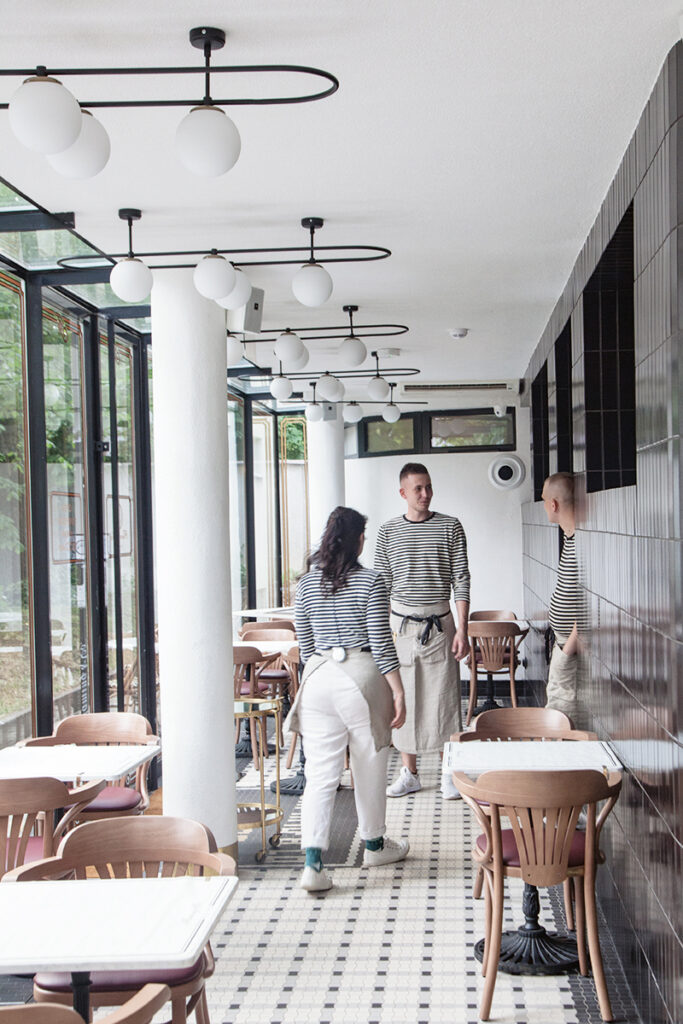