The Where…
Once rundown and abandoned, Wola’s eastern rump is set to become a poster child for regeneration thanks, largely, to the Browary Warszawskie project. Covering the area that once housed the 19th century Haberbusch & Schiele brewery, the plot as been subject to rigorous work over the past five years with the over-arching aim envisioning the area reintegrated into Warsaw’s urban fabric through the introduction of swanky apartments, shiny offices, revamped historical structures, green plazas and fancy woonerfs. And gluing that altogether, you’re right to expect a full-on assault from the food and beverage sector. 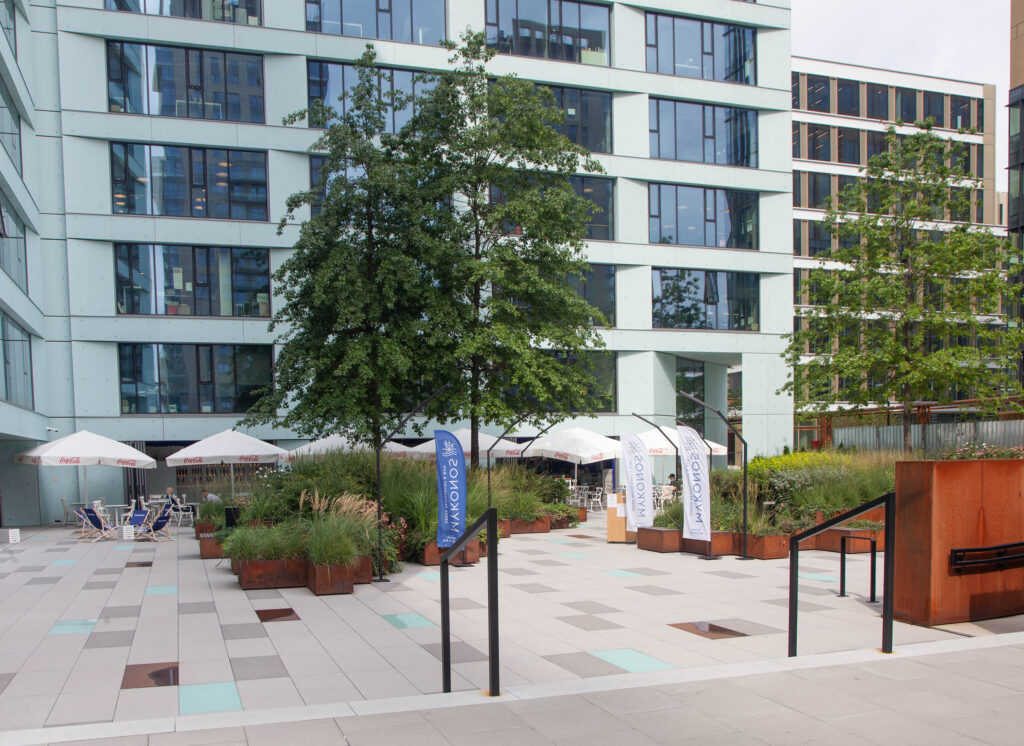 Eventually (this year we’re promised), that’ll mean a restaurant backed by football star Robert Lewandowski, not to mention a Hala Koszyki-style food hall. In the meantime, though, a taste of things to come has been provided by Mykonos, the first restaurant to open in this ambitious development. 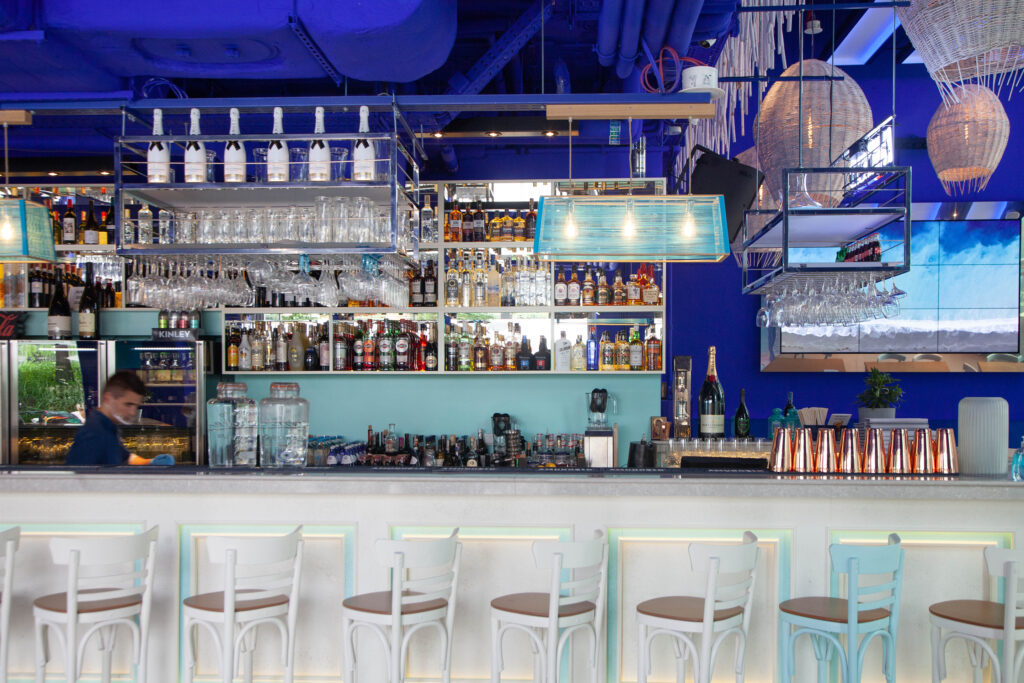 And The What…
You’re struck first by the sheer size of Mykonos – it’s simply immense. That applies as much to the vast, slick terrace as it does to the interiors: dominated by the national colors of Greece, they’re smart, chic and spacious, but never does the cosmopolitan style lose the fundamental casual effervescence one naturally associates with the jewel of the Aegean. 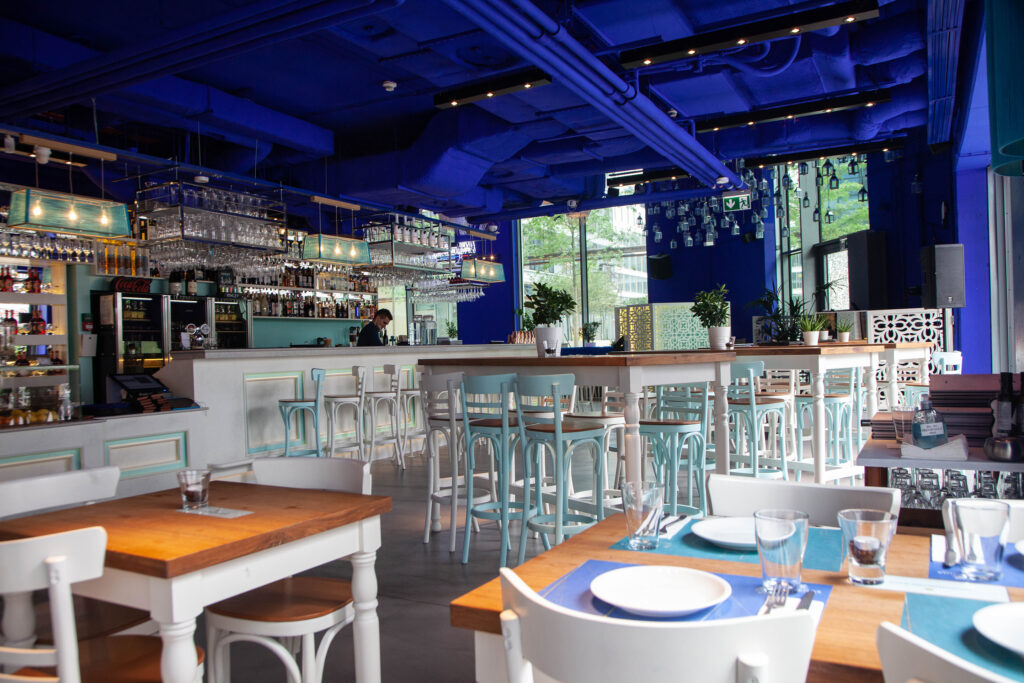 In this ‘island experience’ live DJ sets help maintain the mood, as does a competent drinks card complete with traditional Greek spirits and fun party cocktails with names such as Medusa’s Charm and Zeus Is A Sinner. 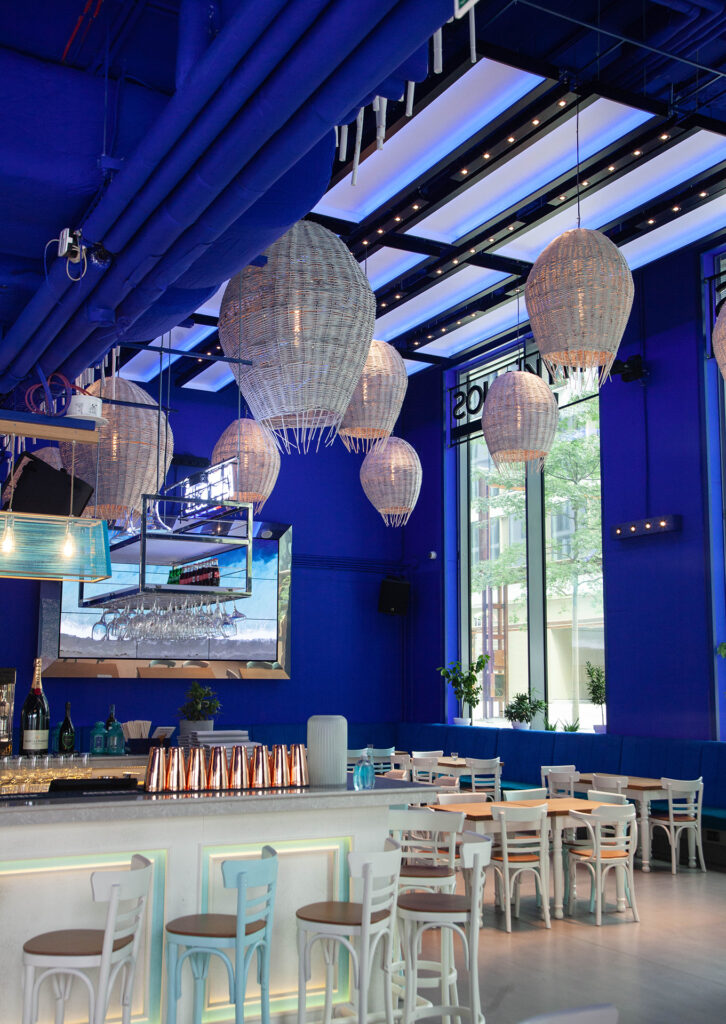 But how does the food score? Very well indeed. Keeping an all-seeing eye on the kitchen is Theodoros Vogdanos, a chef long associated with Mykonos’s sister restaurants of El Greco and Paros, and his experience and passion resounds through the menu: traditional marinades, top quality olive oil, fluffy moussaka, beautifully grilled meats and fresh seafood all contribute to make eating here a pleasure. It’s not rocket science – Greek cuisine rarely is – but it is everything you remember from your holiday by the sea: unfailingly delicious. 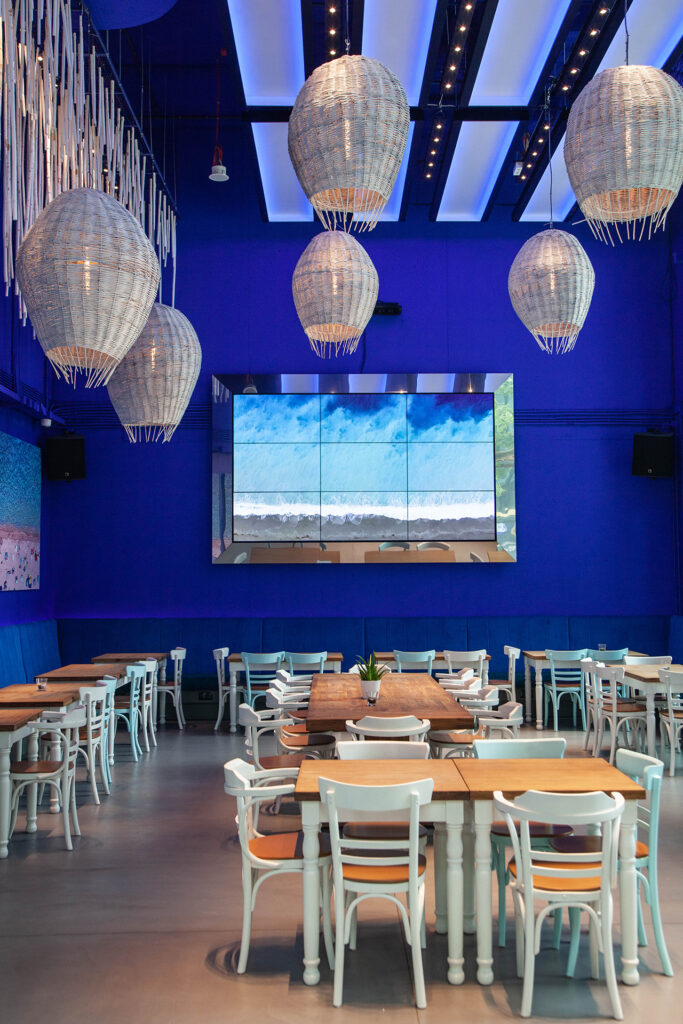